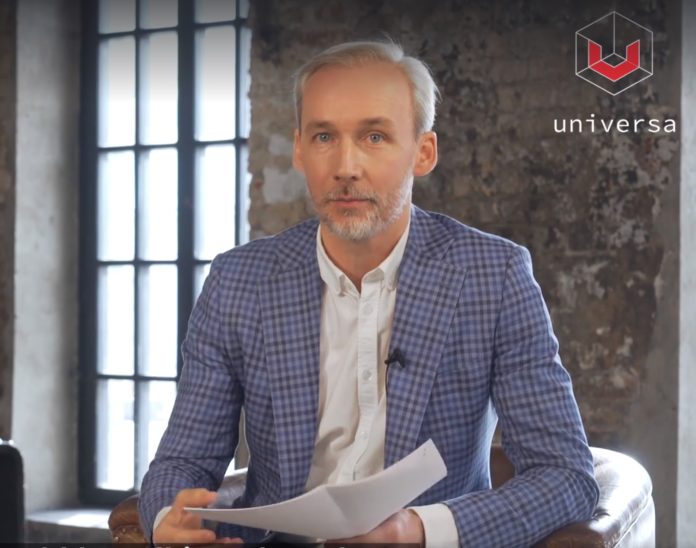 The founder of the Universa project, venture investor Alexander Borodich, spoke about the current works and development plans for the Universa Blockchain project.

October 16, the founder of the Universa Blockchain project, that collected 28.5 million dollars during the ICO, venture investor and visionary Alexander Borodich, spoke about current and future projects of the Universa platform, as well as the main direction of the project.

The cryptocurrency market is currently in a protracted flat, and, of course, former crypto enthusiasts and crypto investors are worried about what will happen to projects they have invested in during the hype. The top second cryptocurrency Ethereum dropped to 200 dollars, but work on the development of the platform continues in order to improve network bandwidth: by 2019, sharding, switching to Viper, Casper integration and other strategies are planned to be implemented despite market speculations.

Universa is also working on projects within the framework of agreements that were reached with representatives of governmental bodies and large commercial companies of several countries, the implementation of which require months and years. One of the landmark projects is a contract concluded with the Malaysian Ministry of Commerce, through which 6 million Malaysians will receive financial assistance, while the funds allocated by the government can be spent on food, rather than alcohol and cigarettes, thanks regulations made possible with Universa’s smart contracts. Universa received 600 inquiries to purchase nodes, and the number of these applications is growing as more and more people in different countries learn about the benefits of the technology.

Alexander Borodich made note of three main indicators of platform development, such as:

– an increase in the number of Universa users;

– amount of money collected within a specific region.

The main areas in which Universa is developing at the moment are:

Lighting, traffic lights, parking, timetable for public transport. Implementation of pilot projects in cities where automated control and management systems for lighting and urban engineering will be run in.

The ability to run upto under-utilized capacity in factories, work with industrial enterprises in Russia, Kazakhstan and Mongolia.

Works on digitization of budget and control of its use.

Not only the return on investment of early investors is hinged on the success of these pilot projects, but also the future look of modern technological civilization, changes in which will affect the daily lives of every resident of the modern metropolis. Alexander is confident that as soon as the pilot projects show their effectiveness, Universa will be able to scale what has been done for one city to all cities of the world that decide to be open to blockchain technology. Furthermore, the best practices in the use of Universa technology can easily be scaled to all countries of the world, giving rise to a technological revolution comparable to the introduction of, for example, electric lighting or wiring.

Universa today is one of the few technologies in the world that allows to digitize the state as a customer, although the rise and fall of the token market capitalization is not an indicator of the viability of technology. The development of the software, which before Universa no one has ever worked on before, requires large financial and time resources, as well as attracting the best technological minds from all over the world.

The level of training for specialists is the main challenge for the transition to the new technological structure. Another challenge, voiced by Borodich, was state regulations. For example, laws on personal data protection require the ability to extract personal data from databases on request, but everything that is written onto the blockchain remains there forever. This may mean that technical advancement is ahead of the current state of legal systems of many nations.

Universa may become the protocol of the 4th industrial revolution

Universa plans to enter the top 5 most popular blockchain platforms, becoming a channel through which all digital assets and information will pass through, whether it be Bitcoin or Ethereum.

Obviously, thanks to increasing interest from central banks of the most developed countries in the world, paper money within the next 5-10 years will be a thing of the past. Alexander Borodich is sure that many of these states will use the Universa protocol.