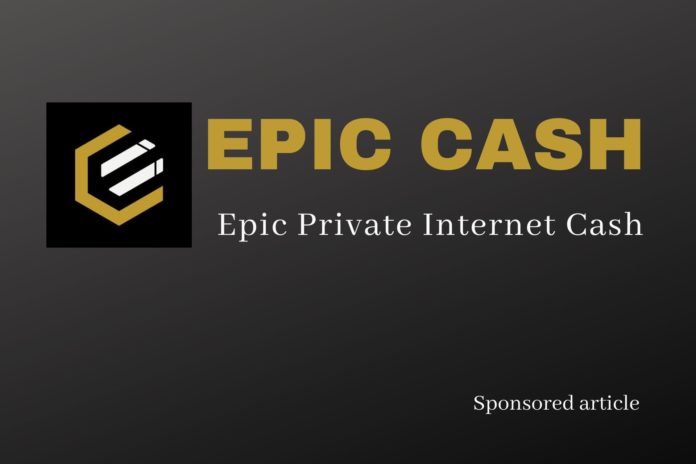 Epic Cash is the newest member of the family of cryptocurrencies that was launched in September 2019. Epic Cash focuses on easing transactions with the motive of providing a medium of exchange to those who lack access to financial services.

Since its launch, it has been continuously enhanced and embedded with some pretty impressive features. The use of MimbleWimble blockchain protocol provides all those features.

The crucial one amongst all those features is the privacy of the transactions. Epic Cash maintains the absolute privacy of all your transaction details from third parties. Moreover, it also eliminated the need for wallet addresses.

As you know, Epic Cash is a private cryptocurrency based on MimbleWimble, let us take a look at some of the features that make it better than other cryptocurrencies such as Bitcoin.

The best, indispensable, and remarkable feature of Epic Cash is its privacy. It offers both privacy of transactions and identity through its state of the art protocols.

Privacy of the transaction: Epic Cash takes absolute care of transaction privacy by hiding the amount and the relationship between the sender and receiver.

This is done by breaking the transaction information into smaller parts and further adding random numbers to these parts. Post this, these transaction pieces are combined to hide the sender-receiver relationship.

Privacy of identity: Epic Cash archives the privacy of identity by applying a multi-signature that generates all the public and private keys for a single-use basis. It also makes sure that the IP addresses cannot be traced through the Dandelion++ Protocol. It distributes the transactions over random paths that go into a large network of nodes, making it difficult to retrace them.

The basic definition of fungibility says that a set of goods have the same characteristics. If they are exchanged, it is impossible to tell which is which. This is one of the best features that Epic Cash has.

It is clearly explained in the privacy feature that Epic cannot be related to any specific person or entity. Moreover, the information related to the identity and ownership of the transaction parties is also obscured. Epic cannot be altered in any way as no one will be able to know which Epic is of which user.

As there is no need to store information related to the identities and ownership of the transactions, Epic Cash does not need much storage space. In this way, it ensures that the blockchain is more space-efficient as compared to other cryptocurrencies.

These are some of the prime features that make Epic Cash one of the best cryptocurrencies right now and for the future. The feature of concise data, along with strict privacy, is all that other currencies consider a battleground.

As per the latest update, Epic Cash will undergo halving in the month of June 2020. Now, most of you must be having this question: what is halving?

What is the need for halving?

Well, if we take a look at Bitcoin, the halving of Bitcoin takes place after every four years. And due to this, it has gained so much value. Though it is old and lacks Epic Cash features, it is still at the top of all the cryptocurrencies. All this has happened due to its high demand, and that high demand is because of halving.

Due to the halving in the Bitcoin cryptocurrency, it has seen a massive surge in its price. The process of growth in price is as follows:

During this process, the incentive of the miners still exists. And, this is how the process of halving has worked out for Bitcoin so far.

Well, as we have taken a brief look at the features of the new Epic Cash cryptocurrency. It is pretty clear that Epic Cash is the future of cryptocurrency. And as it will see its first halving next month. Let us keep our eyes focussed on that. Although we have an idea about what this halving may bring, there is no surety as of now. All the results will be seen after it happens.

Multi-asset trading network, TradeConnect, has partnered with BlockXAfrica, a Ghanaian based blockchain education startup, to enhance opportunities within cryptocurrency trading...