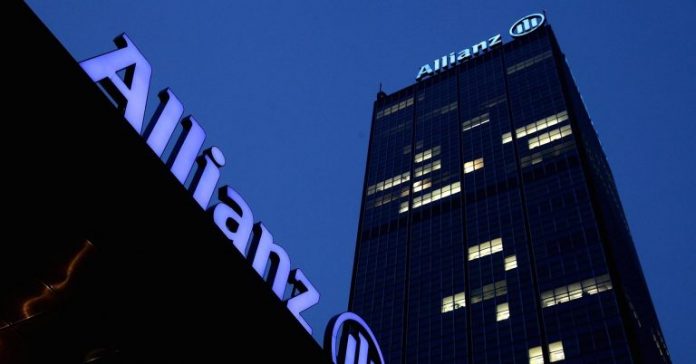 The head of one of Europe’s largest asset managers, Allianz Global, has called for global regulators to “outlaw” crypto assets. The outburst from CEO Andreas Utermann came during a panel discussion in London.

Cryptocurrencies Have “Wiped out People’s Savings”

Allianz Global Investors chief Andreas Utermann called for cryptocurrencies to be banned on Tuesday during a panel discussion. “You should outlaw it,” he is reported to have told regulators.

Utermann, who previously worked at Merrill Lynch Investment Managers, went on to say that he was “personally surprised regulators haven’t stepped in harder” and that cryptocurrencies had wiped out people’s savings, Reuters reported. Sitting beside him at the panel discussion was Andrew Bailey, the head of the UK’s Financial Conduct Authority (FCA), who said his comments were “quite strong actually.” Bailey, who served as the Deputy Governor of the Bank of England from April 2013 to July 2016, then went on to add that cryptocurrencies have “no intrinsic value.”

Despite the condemnatory statement from Allianz Global’s CEO, the company’s chief economic adviser has previously said he believes cryptocurrencies are here to stay – and even admitted that he had opened a bitcoin trading account. He did add, however, that he was unsure whether they would ever replace fiat currency, saying:

“I think cryptocurrencies will exist, they will become more and more widespread, but they will be part of an ecosystem.

Utermann’s statement comes at a time when banks – and countries around the world – are becoming more crypto-friendly. Although multinational banks and mainstream financial services have traditionally been quick to slam cryptocurrencies, many now appear to be opening to the idea of them.

The Central Bank of the United Arab Emirates has said it will be working with Saudi Arabia for a cross-border digital currency – not long after consumers in Dubai were told they would be able to use digital currency to make payments for a number of different purposes.

Goldman Sachs, a leading multinational investment bank and financial services company, has had plans in the pipeline for some time now to open a derivative for bitcoin and a trading desk for cryptocurrencies. And Boerse Stuttgart Group, Germany’s second largest stock exchange, is due to launch a crypto trading venue next year.

What do you think of Utermann’s comments? Let us know in the comments section below.

Images courtesy of Shutterstock and Bitwala.

Coinbase vs Kraken Coinbase and Kraken are two of the most commonly recommended options for buying cryptocurrencies. In this Coinbase...