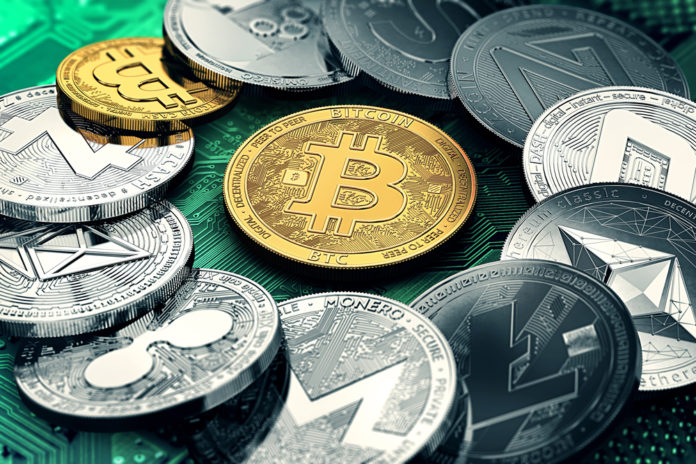 Following a torrid few months for the crypto-space in general, the reappearance of green on many charts has brought forth a renewed sense of optimism. Coming into the summer months, altcoin investors who have been hit hard will be hoping to make up some fast ground.

Although the beginning of the week has seen some corrections, most notably in Bitcoin (BTC) which has dropped back below the $9,000 mark and across the board for altcoins with the exception of a few, it has been a generally bullish couple of week. XLM, ADA, and NEO all recording promising recoveries after the bleak winter months.

Looking ahead, we have identified some coins hoping to continue the recent upturn into the coming week and a couple of decisive forks approaching which could have a big impact on their movement.

Tron is one of the few altcoins to continue its positive momentum into this week with gains around 15% and although it has corrected slightly at the time of writing, down around 8% from a daily high of $0.10 on Monday, indications are that the positive movement could continue for the #9 ranked coin.

Never shy to promote his coin, founder Justin Sun has been quick to remind followers this week that the networks mainnet launch is happening in a little over thirty days. This factor alone should be enough to see the coin which divides opinion continue steadily through the week. 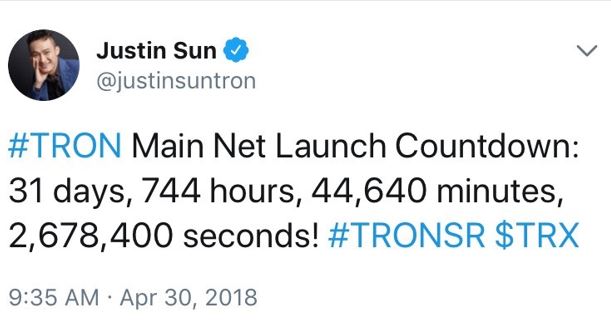 The last few days have not set the world alight for XMR. The notable news however which could turn the tide in a positive direction again for the #13 ranked coin is the upcoming MoneroV fork. The fork is scheduled to take place at block #1564965 which is expected around May 3rd.

With all Monero holders receiving XMV, all eyes will be set in anticipation to see how the market adjusts post-fork. A slight correction is expected at the moment of the fork, the question though is, will the value of the newly received XMV exceed that of the correction for holders?

Stellar Lumens (XLM) has been one of the altcoins which has held on firmly to its position without losing too much ground in the last few days as it looks to recover to its April high 0f $0.46 and carry on from there. The biggest news to come at the beginning of the week for XLM is its listing on Bitfinex.

This article was written by FXEmpire. 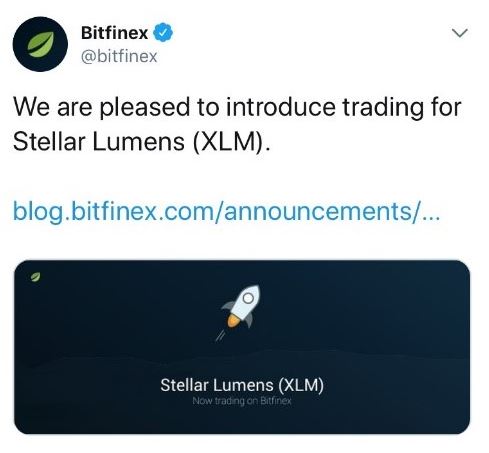 Verge (XVG) has also launched for live trading on the platform this week and has displayed a strong start to the week, trading +15% higher on Monday. Look for both coins to continue this upward momentum as the week continues.