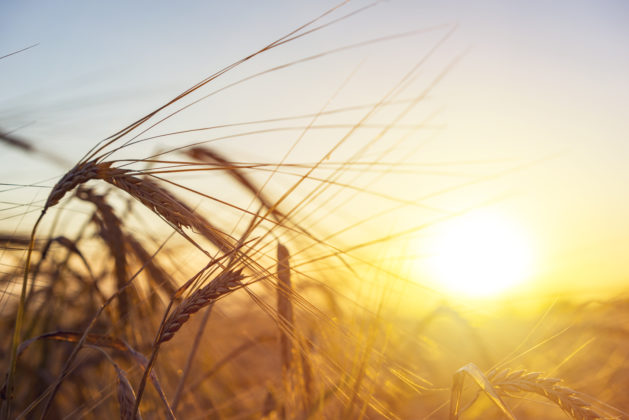 While analysts are indecisive on what comes next for Bitcoin, there’s been a growing sentiment that Ethereum is poised to erupt higher. This is largely due to growth in decentralized finance, which some say will be a catalyst for ETH’s growth.
Not everyone is convinced the top altcoin sees such growth though, with there being a confluence of signs suggesting Ethereum is more likely to trend lower than higher.
Not Everyone Is Convinced Ethereum Is in an Uptrend
Michaël van de Poppe, a cryptocurrency analyst and full-time trader from the Amsterdam Stock Exchange, says that Ethereum is on track to hit $300 in August or September.
He shared the chart below on June 22nd, writing that “this is going really well, so far.” The chart shows that as long as ETH holds the $225 region, it is primed to rally to the crucial $300 price point as the uptrend formed at March’s lows continues.
Ethereum price analysis by trader Michael Van De Poppe (@CryptoMichNL on Twitter). Chart from TradingView.com
The optimism has been echoed by John Todaro, part of the management team at BlockTown Capital. The investor said that Ethereum will “rally hard” once DeFi platforms “hit escape velocity.”
Not everyone is convinced of the Ethereum bull case though.
As reported by Bitcoinist previously, a trader noted last week that a crucial divergence has formed between ETH’s 12-hour chart and a momentum indicator. The trader shared the chart below with a comment referencing the bearish divergence:

“This is exactly in line with what Renko tells me with a solid divergence already locked in for $ETH. Tired.”

Bearish Ethereum “Renko” candle chart shared by cryptocurrency trader Cold Blooded Shiller (@ColdBloodShill on Twitter). Chart from TradingView.com
Also bearish is Ethereum’s on-chain trends.
IntoTheBlock is reporting that at least two of the cryptocurrency’s core seven signals, in the money and large transactions, are currently printing “bearish” signs. They may be suggesting that ETH being fundamentally overpriced.
In the money tracks the momentum of changes in the profitability of holders via on-chain data; large transactions tracks the momentum in the number of $100,000+ ETH transactions per day.
Dependent On Bitcoin
Ethereum’s price action is dependent on Bitcoin, as the leading cryptocurrency dictates the way in which other digital assets will head.
And unfortunately for bulls, BTC is purportedly printing signs it wants to reverse to the downside.
As reported by Bitcoinist previously, a cryptocurrency chartist and technician noted that Bitcoin is printing three clear signs that it will drop lower from the multi-week consolidation around $9,000.
The signs are as follows:

BTC’s price action over the past two months has formed a “rounded top,” which is something last seen at February’s highs.
“Selling volume > buying volume.”
Bitcoin is trading below the local Point of Control.

IntoTheBlock is also indicating that Bitcoin’s on-chain case is shaky as well, further corroborating expectations of a crypto correction.
Featured Image from Shutterstock
Price tags: ethusd
Charts from TradingView.com
An Analyst Thinks Ethereum Visits $300 But Not Everyone Is Convinced