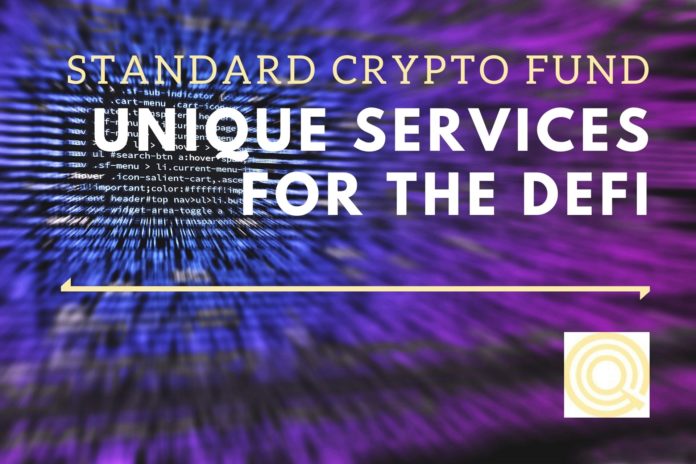 The DeFi sector is one of the fastest-growing sectors within the fintech world. The COVID19 pandemic has forced many people to search for simple and effective solutions to diversify their wealth. By providing a unique service within the DeFi world, the Standard Crypto Fund (QQQF) project plans to see growth and popularity.

Standard Crypto Fund (QQQF) was designed as a tokenized index that can track crypto, DeFi, and FoT Index Tokens. It tracks these markets via ownership of the underlying assets and offering value in the form of liquidity.

The project will launch liquidity pools. The pools that will be made up of high-volume crypto projects in the DeFi world that show promise. Investors in the pools will earn from the transaction fee and the Balancer (BAL) Tokens from providing liquidity.

Another interesting development was revealed on August 23. According to an official announcement, the QQQF DeFi Pool had been activated and could be accessed on the project’s main site. The team has placed a total of 60 million QQQF tokens in lockup using lock.finance.

It means that over 60% of the total supply are in lock up. Such a decision helps to install confidence in potential investors. It shows that developers are not aiming at the short-term goal of the project but are interested in the long-term success of the project.

These tokens will be used for marketing, listing on exchanges, and to fund the development of the project. However, the team revealed that some community members were uncomfortable with the team having control over such a huge chunk of the token supply. As a result, the project team recently said it was open to discussion by the community on the fund’s management. Their goal is to alleviate any concerns that the community and potential investors might have.

The success of ICO Presale

On August 25, the team revealed that it had completed the ICO presale and acquired 3ETH. During the sale, the price was 225K QQQF per ETH.

The project has also recently managed to launch a mobile-friendly version of its website. The development of the mobile-friendly website has been ongoing for some time. On the new site, users will find widgets that track the circulating supply as well as the portfolio valuation. The mobile site is still in the beta phase.

The project also recently revealed that the foundation for the Decentralized Autonomous Organization (DAO) was done and would soon roll out the early access version. A DAO operates autonomously, as the name suggests, based on rules hard coded in a program and is not under the control of a centralized body. More details will be provided later. However, the team made it clear that one of the entry requirements would be QQQF holdings.

What Is the QQQF Value Proposition?

QQQF is essentially a tokenized ETF. It indexes selected coins using a hybrid Balancer pool and a classic cold portfolio. Participants benefit from the ease and reduced cost of using a single ERC20 token. When users use QQQF, there is no reason to worry about high fees or exposure to the general risk of spot trading in the crypto markets.

Instead, users will benefit from a simple token that has the backing of real assets, which have been acquired by leveraging supply. The result is that participants with the QQQF ecosystem benefit from simplified crypto diversification.

The QQQF project has made numerous significant steps in the past few weeks. It managed to launch the whitepaper as well as the mobile version of the project. The team incorporates feedback from the community, showing that the project is truly community-driven.