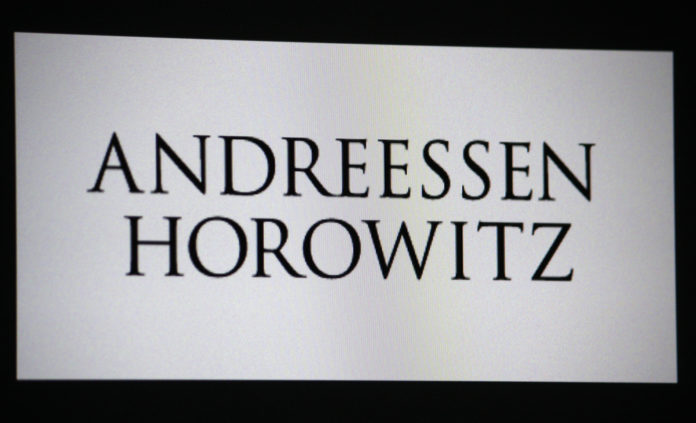 The Silicon Valley company, known as A16z, wants to start its own investment fund for cryptocurrencies. The company had already invested in several crypto companies.

So far, Andreessen Horowitz has been involved as an investor in companies such as Coinbase, Earn.com and CryptoKitties in the crypto currencies. Now, after a long period of preparation, the company will set up its own fund with a corresponding portfolio of tokens – Re / Code has discovered the relevant job postings for a Finance and Operations Manager, Crypto Assets, and a Legal Counsel, Crypto Assets.

Rumors that have been circulating for some time about a fund from A16z seem to be confirmed by the job advertisements. In fact, co-founder Marc Andreessen is an advocate of cryptocurrencies and their related blockchain applications. Now his company apparently wants to invest directly and not necessarily go through the detour via other companies. Large amounts of bitcoins or ethers could become financial reserves of the new fund.

It becomes interesting with the details to the two advertised jobs. It also states that it will be part of the job to ensure a legal way of working in accordance with the rules of the US Securities and Exchange Commission. For the Securities and Exchange Commission, the gain from cryptocurrencies is still a gray area whose transactions and taxes are not clearly regulated. Here, A16z could provide clarity in the long term together with the policy. Then, other investors could start using the opportunities of cryptocurrencies to grow and sell directly to create profits for their clients.