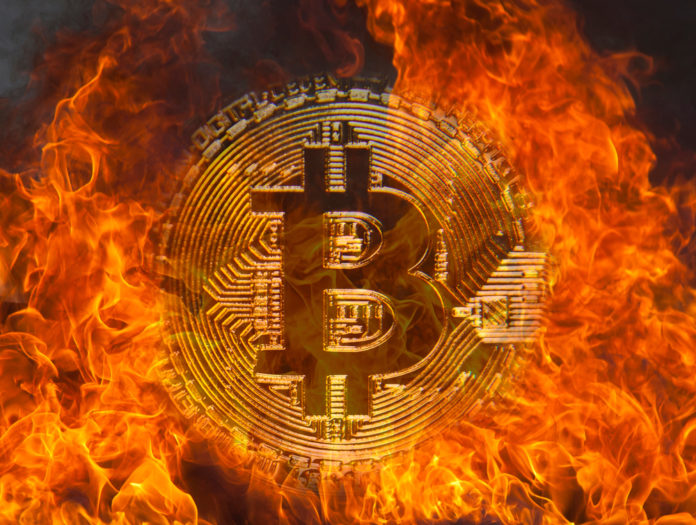 AntPool wants to burn twelve percent of the Bitcoin cash profits and thus push up the price of the currency. Behind it is a pretty cheap PR action.

If a company voluntarily throws away money, then you should be suspicious. That’s why a second look at a message about the Chinese crypto-miner Antpool is worthwhile. The miner had announced via Twitter to burn twelve percent of the transaction fees incurred by cryptocoins – or more precisely: to transfer to a wallet, to which no one has access. A “black hole,” as Antpool calls it, soaks up everything.

AntPool, the selfless savior of the Hodler

Since the fork, Bitcoin Cash has not been as priced as Bitcoin. Even though Roger Ver always emphasizes that BCH is the true bitcoin. The propaganda is not enough, economic incentives must come from. AntPool, a mining pool under the control of Bitmain, has announced it will burn 12 percent of the transaction fees of all geminter blocks. This reduces the money supply in Bitcoin Cash. The price of a money, ie the purchasing power, results from the total amount of money and the absolute demand. The burning of tokens lowers the money supply. If the demand remains the same or rises, the price rises. Everyone benefits! Or?

No, AntPool does not benefit. Effectively the pool makes losses through its action. This lost profit benefits the system. Thus, the company also advertises – for the sake of the testers and the ecosystem.

Behind AntPool is Bitmain. For us, the “fundraiser” looks like a PR coup to save a dying cryptocurrency. The 12 percent of the transaction costs are not much for Bitmain. However, the press release could have a much stronger psychological effect on the market – like “OH WOW! Less supply at BCash than at Bitcoin! All-in “. Of course this is exaggerated, but the point is: If more people jump on the BCH and listen to it in the long run, Bitmain, pardon, AntPool can go out of business with a plus.

Bitmain is the largest mining hardware manufacturer in the world. At the very front of the shelf: the ASICs – computers that can only be used to calculate blocks. ASICs are more efficient than traditional hardware. Over time, so the theory, the hobby miners are pushed out of the market. In particular, the fact that Bitmain is the largest manufacturer is spreading concern.