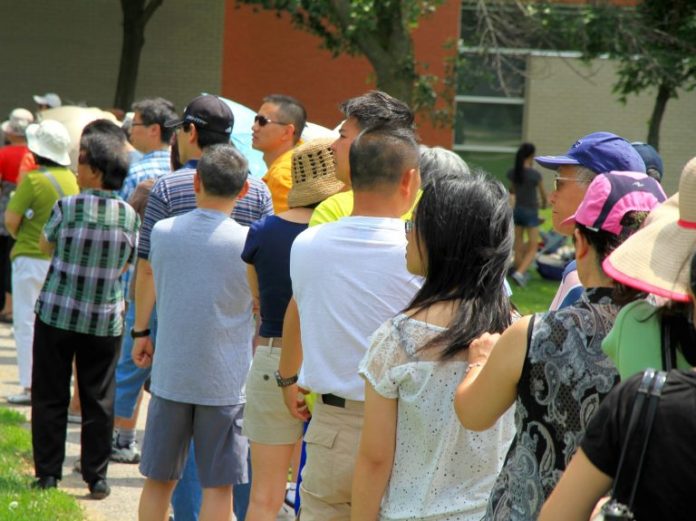 Yichuan Rural Commercial Bank, a lender operating in the central Henan province, has become the latest Chinese bank to be bailed out by the government this year. The small financial institution, which has around 30 branches only in the Yichuan county, experienced a bank run sparked by rumors that its top management was in trouble with the law and mounting speculations the bank was on the brink of insolvency.

Hundreds of depositors gathered at Yichuan Bank’s offices this week to retrieve their savings before the feared collapse and found they were unable to withdraw their money. Meanwhile, authorities confirmed on Wednesday they are investigating the former chairman of the bank and its biggest stakeholder, Kang Fengli, for suspected corruption, Reuters reported. Police also arrested a woman, a local resident, for allegedly spreading false information about the bank’s financial state.

In an effort to avoid the bank run, the lender issued a notice assuring depositors of its financial health. The bank also urged them to ignore the rumors and tried to dissuade them from withdrawing their funds. Security at bank branches was heightened. Bank employees stacked wads of large denomination yuan bills before clients’ eyes and reporters’ cameras to calm the situation and prove Yichuan had enough cash to continue to operate normally.

Despite the small size of Yichuan Rural Commercial Bank, the commotion around the events did not go unnoticed by financial authorities on the regional and national level. The increasing depositor anxiety, exacerbated by the noticeable economic slowdown in the country and the brewing liquidity crisis in China’s banking sector, had to be addressed with a decisive intervention by the state to prevent the spread of dangerous uncertainty.

The online edition of the local Communist Party newspaper reported that the Yichuan bank has received 30 billion yuan (over $4.26 billion) in the form of urgent funding from the Henan Province Rural Credit Cooperatives Union. Another 5 billion yuan were provided by the local branch of the People’s Bank of China and 1.5 billion yuan came from the Henan Rural Commercial Bank, Yichuan News detailed on Wednesday. It also revealed that the Party committee of Yichuan county held a special meeting to resolve the situation.

Yichuan Bank has only around 62 billion yuan in assets (approximately $8.9 billion), according to a report by the Wall Street Journal. At the same time, data from the China Chengxin International Rating Agency shows that the lender accounted for 71% of deposits and 82% of loans in its county, as of September 2018. Clearly a small bank with local significance, yet the vigorous actions of the Chinese authorities betray their strong concerns the case may lead to loss of confidence in bank deposits beyond the region.

Whether the government’s aggressive measures will be sufficient to calm down farmers and savers in Henan province remains to be seen. What’s worrying, though, is that this is not the first time a Chinese bank has needed a bailout recently. At least three other regional lenders had to be saved by Beijing earlier this year.

Baoshang Bank, based in the Inner Mongolia Autonomous Region, collapsed in May and was seized by the People’s Bank of China. A couple of months later Bank of Jinzhou, which operates in the Liaoning province, was bailed out by three state-controlled asset managers. Then in August, Heng Feng Bank failed and was nationalized.

A list published by Zerohedge contains almost 20 small to medium-sized Chinese banks that have been late with their annual reports. The latest available data from Barclays Research shows they controlled almost 4.5 trillion yuan ($650 billion) in assets in 2017. Heng Feng, which is the largest financial institution in the list, had over 1.4 trillion yuan in assets, Bank of Jinzhou is second with 723 billion, and Baoshang Bank is fourth with 576 billion in assets.

The news of the bank run at Yichuan Rural Commercial Bank comes after Chinese President Xi Jinping put blockchain development in the focus of government efforts during a Politburo meeting. And while crypto markets reacted positively to his bullish speech, the People’s Republic doesn’t seem to be planning to invest in developing crypto banking, for example, only a digital version of its fiat yuan.

Do you think the Chinese government can cope with the growing banking crisis? Share your opinion on the subject in the comments section below.

The post Another Chinese Lender Bailed Out After Bank Run appeared first on Bitcoin News. 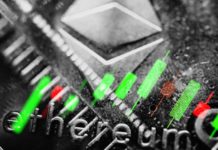 Best Cardano (ADA) Wallets | Where to Store Cardano in 2019

ADA is the native crypto of the Cardano platform, and it was created to facilitate fast and easy fund transfers....