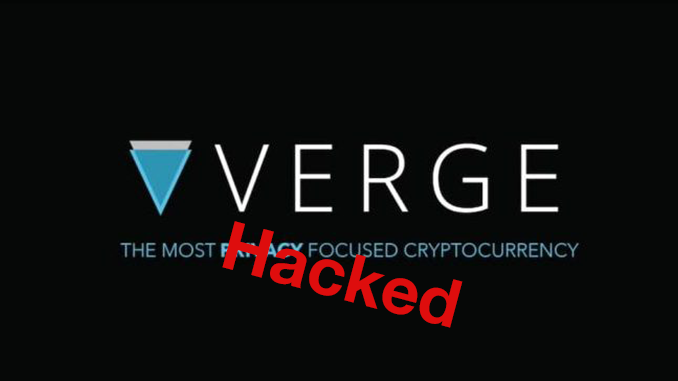 The cryptocurrency Verge (XVG) has again fallen victim to a hacker attack. Within just a few hours, 35 million XVGs were stolen, currently worth nearly $ 1.75 million.

Already last month, there was a hacking attack on Verge, in which a significant number of XVG were stolen. Although Verge has fixed the vulnerability thereupon, but only provisionally.

Now hackers have struck again, stealing 35 million XVGs. Used in both attacks was a vulnerability that allowed hackers to generate a large number of blocks per minute. Both attacks used almost the same technique, but the second time two algorithms were used to gain control of the Verge chain.

Verge himself speaks of a distributed denial-of-service attack in the attack and says nothing about XVG being stolen on a large scale.

On Verge the attack does not throw a good light. After all, almost the same vulnerability was exploited as in the previous month. Already in the past there have been many voices claiming that the Verge Technology is very simple compared to other cryptocurrencies and therefore not as advanced as the makers claim.

It also remains to be said that the security gap still exists. The hackers could strike again at any time and capture more XVG. It was only stolen no more XVG, because the hackers have decided to suspend the attack once. After all, they would not mind running the attack over several days and sending the value of the cryptocurrency to the bottomless.