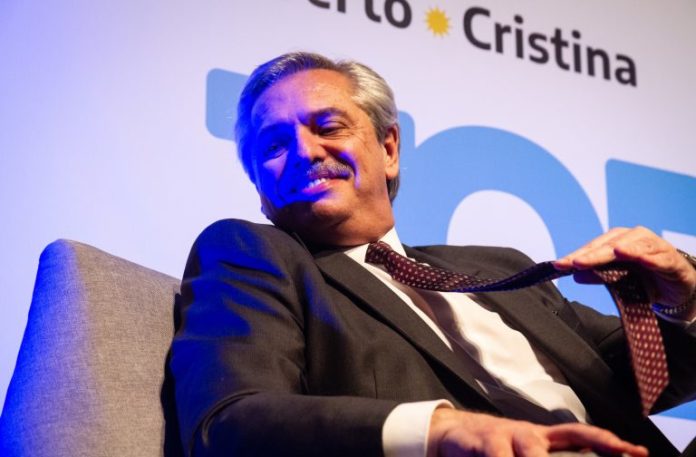 Cash shortages, bank closures and ATMs running out of funds seems to be the new norm for many countries, and recently increased capital controls in Argentina are further testament to this unsettling trend. Sunday’s election of president Alberto Fernández has resulted in Argentine account holders being limited to USD purchases of $200 via bank account and $100 via cash monthly. As protests continue to mount worldwide, the signs don’t look good for fiat money or the people who hold it.

In the Name of Saving Central Banks

Unlike a normal business in the private sector, government organizations and the institutions embedded therein are often immune from market consequence. This fact was possibly hinted at by the creator of Bitcoin himself when he included the text “The Times 03/Jan/2009 Chancellor on brink of second bailout for banks” in the genesis block. The Argentinian central bank crackdown on USD purchases is further proof of this notable lack of consequence for policy makers.

Fernández is set to fully assume the role of president on December 10, and Argentines were already preparing for possible increased controls in the wake of his election. As the Buenos Aires Times relays:

Last week Argentines rushed to buy dollars and withdraw deposits ahead of the vote on concern that more controls were coming amid an economic crisis. From Prosperity to Fiat Panic

Though news.Bitcoin.com had reported in early September that the lesser capital controls of that time (a purchase limit of $10,000 USD per month) mostly affected businesses, the new, stricter regime of $200 per month affects potentially everyone. Though the measures are said to be temporary, uncertainty remains and understandably so. Governments have never been dependable when it comes to money management. Indeed, as Ana Eiras and Brett Schaefer of the Heritage Foundation noted back in 2001:

Poor economic policies and political instability contributed to Argentina’s decline from its noteworthy position as the world’s 10th wealthiest nation in 1913 to the world’s 36th wealthiest in 1998.

The article goes on to note that centralized policy guidance from the International Monetary Fund (IMF) only made things worse, claiming “Argentina is the only wealthy country to experience so great a reversal in recent history, despite the involvement of the International Monetary Fund (IMF). Indeed, the IMF’s loans and guidance have aggravated, not alleviated, Argentina’s problems.” Your Money Is Not Yours

Protests against unfair and reckless economic policy are currently happening worldwide. Along with Argentina, Chile, France, Hong Kong, Indonesia, India, Egypt and Lebanon are some of the current hotbeds of economic unrest. India’s case is particularly noteworthy as reports have emerged of people dying as a result of lack of access to the money in their bank accounts. As for Lebanon, banks have now been closed for over a week, with news outlet Aljazeera reporting on October 29:

Lebanon’s banking association said banks would remain shut on Tuesday for a tenth straight working day, but said the central bank had provided the liquidity necessary to pay out salaries for public sector workers, including members of security forces.

In Chile ATMs are reportedly running out of cash and becoming non-functional amidst the turmoil of current protests, seeing grocery stores begin to run out of food and infrastructure being burned and destroyed by frustrated demonstrators. Meanwhile, central banks and financial planners continue to drive the world economy further into debt-based dysfunction via negative rate policies, quantitative easing, and a fiat printing press.

When the rubber meets the road, it is always the individuals in these countries who must pay, as recent events are showing. When a restaurant serves awful food with poor service in the private sector, it goes out of business. When the state destroys an economy, they simply raise taxes, lock up the money, devalue it and make you pay for their mistakes. In light of this knowledge, the demand for economically sound, permissionless alternatives like bitcoin grows more and more pronounced, as individuals worldwide realize full ownership of their hard-earned assets is a basic human right.

What are your thoughts on situation in Argentina and ownership of fiat money? Let us know in the comments section below.

The post Argentina’s Example Shows That You Don’t Own Your Money appeared first on Bitcoin News.

In today’s article, we will be looking at the features and uses provided by the Sia-UI Siacoin Wallet, and also...