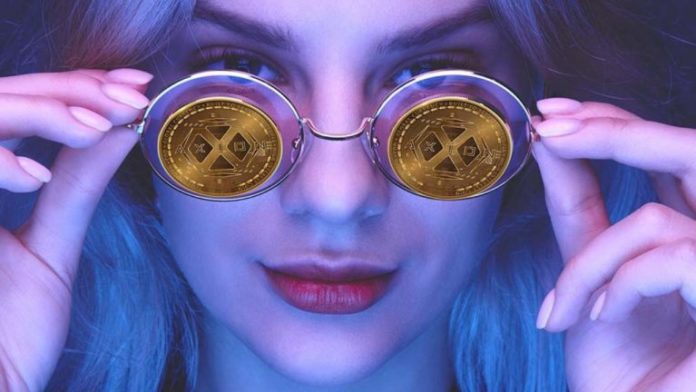 This month, a new cryptocurrency project called the Axion Network will achieve a major milestone – it will see its mainnet launch and go public. The reason that’s so significant is that Axion represents a new breed of cryptocurrency. It’s not a utility token or an attempt at replacing fiat currencies. It’s an investment vehicle that’s aimed at one of the biggest untapped markets left in the crypto-world: mainstream income investors.

Not Just a Cryptocurrency

It aims to lure both crypto-investing veterans and traditional investors with a stable and reliable return rate that’s unheard of in all but the riskiest markets. It’s because Axion isn’t just a cryptocurrency. It’s a time-locked investment system that’s purpose-built to generate a stable inflationary curve and to fight volatility to protect investors’ principal and deliver a high ROI.

If you follow the cryptocurrency market, then you should know that its volatility is one of the major factors preventing most tokens from achieving any sort of mainstream acceptance. As it stands now, the only people who dare to delve into crypto-investing are either unafraid of losses (the very wealthy and the very brave) or the true believers who invest because they’re committed to what cryptocurrency represents. For mainstream investors though, the thought of getting wiped out in a sudden sell-off is enough to keep them away.

But now, Axion offers those investors an attractive new option. Think of it as the crypto-equivalent of a bank-issued certificate of deposit (CD). In exchange for a time-locked investment, owners of the Axion cryptocurrency receive a base return rate of 8%. With bank CDs hovering at an average 1% or lower return rate – that’s unheard of. And it’s just the beginning. Axion’s built to generate income well above that base rate.

The high returns are a result of Axion’s innovative new approach to crypto wealth generation. It contains mechanisms built specifically to curb volatility while creating self-driven upward inflationary pressure on the price of Axion tokens. It achieves those ends by employing a high early and late unstake fee structure – much like a traditional CD’s early withdrawal penalty – to discourage unexpected token sales, and a clever daily auction system that turns the penalties collected into more value for everyone else.

It’s an approach that takes advantage of some of the cryptocurrency market’s major features. One is crypto’s unique ability to use smart contracts to automate and control market-making functions. That’s what allows Axion to auction off token penalties, and then use 80% of the daily proceeds to execute a token buyback from major exchanges on a schedule fine-tuned to produce price gains without introducing instability. And, the auction system produces all of the funding required to operate, maintain, and further develop the Axion network in the form of the remaining 20% of the auction proceeds. The other way that Axion works to protect investors is that it doesn’t only rely on disincentives like penalties to discourage flash sales that would harm value. It also deploys a strong system of incentives that make it worthwhile for stakeholders to remain all-in for the long haul. It does this by tapping a pool of Axion that was set aside for freeclaim by owners of a different investment called HEX limited to 10 million Axion tokens, as well as for owners of Axion’s precursor HEX2T to convert their holdings to the new coin at a rate of 1:1 with no limit.

Because the freeclaim and conversion process won’t use up all of the reserved Axion, the platform will reallocate the remainder to reward investors who commit their principal for the longest periods. The first 10% of the leftover pool will be split among investors when they complete their first year of staking. Then, the distribution will increase by 5% each year up until the fifth year of Axion’s operations for those who are time-locked for the duration.

For investors, it’s free money above and beyond their 8% inflationary reward, as well as a stabilizing force that should keep Axion on course as it establishes itself as a reliable income-producing investment system for the long term. And that is, after all, the endgame Axion’s aiming for.

A Value Proposition That No Investor Can Afford to Ignore

That’s what sets Axion apart from other crypto investments – the fact that it stands a good chance of attracting new investors who may have been hesitant to try their hand in the crypto market before. It offers everything mainstream investors have come to expect from income-producing investment vehicles, and does so at a rate of return that hasn’t been available to them in decades. Together that should make Axion a value proposition that no investor can afford to ignore.

That also means it has the chance to grow even faster and stronger than most crypto projects could ever hope to match. It’s a true groundbreaker in so many ways that it’s difficult to pick a single one that makes it such a standout. And for those who get in early, it’s a chance to be a part of the future of income investing while using the staking rewards system to supercharge their returns.

It isn’t often that the crypto market witnesses the birth of a project that’s a real innovation with serious staying power, but the Axion Network’s got what it takes to revolutionize its market segment. And it’s going to make plenty of new believers once it begins to prove its worth as a source of reliable, long-term income. And you can take that to the bank.

This is a sponsored post. Learn how to reach our audience here. Read disclaimer below.

The post Axion’s Launch is Going to Make Crypto-Believers out of Mainstream Investors appeared first on Bitcoin News.