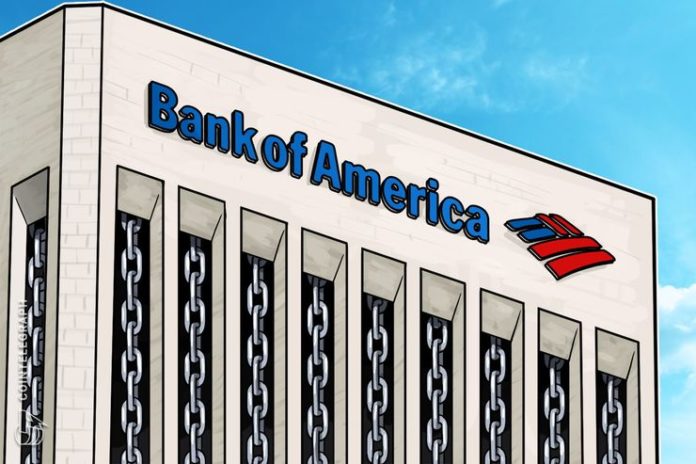 The U.S.’s second-largest bank, Bank of America (BofA), has filed a new patent for adapting multiple digital signatures in a distributed network, according to a U.S. Patent and Trademark Office (USPTO) filing published September 18.

BofA’s proposed system addresses devices within an Internet of Things (IoT) environment, describing how each of the Internet-connected devices will communicate data with each other “on an ongoing basis,” while the system would allow a user to “select to prohibit (i.e., block) or limit which data is communicated to which third-party entities.”

Also in September, IBM was awarded a patent for autonomous self-servicing devices within a blockchain-based IoT system. And in August, LG CNS, a subsidiary of South Korean multinational conglomerate LG Corporation, announced a plan to strengthen its enterprise offering of seven platforms including blockchain and IoT in order to promote the “fourth industrial revolution.”

Bank of America, reportedly the one of the largest holders of blockchain-related patents, had continued its own blockchain exploration last month when it filed a patent for recording and storing cryptocurrency-related transactions in a blockchain-based system.

Back in July, BofA had also filed a patent for a system that allows for the external validation of data based on distributed ledger technology.

Kraken: An Overview of One of Europe’s Top Bitcoin Exchanges

In this overview, we explore Kraken and its journey from a Mt. Gox alternative to soften the blow of bitcoin’s...