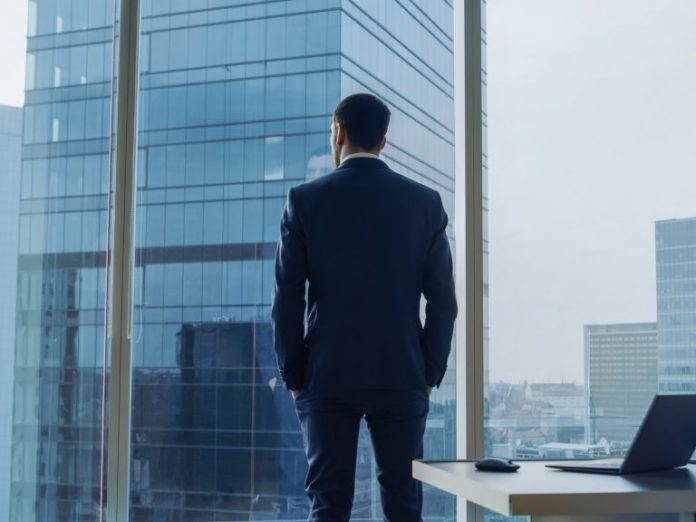 Digitization, disruption, blockchain, and frictionless payments. It’s amazing how prominent figures from the financial elite can provide a pretty detailed description of decentralized money without uttering “bitcoin” or “crypto.” But the fact of the matter is that clever businessmen in any industry, banking is no exception, would quickly spot emerging competition, analyze its strengths, and move to catch up with it before it’s too late. Cryptocurrencies bring financial evolution that’s hard to ignore anymore.

Also read: The Number of Cryptocurrency Wallets Is Growing Exponentially

Central Banks Have No Tools Left to Deal With Crisis

Speaking during the Sibos 2019 conference held recently in one of the world’s financial capitals, London, Deutsche Bank CEO Christian Sewing turned attention towards the problems of the global economy, the serious challenges his and other banks are facing, and emphasized the need to adapt to a rapidly changing environment. Sewing was appointed head of Germany’s leading financial institution in April 2018 with the task to conduct a major reorganization.

This summer, Deutsche Bank confirmed it’s laying off a fifth of its global workforce and refocusing on corporate banking, its most stable revenue source, to prepare for the downturn many analysts claim has already started. In his address to the delegates, the executive spent a lot of time describing the threats, including an ongoing war over trade and technology between the U.S. and China, as well as Europe’s legging behind in terms of investing in technological progress and maintaining competitiveness:

Europe should not focus primarily on regulating new technology, Europe should drive innovation itself… The competition for technological supremacy will determine the future division of global economic power… The financial sector must also make its contribution.

Global macroeconomic risks, low and negative interest rates, and a fragmenting European Union in the light of Brexit come together to form a perfect storm. On this backdrop, Christian Sewing also tried to raise awareness about the inability of financial authorities to cope with an upcoming meltdown:

In this scenario, with plenty of uncertainty, what is worrying is that the central banks have used their tools to a large extent already. So there are no conventional measures left to effectively cushion the real economic crisis. They’ve already turned on the money tap to the limit.

Singling out the European Central Bank in that respect, Sewing reminded the audience that the ECB has just announced an even looser monetary policy, cutting the interest rate in the Eurozone to a record low of -0.5%. He also emphasized that very few among economists and his clients now believe that cheaper money would have any effect. “While we probably won’t see the positive effects, there are lots of negative ones, like the distortion of asset prices, the continued redistribution of wealth in favor of the asset owning affluent, and the social implications these things aggregate,” the banker warned. Christian Sewing then spoke about how banks should respond to the changing business environment and the competition they are starting to feel from tech giants and non-bank payment providers, fintech companies and disruptive technologies in general. At the same time, he noted, clients’ requirements are becoming ever more sophisticated and demanding.

When it comes to transaction banking, frictionless and reliable real-time payments are influencing consumer choices at the end of the day, he remarked. Whether through standalone investments or via partnerships with startups, banks which are able to deliver these solutions will enjoy compelling opportunities, the Deutsche Bank executive concluded.

And while Bitcoin did not get a deserved mention in Sewing’s speech, it became obvious that decentralized cryptocurrency has been recognized as one of the driving forces behind many of these developments and advances. Actually, digital-era, independently-minted coins did make their way to the stage during the Sibos conference. And they did so in a quite unexpected way.

“The financial industry is undergoing an extraordinary change, because of new entrants like Facebook’s Libra and the emergence of technologies like crypto assets,” said Yawar Shah, chairman of Swift, the global interbank financial telecommunication system used by banks around the world to send and receive information about financial transactions. His comment quickly spread across the crypto Twitter.

“The financial industry is undergoing an extraordinary change, because of new entrants like Facebook’s Libra and the emergence of technologies like cryptoassets.” – Yawar Shah @swiftcommunity https://t.co/KffvCcFk6I

Shah’s presentation concerned payments and recognized four factors that influence their development. Three of them – the aforementioned emergence of crypto assets, changing technology, and competition from ecosystems are in one way or another related to the phenomenon catalyzed by Bitcoin. That includes other attempts to develop faster and more reliable digital payments than those offered by the traditional fiat world.

If you are looking for a safe and secure way to enter the crypto space, you can acquire your first digital coins at buy.Bitcoin.com, including bitcoin cash (BCH) among major cryptocurrencies. You can also freely trade your crypto assets on our noncustodial, peer-to-peer marketplace local.Bitcoin.com, which already has thousands of users around the world. Also, try our recently launched premier trading platform, exchange.Bitcoin.com. Registered users can access it right now.

Do you expect leading traditional banks to get involved in the crypto market soon? Share your thoughts on the subject in the comments section below.