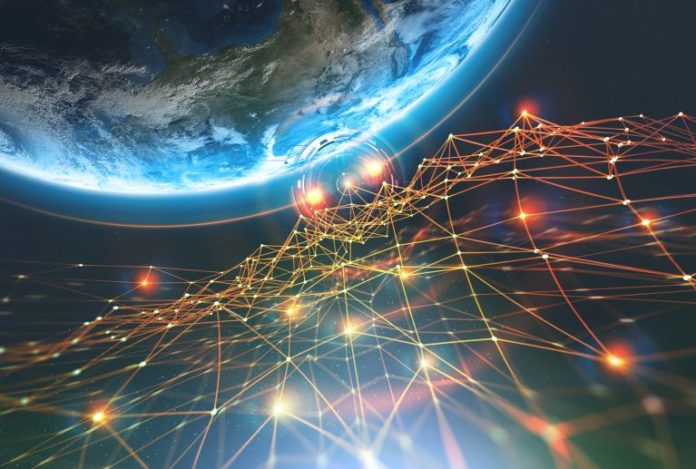 Since the Bitcoin Cash upgrade in May 2018, software developers have unleashed a slew of microblogging protocols that utilize OP_return transactions. One application called Member is a BCH-based browser that makes use of these types of transactions and the extra space added to the data carrier size. While still in its infancy, the Member platform has matured into a censorship-resistant Reddit but with geolocated posts, reputational ratings, and native BCH tipping.

The Member Client Continues to Grow

Years ago, Reddit was an interesting online place that allowed many groups to connect, share news and content, and discuss in a forum-like atmosphere. These days, Reddit is synonymous with mass censorship and deplatforming as the corporate entity has banned a variety of subreddits this year. The crypto community caught wind of Reddit censorship last year when the company removed the subreddit /r/darknetmarkets. Reddit users can’t even trust the company’s founder and CEO Steve Huffman who was forced to apologize when he got caught altering pro-Trump related thread comments.

Bitcoin supporters have seen severe forms of censorship on the subreddit /r/bitcoin as the owner and moderator Theymos and his minions deleted thousands of comments from visitors and suppressed the conversation during the block size debate. Last May, a former moderator who worked alongside Theymos told Bitcoin.com’s podcast host Matt Aaron how he was removed from the group of administrators after he failed to toe the line. Censorship like this has driven the BCH community to foster censorship-resistant microblogging communities like Memo. In tandem with Memo, another application called Member could push the Reddit-like forum concept to new heights using the BCH chain.

Member has been around for some time now but the application has matured a great deal since news.Bitcoin.com reported on it last year. The application’s creator, a developer called Freetrade, describes the platform on Github, calling it a BCH blockchain browser. “It reads and allows users to create actions in the Memo/Member protocol — The client is an HTML5/JS BCH blockchain browser app with no outside js dependencies and it can be run from a website, or from a local file system,” Freetrade’s Github repo details. “Currently it connects to the Member server to get content, and uses Bitbox to get utxos and broadcast transactions.”

Getting Acquainted With the Member App

In order to use Member, you need to have an account with the social network and microblogging app memo.cash where all posts are permanently recorded to the Bitcoin Cash chain. You can sign up for Memo here and it’s a good idea to fund your Memo wallet with a small fraction of BCH so you can post on memo.cash and the Member platform as well. To access Member, go to the website and press the “Login” tab at the top right side of the screen. You can also sign up directly from the Member Login page by pressing the “Create New Account” tab.

Member will tell you to connect your wallet address to get started so you can post. After pressing “Ok,” Member will direct you to a page that shows your new BCH address so you can send a small fraction of funds. If you already have an account or started by signing up for memo.cash using the link mentioned above then Member asks you to paste your Memo private key (compressed WIF format, starts with ‘L’ or ‘K’) into the Login window. After these steps are complete, you are free to explore the Member app but also to create posts, upvote, tip people BCH, and initiate a geolocated post.

To create a new post on Member, simply press the “New post” tab on the upper left side of the user interface. The platform will open a window that allows you to customize a new post with a title and text. You can also post a memorandum or post directly to the memo.cash feed. After creating a post, other Member users can reply to the thread just like a traditional Reddit post and they can “like” the post as well. Moreover, you can be tipped bitcoin cash as Member offers a native BCH wallet that allows for tipping users. If you observe Member’s main feed, it’s set up similarly to the front page of Reddit and there’s a large variety of threads and discussions hosted on the feed. Additionally, you can check the most recent posts on the Member feed by pressing the “Posts (new)” tab on the upper left side of the screen.

You can also tether your location coordinates to a custom message using the Member app. At the top left side of the screen simply press the “Map” tab and the website will take you to a map of the world. Like a traditional geolocation map, your browser will ask you if you want to give the Member map your location coordinates so you can get a visual look at your area. The choice is optional but if you do, you can tie a special message to your location that’s written on the BCH chain. Essentially you or anyone can tether a message to any location in the world for less than a U.S. penny at any time. Just click the map with your mouse pointer to select the message location, write it and post it to the Member map. After a few minutes of exploring the Member app’s features, the platform is relatively easy to understand and use.

Member’s creator Freetrade has been hard at work adding more services to the application like reputational ratings and increased character limits for messages. The software engineer recently made it so Member users can reply with much longer character limits. “Member now allows 2,000 character replies by chaining transactions together — Member also treats topics more like subreddits,” Freetrade told BCH supporters on September 15. This announcement got the /r/btc community on Reddit pumped due to their intolerance of censorship. “Wow, now we’re talking,” a BCH proponent opined after Freetrade revealed the 2,000 character extension. “Reddit is slowly dying because of censorship and abuse from admins — If we could create a decentralized alternative on BCH that would be huge,” he added. In addition to the character extension, Freetrade has introduced a web of trust infrastructure to the Member platform. The new idea allows you to rate other Memo profiles using the Member app by giving them a public trust rating. Freetrade has shown that as the reputation system matures, robust trust graphs could be created.

There’s been a lot of development within the BCH ecosystem and Member’s improvements have bolstered a microblogging and censorship-resistant Reddit-like experience. As with most peer-to-peer and decentralized blockchain applications, Member needs to gather more users over time. Memo and Member have seen a lot of lively users since they were created and both have grown a great deal. While projects like Blockpress have fallen to the wayside and are now defunct, the Memo and Member apps have remained strong after the long crypto winter and the blockchain split in November 2018. One difference between the two clients is the Memo protocol browses both BCH and BSV blockchains but the Member app only browses the BCH chain. Freetrade continues to work on making the Member client more robust and has put together a list of certain elements of the project he could use help with.

How Much BTC Do You Need to Be a Bitcoin Whale?

So you wanna be a Bitcoin whale? The amount of BTC you need to influence the markets in the future...