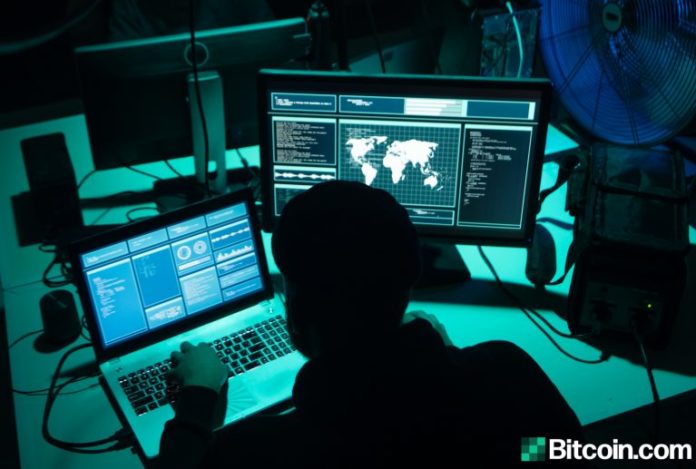 The darknet marketplace Berlusconi Market has been reportedly down for more than two weeks, according to users who patronize the hidden website. The outage has led many to believe the market administrators exit scammed with all the funds. While others speculate that government agents have infiltrated Berlusconi Market as there are no signs of the underground market coming back online anytime soon.

Also read: Darknet Markets Are Thriving Despite the Mysterious Death of Dread

Over the last few years, many darknet marketplace (DNM) participants have realized, and sometimes in an unfortunate way, that DNMs come and go. For instance, during the first week of July 2017, the hidden marketplace Alphabay went offline and the DNM community assumed it was an exit scam. However, Alphabay was actually taken down by global law enforcement and no one knew Alphabay was seized because the authorities were busy operating the Hansa market undercover. Things were good for a little while as Dream took the reigns for quite some time but the massive DNM recently bit the dust in April. In fact, DNM participants have been noticing the lights of their favorite markets flickering a lot more lately with Wall Street Market going under and last month’s Dread outage. This month, Berlusconi Market is purportedly the next to fall as the DNM has been reportedly offline since September 22.

Berlusconi Market (BM) customers and vendors have been scrambling for new avenues and alternative markets on forums. BM, with its 300,000 users, was recently one of the most popular DNM in existence since the recent DNM shake-ups this year. On social media and forums, lots of people assume BM admins exit scammed which means they ran off with vendor deposits (vendors pay a minimum deposit to sell) and customer deposits in escrow as well. The website darknetstats.com says that BM is “partially up” and added: “Berlusconi is having captcha problems since yesterday. Users aren’t able to access the market. The market has suffered from the same problem in the past due to DDoS attacks. We are trying to contact Berlusconi admin and will update the status soon.” However, darknetstats.com visitors commenting don’t seem to think BM will be returning. “How can someone ever trust a market again if BM can also do this?” a person asked. Another individual said they lost contact with vendors and the possible exit scam cost him a few grand. A BM vendor was upset he paid the $250 vendor cost and had to “compete with many stupid ads and spammers.”

There are people that said they had issues getting past BM’s captcha screen and can’t go further than that page when visiting the original onion address and mirrors. On October 4, the @dark.fail Twitter account tweeted that it suspected one of two possible scenarios in regard to BM’s recent outage. “Berlusconi Market, the second-largest darknet drug marketplace with over 300,000 users, has not heard from their admin in over two weeks — It’s safe to say that they ran with the money, or they have been arrested,” dark.fail said. “The timing roughly coincides with ‘CyberBunker’s’ takedown.”

On September 27, seven individuals were arrested in western Germany for hosting a DNM server. According to reports at the time, the raid on the data center in Germany “involved hundreds of officers” and year-long investigations with multiple law enforcement agencies.

Another source says an individual from the Italian darknet community informed him that all the Berlusconi Market admins were arrested in Italy. “The person claims that the arrest of ‘g00d00’ in May led to the recent arrests,” the operator of the @darknetlive Twitter account disclosed. “G00d00 had access to Berlusconi Market’s private key at the time of his arrest,” darknetlive stressed. “‘Hugbunter’ also noticed that the market had changed the key after the news of the arrest became public.” The tweet thread further detailed that the informant told him that Europol took control of Berlusconi Market on September 22. The Twitter account concluded by saying that there are reasons he believes the information is “more credible than the usual FUD.”

Warning: Berlusconi Market has been inaccessible for over 48 hours . Users have not been able to get past its anti-DDoS CAPTCHA, its admin has not been online. Cyberbunker coincidence?

For now, lots of users have been flocking to markets like Cryptonia, Grey Market, and Empire but those operations have been turbulent as well. For instance, a few people have been reporting they had login issues with Empire and the market’s products have increased significantly in price according to regular visitors. Individuals who cant access BM are also questioning whether or not they should join Empire or another marketplace as one user writes: “I’m sketched out since Berlusconi was taken down.” Another person asked r/darknet visitors if Empire was exit scamming too, but patrons explain “it might just seem that way because Empire staff seems nonexistent.” If the Berlusconi Market disappears for good as people expect, then frequent regulars will have no choice but to scope out alternatives.

What do you think about Berlusconi Market? Do you think admins exit scammed or do you believe it was infiltrated by global police? Let us know in the comments below.