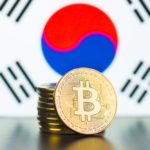 South Korea is home to a great number of reputable cryptocurrency exchanges. In spite of the current impediments generated by the government and banks, Korea is still one of the countries that have a developed cryptocurrency exchange market. In today’s article, we will be looking at some of the best crypto exchanges for South Korean users in 2019.

UPbit is one of the largest Korean cryptocurrency exchanges by daily trading volume.  The exchange was founded in 2017 by Song Chi-Hyung, one of the richest men in South Korea.

While in 2018, the UPbit founder and two other senior members were accused of creating fake accounts to increase their trading volume, the claims were denied by the company, and the exchange is still in the top Korean preferences.

The exchange supports the South Korean Won, which is great for local users that want to use fiat currency in order to purchase crypto. Fiat deposits can be made in and out of from South Korean bank accounts.

Through its Bittrex collaboration, UPbit is able to list a wide variety of cryptocurrency coins and tokens. Users are able to trade with all of the top 100 cryptocurrencies by market cap, as well as some exotic altcoins.

As the exchange is supported by fintech giant Kakao, the security measures applied for UPbit user funds are top-notch. Wallet security is offered by BitGo, a global provider of multi-signature wallets which is used by many big crypto exchanges.

Bithumb was founded in 2013, based in Seoul, South Korea. It is a popular exchange in Korea, with a trading volume of $627,306,115 USD. Users are able to trade around 90 types of cryptocurrencies against the South Korean won (KRW). The exchange is owned by the BTC Korea.com Co. Ltd company.

Due to the frequency of hacks, the exchange worked together with KISA (Korean Internet & Security Agency) to try and recuperate their losses.  From the $30 million hack, Bithumb managed to get back $14 million.

Bithumb offers very competitive rates for its fees, 0.15% to be more precise, which is below the market average of 0.25%.

Bithumb revealed that they have plans of installing kiosks in restaurants and cafes across South Korea, where customers will be able to pay using cryptocurrency. They also developed Touchpad, Touchbone, and Bithumb Cache to facilitate the use of crypto payments for their customers.

Korbit supports around 30 cryptos, including bitcoin, Litecoin, Ethereum, Zcash, XRP, Bitcoin Cash, and even Qtum and Zilliqa, all of which can be traded against KRW.

The fee system is most advantageous for those that trade in higher volumes, as the percentage charged decreases according to the amount traded. Users can fund their accounts with KRW either vis credit or debit card or bank transfers.

While not officially regulated, Korbit is among the first exchanges that try to follow all the regulations set by the Korean government.

Korbit has a good reputation in the crypto community, being rated as a trustworthy and reliable exchange.

Coinone is one of the biggest crypto exchanges in South Korea, with a 24-hour trading volume of $49,744,290 USD.  While the exchange plans on expanding into Southeast Asia, especially Hong Kong and Singapore, it is still a popular trading platform in its native South Korea.

Coinone is also a gateway exchange as it supports trading in the Korean won against a number of cryptos. Crypto deposits re also accepted. The crypto selection offered by Coinone includes nearly 50 digital assets, including Bitcoin, Ethereum, EOS, XRP, OmiseGo, Tron, IOTA, Stellar and many more.

The fee structure is also based on the trading volume, and users can lower maker and taker fees down to 0.02% and 0.06% respectively.

Coinone Transfer is a subsidiary of the exchange company which handles payments which is responsible for launching the first Blockchain remittance mobile app in the country.  The Cross remittance app is based on Ripple’s xCurrent that enables fast cross- border transaction.

Huobi Korea is one of the subsidiaries managed by Huobi, a crypto exchange that has been since 2013 and which has other branches in Asia. They have offices in Singapore, Japan, China, and Hong Kong, as well as in the US. Huobi is the 5th largest crypto exchange on a global scale by adjusted volume.

The exchange lists more than 100 coins and 208 markets, out of which 19 are traded against the Korean won. Security-wise, 98% of its customer’s funds are held in cold wallets to prevent hacking attempts.

Huobi Korea recently strengthened its anti-money laundering procedures, monitoring all suspicious transactions on their platform and reviewing its withdrawals and deposit processes.

Another subsidiary of a popular crypto exchange is OKCoin Korea, the branch of Chinese crypto company OKCoin.

The exchange supports more than 60 digital currencies paired with the Korean won. However, OKCoin Korea was reprimanded not being able to keep their user’s personal data. They also received penalties for account closure procedures for being too complicated.

OKCoin is managed by the same Malta-based company that owns crypto exchange OKEx.

The exchange supports more than 40 cryptos and the Korean won is the only fiat currency paired with the digital assets. The other base currencies are Bitcoin and Ethereum.

The trading fees are very low considering the market average, with a maker-taker fee of 0.040% based on a 30-day volume.

It is very easy to register for an account on GOPAX. It is the only exchange to receive the Information Security Management System (ISMS) certification from KISA.

They have also launched a trading platform for their foreign users, but Korean servers cannot access the site.

There are plenty of South Korean exchanges which support crypto trading. We hope that our list will help our South Korean users in finding the most convenient trading platform for them.

As predicted, a big movement came for bitcoin following a week of consolidation. Analysts have been mixed all week but...