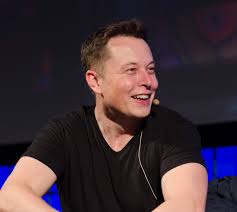 In a tweet February 10, Changpeng Zhao advocated Musk as the next participant in Lightning Torch, a relay transaction circulating through the Network since January.

Aiming to test and bring publicity to Lightning, the transaction has bounced between users as well known as Twitter founder Jack Dorsey, who joined the project last week.

Dorsey had also tipped Musk as a potential follow-on, with the Tesla mogul as yet remaining silent on the proposition.

The torch currently look like this. Light it up! (photo credit @hoangsonviet) pic.twitter.com/SKkRhlKbao

I am sure you will get it soon enough, let me harass brother @elonmusk a bit more. lol

As Bitcoinist reported, Lightning Torch has gained a surprising level of recognition in the three weeks it has existed.

The torch currently look like this. Light it up! (photo credit @hoangsonviet) pic.twitter.com/SKkRhlKbao

Its premise revolves around a Bitcoin transaction sent between nodes on the Lightning Network, with each node adding 10,000 satoshis ($0.35) in value and passing it on to the next.

With Zhao’s acceptance, the size of the payment has reached 3,210,000 satoshis ($116.45), proving that compared with just six months ago, Lightning is already considerably more technically robust.

While developers continue to focus on technical prowess over usability, Lightning has nonetheless grown at an exponential rate since it launched on the Bitcoin mainnet at the beginning of 2018.

According to monitoring resource 1ML.com, there are currently 6124 reachable nodes and 24,463 channels on Lightning, offering a total payment capacity of 655 BTC ($2.35 million). The figures represent monthly growth of between 14 and 24 percent.

As Bitcoinist recently noted, in Bitcoin as a whole, the total number of daily transactions has steadily increased since mid-2018, despite the cryptocurrency’s price conversely falling.

What do you think about Elon Musk participating in the Lightning Network? Let us know in the comments below!