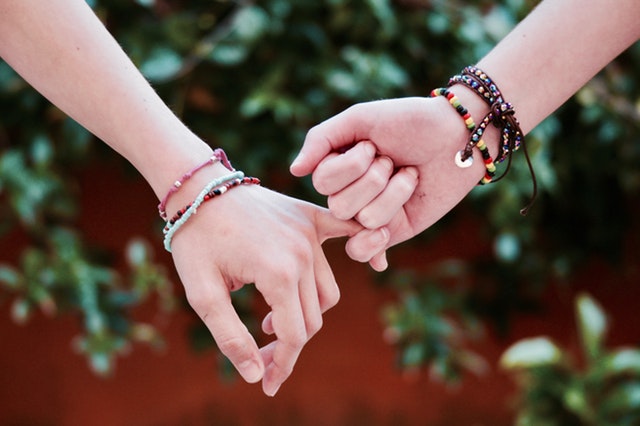 Binance Coin (BNB) is currently one of the most interesting coins in the vast crypto market. However, the thing that makes it interesting is seemingly unique to BNB at this time, which is the fact that it managed to decouple itself from Bitcoin (BTC).

As many are likely aware of, Bitcoin is the first and the largest cryptocurrency. It is also the most valuable one, in terms of its price. As such, Bitcoin has been dominating the market, as well as dictating the market’s behavior. Whenever Bitcoin’s price goes up or down, the rest of the market tends to follow, and each coin’s chart resembles that of BTC — not completely, but enough for everyone to notice.

Binance Coin, however, is the first coin to successfully say ‘no’ to this trend, and resist the largest cryptocurrency. Many have noticed this phenomenon and were wondering what had caused it. So far, the only explanation is a large number of use cases that BNB now has, thanks to various projects.

Binance Coin was created by the largest crypto exchange by trading volume, Binance. The exchange developed it to be a native coin in Binance ecosystem, and it is being used within the exchange itself. Many have started buying the coin, as using it within the exchange grants a significant discount on trading fees. The discount is set to drop by 10% yearly, starting at 50%. In other words, it will be gone after the fifth year since the coin’s launch runs up.

However, Binance found a way to keep the coin relevant through a number of other projects. The first and largest one was Binance Launchpad, which is a platform that helps new coins hold their token sales. While the ICO model is not very popular these days due to the fear of scams, buying securities, and alike — things are a bit different when the token sale is supported by a large and trusted entity such as Binance.

Further, Binance Launchpad only allows Binance users to participate in the token sale, and the new tokens can only be purchased in exchange for BNB. This has given the coin a massive new use case, and every single one of the three token sales held in 2019 (the Launchpad sells one coin per month) was met with a huge demand which had the token sales done within 15 minutes.

The demand for new, trusted coins caused BNB to surge by trading volume, price, and market cap in 2019. So much so, that BNB tripled its own price within less than two months. Not to mention that this was back when the crypto winter still had a reasonably strong influence over the market. While Bitcoin was losing value or struggling to maintain its price, at best, BNB was flourishing, and it still remains one of the best-performing coins in 2019.

Not only that, but Binance also announced its own blockchain, Binance Chain, as well as its own decentralized exchange, Binance DEX. While both are still in the making, Binance DEX beta was actually released recently, thus providing traders and investors with an opportunity to test it and provide their feedback. Once the chain and the DEX go live, Binance Coin will serve as their native coin as well.

Doing so will give the coin a permanent use case, and it will transform Binance from a simple, centralized exchange into a community which will be built around BNB. All of this will give BNB numerous new use cases, and the coin can only go further up from here.

Finally, Binance also holds quarterly token burns, often burning millions of BNB tokens, thus ensuring that the coin will not suffer from inflation and that its price will remain high. With all of the projects and events surrounding BNB, it is hardly surprising that it is the top performer, as well as one of the largest cryptocurrencies by market cap.

Is the separation from Bitcoin permanent?

Now, this is the real question. Bitcoin’s strength is massive, and not a single coin managed to fully decouple from it in the past. Many have tried, and even succeeded for a while, but they all came back under BTC’s fold, eventually. There were a few examples of this prior to the crypto winter, as well as during the bull run of 2017.

For now, it is difficult to tell, but if any coin will separate itself from BTC and start carving its own path — it is BNB. The coin holds tremendous potential, and it might reach a value that its own community never dared to imagine. While it is possible that BNB will eventually succumb to Bitcoin’s influence once again, for now, the coin seems to be holding its ground and resisting the allure of the largest crypto. If it manages to remain that way, the separation might be permanent, and the coin will be the first crypto ever to successfully pull it off.