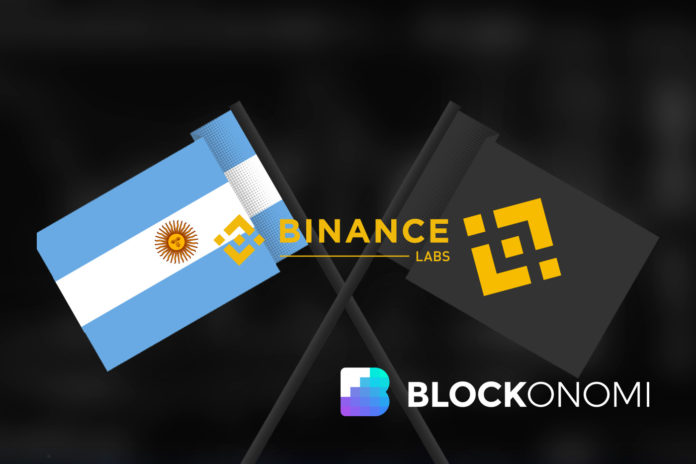 Binance Labs, one of the biggest cryptocurrency and blockchain hubs in the industry has announced support from Argentine Government in an initiative to boost the development & adoption of blockchain and cryptocurrency in Argentina.

Binance Labs announced their the co-operation with Argentina to help with the adoption strategy for crypto in the country, stating that:

Argentina is on the verge of massive blockchain adoption, from ATMs to transit systems, and Binance Labs is among its foremost supporters.

Previously, Argentina showcased the country’s tendency towards mainstream cryptocurrency utilization through enabling bitcoin-based payments (BTC) for covering train credits, that way having bitcoin become an alternative payment option for transportation in 37 cities in the country.

Binance a Part of the Blockchain Revolution in Argentina

As Binance representatives noted in one of their recent publications published on the official Binance website, Argentina is “on the verge” of mainstream adoption of cryptocurrencies, referring the case of cryptocurrency ATMs and crypto-based transportation payments.

Back in May 2018, Argentina announced plan to  introduce 4,000 bitcoin ATM machines in order to support direct exchanging of litecoin (LTC), ether (ETH) and bitcoin (BTC), also having the Central Bank of Argentina announcing 30,000 new ATMs across the country in the near future thanks to the flexible rules regarding cryptocurrency adoption.

Due to this case, Binance is showing their interest in cooperating with Argentina on this matter, as Argentina’s Ministry of Production and Labor announced their support for Binance Labs.

The support will come in the form of the country’s Accelerator Program offering 50,000 dollars for every project that Binance Labs decides to invest in, that way encouraging crypto and blockchain adoption. 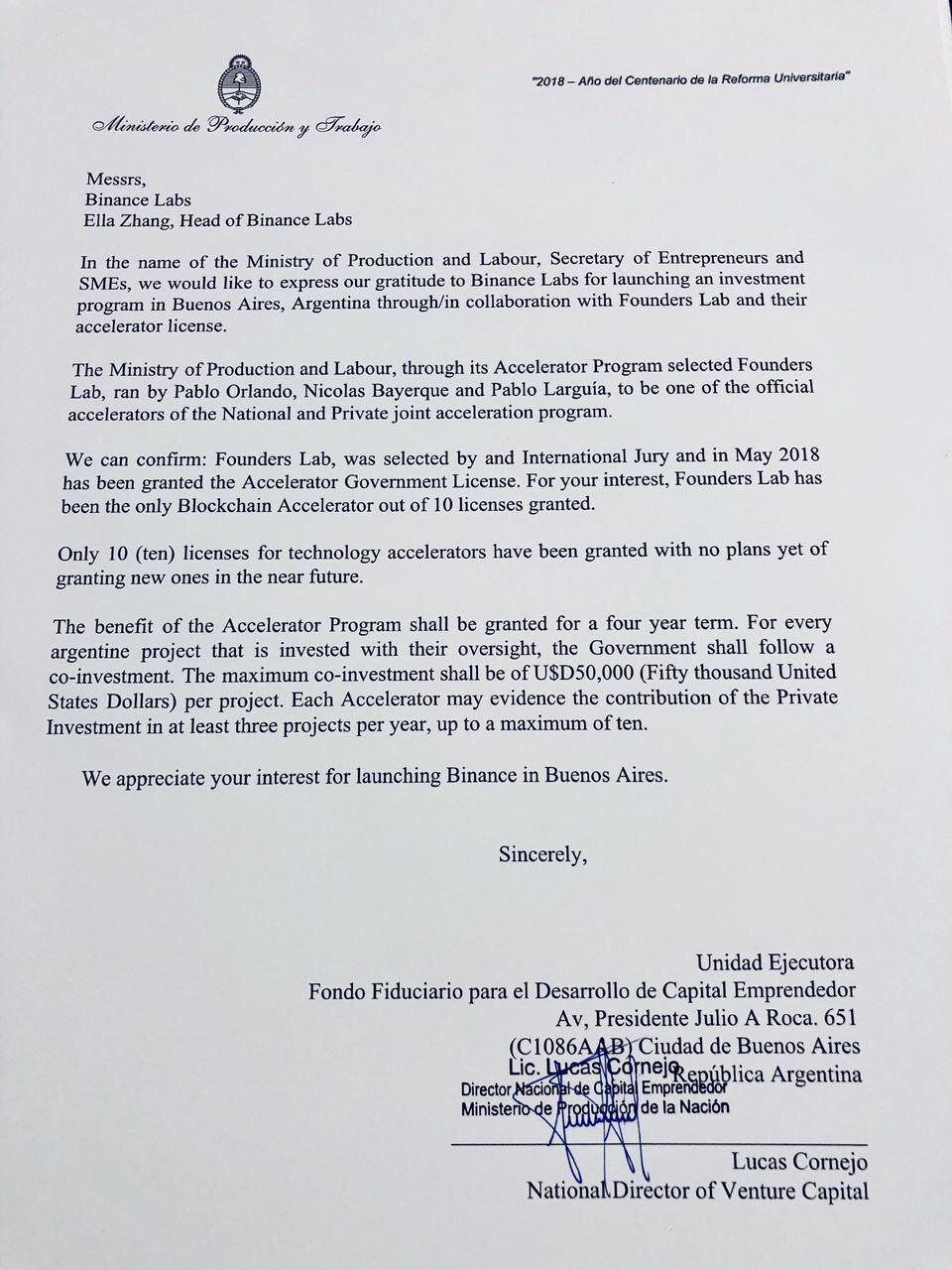 The recession in Argentina appears to be navigating the country towards implementing alternative payment methods as the country’s peso touched an inflation rate of 31.2%, which is why the residents are moving towards cryptocurrency adoption, starting with bitcoin.

Numbers regarding cryptocurrency adoption in Argentina are more than encouraging, making no wonder that Binance decided to select Buenos Aires as the regional hub for Binance Labs Incubation Program.

In the meanwhile, already 260 merchants in Argentina are accepting crypto as a payment method, out of which 190 are located in the capital, while in accordance with data found on Coin ATM Radar Argentina stands as the second country in the region by the number of ATM machines supporting bitcoin exchanges.

The goals of both, the government and Binance Labs, are definitely aligned, while Ella Zhang, the Head of Binance Labs, stated that the mission of the company is to extract the full potential of blockchain development.

Announcing the support of up to 10 projects on annual basis set to match investments of Binance Labs and LatamEx, through Founders Labs, Argentina appears to be looking at an accelerated rate of blockchain and cryptocurrency adoption.