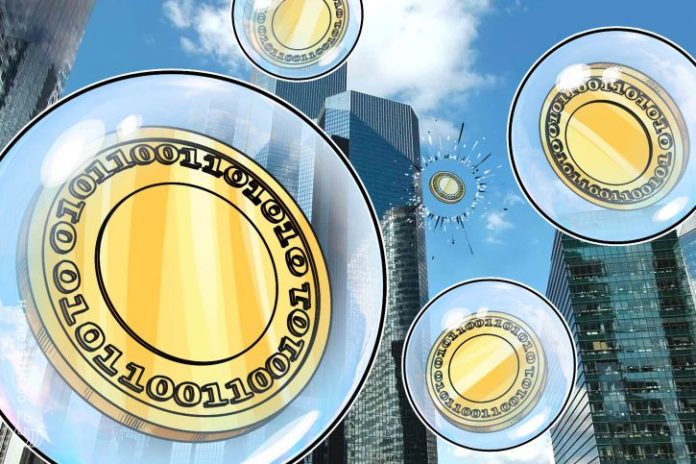 Zhang, who joined Binace less than two months ago, told Bloomberg that though the bull market remains positive thanks to a stable inflow of users, only the ICO bubble burst would open the industry to truly valuable projects. Zhang did not predict when such a bubble burst may occur. She said:

“We’d like the bubble to break. We still see a lot of hype in the market, valuations are high and unreasonable. We really think if the bubble bursts, it’s a good thing for the industry.”

Additionally, Zhang said that she is helping Binance to deal with the scams that have emerged as a result of the hype, with so-called Cryptocurrency Governance Initiatives, or CGI. The purpose of the initiative is to “fight scams and sh*t coins, and to boost crypto and blockchain technology.”

Within the initiative, Binance will reportedly support funds and token teams it’s working with, but  they must promise that “they won’t participate in pump and dump” schemes, and that they will build products according to their white papers. Binance will stop investing in funds and delist tokens from teams that do not honor their commitments.

Over the next three to five years, Binance Labs plans to invest $1 bln of Binance profits in various projects, with an average investment per project between $1 mln and $10 mln. There are 20 different cryptocurrency funds with whom Binance plans to collaborate as part of the new venture capital fund. All the projects involved will be obligated to join CGI. The fund has reportedly made four investments in both companies’ tokens and equity so far.

Zhang, who was previously an investment director at venture firm Kleiner Perkins Caufield & Byers, believes there can be a conflict between investing in tokens and equity, as they are valued differently. She said:

“If we see founders contribute to both sides, we’ll hold both sides. Sometime it’s hard to see which one is more valuable, but our position is to support the founders and create value for the project as a whole.”

Ella Zhang is not the first expert to predict a bubble burst. In April, Nobel Prize laureate for economics Robert Shiller pointed out that while Bitcoin might be a bubble, that doesn’t mean that it will burst and be gone forever. According to Shiller, there is a part of the cryptocurrency “bubble” that is political, as people who don’t trust their governments may be tempted to invest.