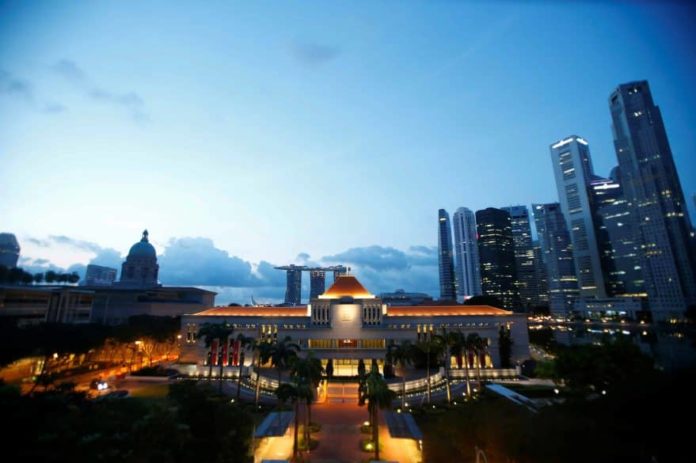 The venture capital branch of an investment company owned by the Singaporean government has invested an undisclosed amount in Binance, currently the world’s most popular cryptocurrency exchanges.

Vertex Ventures is the oldest venture capital fund in Southeast Asia, according to Bloomberg. Its ‘China’ and ‘Southeast Asia & India’ branches were involved in the deal.

The purpose of this deal is to open Binance Singapore, an exchange which will handle both cryptocurrency and fiat currency.

Binance is originally from China but now has offices in multiple locations (including Liechtenstein, South Korea, Malta), and it handled $740 million worth of cryptocurrency trades in the last 24 hours, according to coinmarketcap.com. CEO Changpeng Zhao told CoinDesk last month at an event in Singapore that the company had made between $150 and $200 million in profit in the first quarter of 2018 (the variable amount the result of the shifts in cryptocurrency values).

Zhao first announced the Singapore venture at that same event.

Singapore is an attractive location because of its developed economy, strategic location, and low rates of tax. It does not consider cryptocurrency legal tender, and has no plans to do so, but is receptive to attracting foreign business in a more general sense.

It is the site of Bitbox, a cryptocurrency exchange opened by Line, a Japanese corporation, and last week the central bank indicated that it is willing to help cryptocurrencies find bank accounts.

The investment company behind Vertex Ventures is Temasek Holdings, which is owned by the government of Singapore. Dating back to 1974, it invests in a variety of sectors and has offices in China, India, the UK, the US, Mexico and Brazil. According to its own performance review published in March 2018, its investment portfolio is worth $223.5 billion.

Its CEO, Ho Ching, is the wife of Lee Hsien Loong, who has been the Prime Minister of Singapore since 2004.

In today’s edition of The Daily, we look at a strategic investment that could help Binance to establish a fiat-to-crypto...