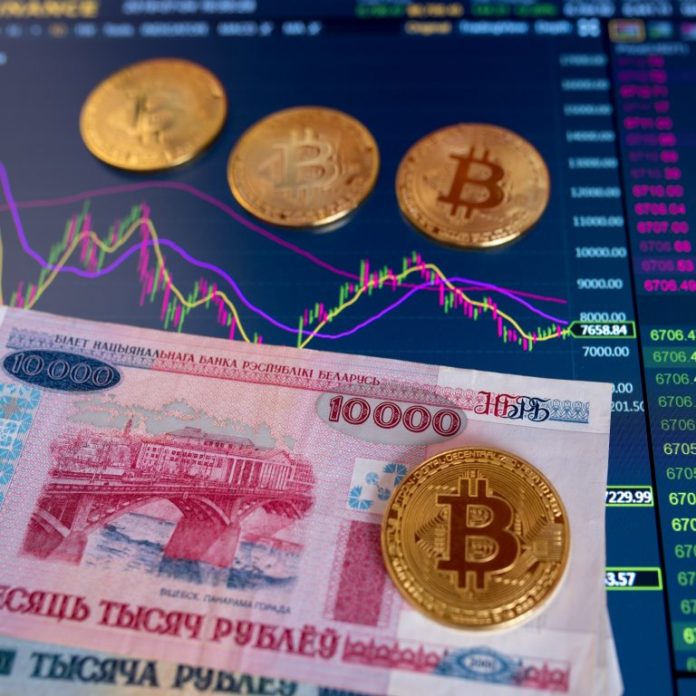 Cryptocurrency exchange Binance has informed Belarusian customers that its services will no longer be available in their country. The announcement follows reports of similar restrictions for residents of other nations under economic sanctions, such as the Islamic Republic of Iran and Zimbabwe.

The correspondence from Binance, currently the world’s largest digital asset trading platform by daily volume, does not specifically say when the restrictions will go into effect, Forklog reported. However, the exchange notes that they are related to the latest update in its Terms of Use (ToU) and urges Belarusians to acquaint themselves with the changes. Under “Prohibition of Use” on the ToU page, the exchange explains that by accessing and using any of its services, customers acknowledge and declare they are not on any trade or economic sanctions lists, such as those prepared by the U.N. Security Council and the Office of Foreign Assets Control of the U.S. Treasury Department (OFAC).

Binance says that it “maintains the right to select its markets and jurisdictions to operate and may restrict or deny its services to certain countries.” The exchange also insists on its stance that “prohibited users are not to use or access Binance and any of its services” and reserves the right to modify or change the terms and conditions of its user agreement at any time and at its sole discretion.

The announcement comes shortly after Binance imposed restrictions on other countries under Western sanctions. In November, several global exchanges, including Binance, cut ties with Iran, according to members of the local crypto community. Zimbabweans have also been informed that the exchange is unable to provide services in their country and have been told to withdraw their funds. Gleb Kostarev, a representative of Binance in the Russian Federation, has confirmed the authenticity of the Belarus announcement. Speaking to Forklog, he also noted that the new restrictions would not affect Russian residents. But the different treatment of the two countries raises questions about the rationale behind the decision. They are both members of the Eurasian Economic Union, which forms a common market.

The two nations are also subject to U.S. sanctions. But while Washington is constantly expanding its measures regarding Russia, sanctions relief has been granted for nine major Belarusian companies in the past three years. In October, OFAC extended the waivers for another year. The move is part of a policy aimed at encouraging reforms in the country, which is a traditional ally of Moscow. Belarus is one of only a few jurisdictions in Europe that have adopted crypto-friendly regulations. The number of fintech entities operating in the country has been growing since President Alexander Lukashenko’s Decree No. 8 entered into force in March. The order legalized the business activities of crypto and blockchain companies registered with the Belarus High Technologies Park (HTP) in Minsk.

The circulation and exchange of cryptocurrencies, however, remain largely unregulated. There are no cryptocurrency exchanges in the HTP and Binance’s decision to restrict services in the country will make it even harder for Belarusians to buy, sell and trade coins. Fortunately, other options are available.

A number of online platforms offer exchange services in the post-Soviet space. Best Change, for example, lists dozens of verified online exchanges where crypto-enthusiasts can acquire and trade digital currencies, regardless of sanctions imposed by foreign powers or bans introduced by their own governments. Many platforms support popular payment methods such as Qiwi and Yandex Money, but credit/debit card purchases are also possible. Belarusians can order prepaid Mastercards from Belarusbank, a leading commercial bank in the country. Its Carte Blanche card supports deposits in four currencies — Belarusian rubles, Russian rubles, euros and U.S. dollars. The fiat funds can then be used to buy digital money on any of the Best Change-listed platforms supporting such transactions.

Peer-to-peer exchanges such as Localbitcoins are also available to Belarusians who want to trade their coins. And Crexby, a platform recently launched by Belarusians in the U.S. as the first Belarusian crypto exchange, recently told news.Bitcoin.com that it plans to introduce support for Belarusian ruble trades. The company is already in contact with government officials in Minsk to ensure compliance with local regulations.

What do you think about Binance’s move to stop services in Belarus? Tell us in the comments section below.

Herding in the Most Volatile Market in Decades

In finance and economics, there is a branch called behavioural finance, which tries to theorize, research, and document the human...