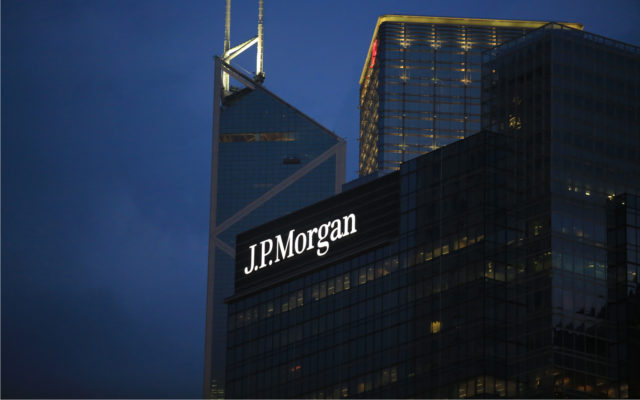 Bitcoin challenging the US dollar’s worldwide supremacy seems more likely after it emerged that even the country’s biggest bank thinks the status quo cannot last.

In a report issued July 10, Craig Cohen, a strategist for JPMorgan Chase, said changing habits among non-US central banks are creating a real sense of unease about the dollar’s long-term status.

Classically the world’s reserve currency, the greenback is seeing increasing competition from foreign powers and fallbacks such as gold.

“Central banks across the globe are also adding to gold reserves at their strongest pace on record. 2018 saw the strongest demand for gold from central banks since 1971 and a rolling four-quarter sum of gold purchases is the strongest on record,” Cohen wrote.

To us, this makes sense: gold is a stable source of value with thousands of years of trust among humans supporting it.

While JPMorgan predictably did not mention cryptocurrency, the comments underscore the increasing schism between the financial world and US politicians, including President Donald Trump, who remain convinced they can preserve the dollar’s stature.

As Bitcoinist reported, Trump himself reiterated that desire in recent comments on Bitcoin and cryptocurrency, in which he said he “was not a fan” of them.

“We have only one real currency in the USA, and it is stronger than ever, both dependable and reliable. It is by far the most dominant currency anywhere in the World, and it will always stay that way. It is called the United States Dollar!” he wrote at the time.

JPMorgan meanwhile also noted the dollar’s declining overall share of central bank reserves, which has dipped from 64% in 2008 to 55% today.

Trump’s trade war will further heighten the stakes, Cohen added, suggesting investors should even diversify away from USD.

“Given the persistent—and rising—deficits in the United States (in both fiscal and trade), we believe the U.S. dollar could become vulnerable to a loss of value relative to a more diversified basket of currencies, including gold,” he admitted.

As Bitcoinist noted, multiple sources have forecast Bitcoin playing an increasingly vital role as a reserve currency in future years. Those forecasts have come in different styles, with suspicions already circulating that central banks are already adding it to their stockpiles.

For its part, traditionally Bitcoin-skeptical JPMorgan has confirmed it will begin testing its in-house digital currency, JPM Coin, towards the end of the year.

What do you think about JPMorgan’s appraisal of the US dollar? Let us know in the comments below!

The post Bitcoin Boost As JPMorgan Casts Doubt On US Dollar’s Future appeared first on Bitcoinist.com.