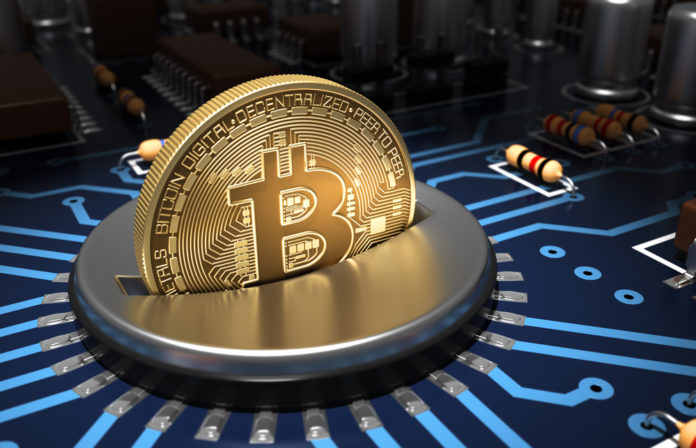 Bitcoin is steadily decreasing in volatility. If fluctuations in the bitcoin price in the double-digit range were not uncommon one year ago, then the number one cryptocurrency seems to have leveled off a bit. In the last 24 hours, the Bitcoin price has fallen only 0.64 percent, in the monthly course by just under 3.3 percent – a sign of maturity? There are some indications that we are dealing with a cryptocurrency that is slowly maturing.

Bitcoin, originally set to rebuild the banking system, has (and has) struggled with some initial difficulties. First of all, there is the image of the grubby Internet currency that exists only to facilitate terrorism and money laundering. A picture that still persists. In addition, there are constant doubts as to whether this is not a pyramid scheme or the biggest bubble the world has ever seen. This was also an argument – in combination with the high price fluctuations – that, for example, the US Securities and Exchange Commission prevented it from admitting Bitcoin ETF. However, as several researchers at the University of Krakow now find, has changed a lot in the land of cryptocurrencies.

The scientists now compared the fluctuations in the bitcoin price with those of the (supposedly) mature markets and stated:

“[…] the Bitcoin market and possibly other crypto currencies have concrete potential to become a regular market soon – as an alternative to the foreign exchange market.”

To do so, they analyzed the data from January 1, 2012 to March 31, 2018 by filtering out trading data one minute apart. Among other things, they examined the relationship between trading volume and price fluctuation (volatility). Especially in view of the last phase of the boom in December, they realized that everything speaks for the fact that the Bitcoin market is currently in the process of becoming more mature.

Probably the most notable finding of the study: The blistering in the high phase in December 2017 indicates that the market is maturing.

“[…] On 16 December 2017, the Bitcoin market experienced a spectacular turnaround. He changed from strong growing to sharply sloping […]. Such phenomena are well-known products of mature financial markets and are unstoppable in [all markets]. “

So it was above all the bladder phase, which suggests that the market has now matured after the short-term sharp rise and burst of the bubble:

“One of the simplest parameters for the temporal evolution of the price is [a correlation of two parameters] in the (growing) bubble phase […]. There is some empirical evidence that [this correlation] is common, perhaps even universal, in financial markets. “

They finally come to the conclusion:

“The Bitcoin market has very quickly developed the statistical characteristics that characterize all mature markets, such as equities, commodities and currency trading. It seems obvious that other cryptocurrencies follow this example. That could lead to a completely new market. “

To summarize: The Bitcoin market has lived through in a very short time, for which long-matured financial markets took much longer. And: blistering is normal and part of the maturation process. With this, Bitcoin has reached maturity level, which, according to the researchers, will soon put it in line with traditional markets.

By the way, the next decision on a Bitcoin ETF will be in November – perhaps the SEC will be taking this study to heart.