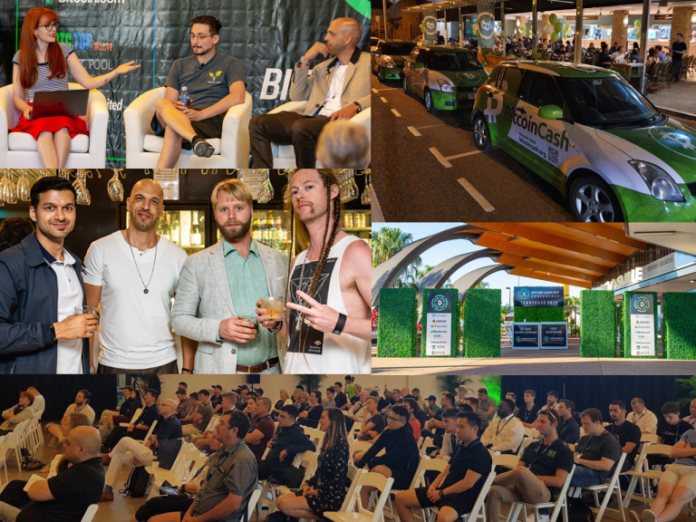 So many firsts from the Bitcoin Cash City Conference – what a huge success and a proud feather in the cap of North Queensland. As the largest cryptocurrency conference ever held in Australia, Townsville situated in sunny North Queensland worked its magic, fielding a beautiful setting, turned on some perfect winter tropical weather, and went on to supply an unparalleled Bitcoin Cash experience harnessing the city’s extraordinary Bitcoin Cash merchant adoption from which the Bitcoin Cash City and conference rightly gets its name. Together with the premium ticket including a 30 min helicopter scenic tour of Magnetic Island, the event attracted the finest speaker lineup and an amazing group of sponsors.

Bitcoin Cash is a leading cryptocurrency destined to become the first global electronic cash system with a powerful feature set producing the closest humankind has come to an ideal money. The Bitcoin Cash City Conference brought a sizeable influx of Bitcoin Cash to the local economy with merchants recording record sales over the week. Many new merchants began accepting Bitcoin BCH in time for the event, including the world’s first Taxi Cab company to accept Bitcoin Cash – Townsville’s Checker Cabs!

The event brought together leading Bitcoin Cash developers, entrepreneurs, top miners, legal and compliance experts and many more to discuss, reveal and plan the future of this amazing technology. Several major announcements including Townsville’s technology park planned for the city, new technologies built on Bitcoin Cash such as North Queensland’s Emergent Coding and several new Bitcoin Cash apps were revealed at the event. The event detailed industry insights, innovation, inspirations and an array of investment opportunities. Attendees enjoyed impeccable networking opportunities with like-minded people and future potential business partners from around the world including Doug McCollough from the city of Dublin, Ohio showcasing how their city was applying this unique Bitcoin Cash technology.

A huge thank-you to our platinum sponsors Aptissio, Code Valley, Bitmain, Bitcoin.com and BTC.TOP, our gold sponsors Bitcoinunlimited and BCHD, and our Silver sponsors Ichiva, CSS and Spice. There were many digital sponsors also which helped make the event such a success.

With all influx of international visitors and speakers, the city put on Australia’s largest meetup which was held at the Watermark the Strand. The Watermark took almost $6000 in Bitcoin Cash sales in a single night.

Quay Side Terminal provided an open platform for the venue and Bitcoin Cash City Conference organisers stacked it with great food, high quality AV, fast WiFi, fun helicopter rides, solid security, and so on – almost all paid for with Bitcoin Cash! This conference demonstrated integrity by pulling off a great event while walking the Bitcoin Cash talk.

This was the first international cryptocurrency conference ever that expected all attendees to rely solely on Bitcoin Cash. From buying tickets, flying into Australia, accommodation, taxis, food and entertainment – all in Bitcoin Cash. It was the coming-of-age of Bitcoin Cash.

By far the best indication of the event’s success is, to a person, vowing to return for BCCC 2020! The Bitcoin Cash City Conference left attendees with not just a highly informative event but also with grand memories of what life will be like with the “future of cash” thanks to the Bitcoin Cash City.