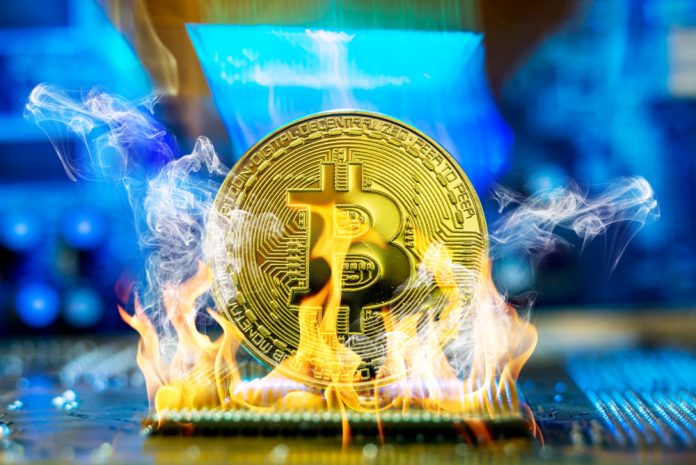 On Thursday, the first real hash war is to begin on Bitcoin Cash. Craig Wright and his mining army have announced war on the developers of Bitcoin Cash and Bitmain. We think that’s extremely exciting. It could be wild, but Bitcoin Cash could emerge stronger from it.

Oh, hurt. Hardforks are cruel. They trigger an irresistible social media addiction in us. We breathe Hardforks, 26 hours a day, 8 days a week, and inhale every tiny fact and every opinion. The Bitcoin Cash Hardfork, which is announced this week, is particularly spectacular. We would even say that it is the most spectacular event in the history of Bitcoin:The first hashwar.

(1) ABC upgraded Bitcoin Cash Software on August 15, launching a hardfork on November 15. Most of the features have previously been discussed with the developers of the other clients. These have, in part gritted and grudging, in the “developer consensus” added.

(2) Immediately afterwards, however, Bitcoin Unlimited members voted with extreme clarity against Canonical Transaction Ordering (CTOR) in a public poll. This is part of the Hardfork package. At the same time, CoinGeek, the largest Bitcoin cash-mining pool, has announced it will not support the Hardfork upgrade and instead support an alternative upgrade called “Satoshi’s Vision”. CoinGeek is closely allied with nChain, the company of pseudo-satohi Craig Wright. The followers of Craig Wright have immediately started to make mood against the Hardfork.

The march of ABC

(3) Most stock exchanges and wallets act as they are used to: They follow the lead developers, regardless of the hashrate. Virtually all exchanges have accordingly announced their intention to support the upgrade of ABC and to give the ticker symbol “BCH” to the chain received with ABC’s software.

(4) If possible and desired, they will attempt to make available the other tokens referred to here as “BSV” (Bitcoin Satoshi’s Vision). But since there is no replay protection or other measures to make this easy, hardly anyone can guarantee it. Among the service providers, such as Bitcoin.de, Binance and Bittrex. BitPay and Bitcoin.com, on the other hand, declare that they will only support ABC or BCH.

(5) A weighted statement of the positions of companies on Coin.Dance shows that 73-98% of companies are willing to support the ABC roadmap. SV’s roadmap, on the other hand, has much less support – but no significant opposition.

6) That looked like everything was decided. The exchanges are issuing the ticker symbol “BCH” to the chain with the ABC upgrade, and thus this official Bitcoin cash, gets all programming interfaces and all existing orderbooks on exchanges, while Bitcoin SV, if any, at some point as a new coin starts. Business as usual, as it is known from all coins. So was Bitcoin, Ethereum and Monero.

(7) Also technically it seems to be a sure thing: The Hardfork ABC performs a clean chain split. CTOR resolves a rule – the topographical order of transactions in a block – and introduces a new one – the canonical order. This has the effect that the first block produced with ABC is incompatible with all other implementations. No matter how high the hathrate is – there is a chain split in which both chains are viable.
The answer from nChain

(8) CoinGeek is the mining pool of Calvin Ayre, an eccentric billionaire who has made a fortune with online poker platforms. He is completely behind the self-proclaimed Satoshi Craig Wright and his company nChain. Calvin and Craig have said very clearly that they will not tolerate either the ABC fork or a chain split. Instead, the hash power should decide. For a long time this was dismissed as the saber-rattling of a madman.

(9) Over the course of the past week, however, it has become apparent that Craig Wrigh produces more than just hot air. Bitcoin SV is supported by 61 to 72 percent of the Bitcoin Cash Hashrate, while ABC does not even come up with 30 percent at best. This is partly due to the fact that Calvin Ayres pool “CoinGeek” has again increased significantly. But the SV pool, which was opened for SV-willing miners, has also built up powerful hash power, as well as the BMC pool belonging to nChain and the MemPool, which was founded only at the weekend, and which is primarily intended to appeal to Chinese miners who want to mine both BTC and BCH. The ABC-loyal pools Bitcoin.com, ViaBTC, AntPool, BTC.com and BTC.top are stagnant.

(10) Bitcoin SV provides up to 70% of Bitcoin Cash’s Hashrate. However, this is only a fraction of the total SHA256 hashrate spread across Bitcoin and Bitcoin Cash. Only 10 percent of them are focused on Bitcoin Cash. So it could be that the BTC miners are pulling off Hashrate to give SV the majority in hash power. But currently nothing indicates.

(11) Calvin and Craig have clearly stated that they will do anything to damage the ABC chain should they claim to be Bitcoin Cash without having the majority of the hashing power behind them. A temporary takeover by “loan hashes” by BTC Calvin Ayre rejects however. Should it happen, as previously announced – that there is a split and the stock exchanges list ABC as BCH – CoinGeek and nChain will use their hashing power to attack the BCH chain until companies and users consider Bitcoin SV as the real Bitcoin Accept cash. They announce the hash war.

(12) What can happen? Some people think the miners have no handle. The split is clean, so the miners can not wipe out the new chain, and the Difficulty algorithm guarantees a reasonably smooth running of the blockchain regardless of the hashrate. But I want to quote Neil Booth here, developer of ElectrumX and followers of Craig Wright: Most people lack the imagination to imagine what could happen.

(13) However, nChain gave us a taste of what was possible last week. Bitcoin.com has announced that they will separate the two chains by using a valid only on the ABC chain new op code “DSV”. This sounds plausible. But barely a day later, Craig Wright has announced that transactions involving DSV on the SV chain are going to miners. In other words, anyone who splits their coins with DSV loses them on the SV chain. The developers of SV showed shortly thereafter that this is easily possible.

(14) Next nChain held a short, unannounced stress test at the weekend. This test caused nChains Pool BMG to generate three 32mb blocks. This is the absolute record for Bitcoin (Cash). The blocks went through relatively well, only some Bitcoin Unlimited Nodes failed. However, it is clear to everyone that Bitcoin Cash will not be able to cope with a continuous load of 32mb blocks. Especially not if they are built in such a way that they are complex to calculate.

(15) The consequence of such a long-term burden will be that many services fail. ElectrumX servers (behind Electron) and block explorer. The rate of orphaned blocks will explode, making mining less profitable. This will make it easier for the attacker to launch 51% attacks and more.

(16) The ABC fans hope for Bitmain. However, the company is forced by the IPO to act rationally and already over-invested in Bitcoin Cash. Bitmain is not expected to invest much capital in a hash war. nChain and CoinGeek, on the other hand, have long been proven to be willing to burn money to do what they want, such as mining Bitcoin Cash exclusively, rather than the more profitable Coin, like all other miners. In addition, it may be possible that the competitors of Bitmain are just waiting to hurt Bitmain by participating in Hashwar.