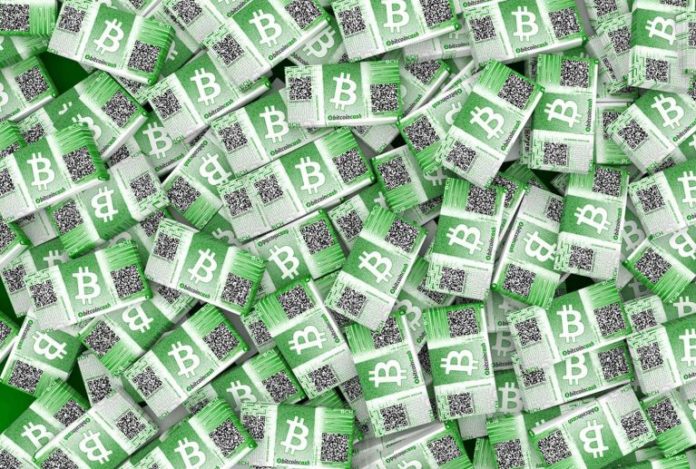 Bitcoin Cash (BCH) adoption, development, and participation continue to spread as there’s been a myriad of BCH-related announcements in the last few weeks. Moreover, there’s now over 18 million bitcoin cash in circulation and only three million coins left to mine.

The last few weeks have seen a variety of new adoption stories, software development, and new platforms that utilize BCH. Proponents of the decentralized cryptocurrency have been relentlessly pushing for mass adoption while showing a strong dedication toward scaling. Right now the price of bitcoin cash is hovering between $210-230 after most digital assets dropped a few percentages in value last week.

According to Coin Dance statistics, it is 489x more expensive to transact on the BTC chain in comparison to using the BCH network. Additionally, at the time of publication it is currently 3.5% more profitable to mine on the Bitcoin Cash blockchain. BCH fans have also witnessed the 18 millionth coin mined on the chain and there’s now only three million BCH left to mine. The fact that there are so few left makes bitcoin cash scarce and far superior to the fiat currencies that can be printed on a whim.

On October 10, the website bitcoincash.org announced it is launching a developer portal so programmers can utilize tools to develop and build on BCH. “Create amazing apps with Bitcoin Cash with resources for developers, by developers,” the website explains. The bitcoincash.org developer portal has tools like Python and Javascript libraries, vocabulary and associated APIs for Bitcoin Cash, the Badger Wallet software development kit (SDK), and an SLP SDK. The portal gives blockchain engineers the means to create infrastructure and third-party services for the BCH chain.

https://t.co/XyRCmfm8VC is launching a developer portal aiming to help developers find the tools they need to build on #BitcoinCash.

Six days later, the Bitcoin ABC development team released Bitcoin ABC version 0.20.4. The latest client release provides users with a new ‘createwallet` RPC command, bug fixes, and more. The 0.20.4 version is available to download now for a variety of operating systems. In addition to the recent release, BCH developers from across multiple clients are preparing for the forthcoming November upgrade. BCH engineers plan to implement two new features: Schnorr support for OP_Checkmultisig and enforcing Minimaldata in script, otherwise known as the “Minimaldata” rule.

A new unofficial platform for the Telegram messaging application Telefuel has announced the firm is now accepting bitcoin cash payments for its premium-tier services. Telefuel is an application for Telegram power users who can leverage the platform for coworking, collaboration, and productivity offerings. For instance, with Telefuel users can access Slack-like services that can support individual and group workflows. Features include chat folders, workspaces, keyboard shortcuts, unread mention filters, and split tabs for DMs, groups, bots, and channels.

“We’re building Telefuel to serve power users on Telegram, so crypto-industry professionals are obviously an important focus for us,” Telefuel co-founder Alan VanToai detailed. “Bitcoin Cash is an important pillar in the industry, so we’re happy to include BCH among the currencies we’re accepting for Telefuel Pro.”

Another service that now accepts BCH is Visionati, a visual recognition engine that leverages artificial intelligence (AI). Visionati believes it’s the “most robust computer vision API on the market” by offering advanced algorithms and data. Users can harness the platform to interact with image and video metadata. Services offered include image and video analysis so people can make images and films searchable with the ability to filter as well. This includes automatic tagging, NSFW filtering, facial recognition, logo detection, color analysis, and optical character recognition. For services, Visionati accepts BCH, ETH, and BTC. The startup believes it is one of the first visual recognition products enhanced by AI that accepts digital assets.

A new feature is available at blockchain.poker for users who want to play poker for BCH, BTC, or BSV. Users can simply log in and sit down for a game or they can create their own tournament on the platform with the added functionality. The site’s owners recently revealed the poker platform’s tournament update on Twitter, explaining: “You can now earn bitcoin by creating your own sponsored tournaments on blockchain.poker. Create a tournament by clicking the “+” button at the bottom of the tournament lobby.”

This morning a few players announced on the Reddit forum r/btc a 0.5 BCH guaranteed prize pool tournament on the web portal. BCH fans seemed to enjoy the poker site’s announcement and one person remarked: “Keep up the great work guys — I’m convinced this is going to be huge once the key features you described here are implemented. The reputation system should mitigate a good portion of the risk of cheaters if done right.”

Overall there’s been a lot happening within the BCH ecosystem and passionate Bitcoin Cash proponents continue to truck forward. Bitcoin Cash miners, businesses, and node operators are also preparing for the consensus changes coming November 15. The upgrade is a touch over two weeks away and according to developers, the added features will continue to bolster the BCH roadmap going forward.

Did you know you could win big with Bitcoin gambling? Choose from a range of BCH games including BCH poker, BCH slots, and many more. All games are provably fair—good luck!

After reaching new depths below the 8k level near the end of September, market valuations in BTC/USD have been largely...