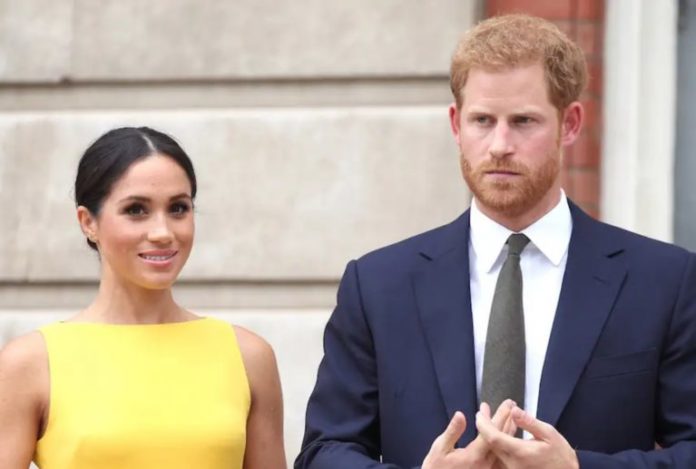 A bitcoin investment scheme has reportedly claimed that Prince Harry and Meghan Markle are making millions using a “wealth loophole” and have urged everyone to check out Bitcoin Evolution. However, this is a sales tactic by a known scam, claiming that some members earned their first million in just 61 days.

The world’s financial crisis and significant job losses have driven many people to look for opportunities to make money online. There is an increasing number of bitcoin investment schemes promising income that sounds too good to be true. Among the tactics they use is celebrity endorsement. On Thursday, British media reported that a scam called Bitcoin Evolution is using Prince Harry and Meghan Markle, the Duke and Duchess of Sussex, to attract investors.

Bitcoin Evolution is not a new investment scheme but has recently garnered more attention worldwide by using fake celebrity quotes, including those it claims were made by Prince Harry and his wife, Meghan Markle. The scheme alleges that the couple is making a lot of money trading bitcoin, the Mirror reported.

A “Powerful Message From Meghan,” the scheme wrote and provided a link to a fake BBC article about the couple appearing on British daytime television program called This Morning, journalist Andrew Penman of the Mirror reported. “The royals dropped a bomb,” he quoted the article, which details that Prince Harry and Meghan Markle told Phillip Schofield, the show’s presenter, about a “wealth loophole” that can “transform anyone into a millionaire within 3 to 4 months.” The scheme further advertises, “British citizens are already raking in millions of pounds from home using this ‘wealth loophole.’” The fake Harry and Meghan quote reads: “We intend to step back as senior members of the royal family and work to become financially independent … we urge everyone to check this out before the banks shut it down.”

Instead of being shut down by banks, Bitcoin Evolution is likely to be shut down by governments for scamming residents in their jurisdictions. According to Penman, clicking through the website link in the fake message lands one on the Bitcoin Evolution website, which has a cookie-cutter layout used by many scams. News.Bitcoin.com has previously warned about scams using the same website format, such as Bitcoin Era, Bitcoin Superstar, Bitcoin Trader, and Bitcoin Revolution.

Like other similar scams, Bitcoin Evolution asks for an initial, upfront investment of at least $250. The website claims that its members work an average of 20 minutes a day or less, letting the Bitcoin Evolution software handle the trading. “Bitcoin Evolution members typically profit a minimum of $1,300 daily,” its website additionally claims. Another part of the website explains: “Your profits are unlimited within the Bitcoin Evolution. Some members earned their first million within just 61 days.” There is no address, phone number or any company registration information posted on the website, unlike another scam news.Bitcoin.com recently reviewed called Moon Bitcoin Live.

Investigating the scam, Penman completed the registration process on the Bitcoin Evolution website and was redirected to an external website for Excentral, a platform that specializes in high-risk contract-for-difference (CFD) trading. It is owned and operated by Cyprus-registered investment company Mount Nico Corp. Ltd. The journalist proceeded to alert the company of the scammy tactic used by Bitcoin Evolution. The company told him that marketing was done by outside parties but said that it had terminated the business relationship with Bitcoin Evolution. “They have breached the terms and conditions and our marketing policy which the European Securities and Markets Authority requires of us not to engage in the publication of misleading information,” the company told Penman.

Bitcoin Evolution has recently run into trouble with the U.K. financial regulator. On March 16, the Financial Conduct Authority (FCA) warned about Bitcoin Evolution, stating that it had been providing financial services and products in the country without authorization. When looking for investment opportunities online, take extreme caution as there is an increasing number of scams during this global pandemic. Here are some red flags to watch out for.

What do you think of the tactic used by Bitcoin Evolution? Let us know in the comments section below.

We will be looking into the past price trends of SIA and several market opinions in order to develop a...