The surprising announcement came unexpectedly to both technology and bitcoin communities, mostly because of his contributions to Silicon Valley and to the field of technology. However, as Bitcoin Core contributor Peter Todd noted, Srinivasan was previously involved in the medical industry, leading DNA screening startup Counsyl and obtaining a degree at the Stanford university’s department of developmental biology.

Sources reveal that Trump is likely to select either Srinivasan or former Goldman Sachs Asset Management chairman Jim O’Neil, mostly due to their expertise and experience in dealing with startups and businesses. In particular, Srinivasan’s background in pursuing the development of innovation in various industries complements Trump’s pro-business and anti-regulation approach.

It is highly likely that Srinivasan was elected as a contender to lead the FDA by recommendation of Peter Thiel, multi-billionaire supporter and now, adviser to Trump, who previously met with the President-elect to discuss FDA positions.

In early 2016, Srinivasan openly criticized the FDA for their interference with innovative projects pursued by technology conglomerates such as Apple. He revealed that Apple CEO Tim Cook prevented from launching health monitoring features of the Apple Watch because Cook believed the FDA would regulate the watch and transform it into a government-licensed health product.

Srinivasan further condemned the FDA’s consistent efforts in limiting innovation in virtually every field the organization is permitted to oversee.

“Why care about the FDA so much? Well, whether you want a new drug or to get to transhumanism they are the man to beat – or escape, via exit,” said Srinivasan.

Politico publication The Hill confirmed with Trump spokesman Sean Spicer that both Srinivasan and O’Neil are being considered for a position in the United States Agency for International Development. The publication also emphasized Thiel’s close ties with Srinivasan, noting that Thiel had previously donated to a bitcoin startup founded by Srinivasan.

Mulvaney made positive remarks on bitcoin as early as 2014, when the general population didn’t develop much awareness on bitcoin as a store of value or as a currency. Mulvaney stated:

“Just wrapped up a Small Business Committee hearing on Bitcoin. I know it isn’t a mainstream issue yet — and may not become one — but it is extraordinarily interesting and something that could eventually influence the dollar and our monetary policy. In fact, one of the witnesses drew favorable comparisons between Bitcoin and Milton Friedman.”

It will be interesting to observe the roadmap the US government develops in the next few months and if bitcoin or other financial technologies are an essential part of it. It could also indirectly impact other controversial decisions or rulings, including the sentencing of Ross Ulbricht, who is serving life in prison for allegedly running Silk Road. 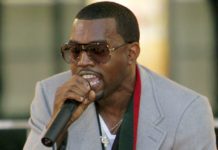 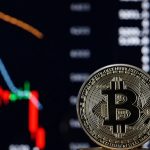 Russia’s Central Bank Says It ‘Will Not Ban Bitcoin’