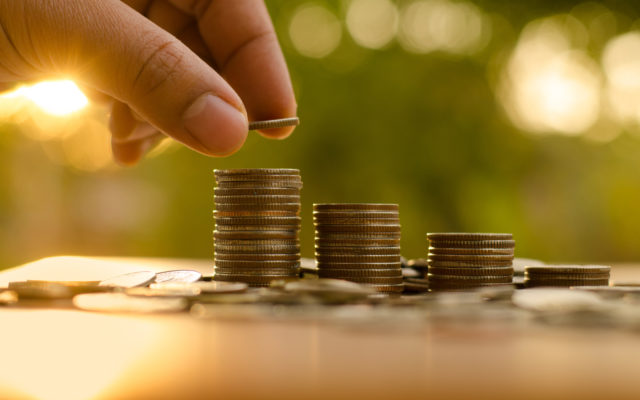 As helpfully tweeted by the trader and analyst known as Rhythm, Bitcoin is now the 11th largest money/monetary supply in the world. That’s pretty impressive for a 10-year-old upstart, created from an anonymously published 9-page whitepaper.

Less Is More, More Or Less

Bitcoin’s mathematically limited supply has seen it being increasingly used as a store of value and an associated climb in price. In terms of market cap, bitcoin now beats the national currencies of Brazil, Canada, Mexico, Australia, and South Korea.

At time of press, the value of all the bitcoins ever created was over $0.21 trillion. That is just short of the global supply of Russian rubles.

So who’s next? After all, Bitcoin is the hardest money ever created, so it stands to reason there are some more scalps in its sights.

Well, after Russia is despatched, the bitcoin market cap will have to double to topple the next largest supply of India. There is currently over $0.4 trillion worth of rupees in circulation. Another similar increase would be required to overtake Switzerland ($0.6 trillion), and the same again to become more valuable than the current supply of silver ($0.8 trillion).

At this point, the United Kingdom would also have fallen by the wayside, with around $0.7 trillion worth of sterling in circulation.

After that, it will probably be time to take a breather. Bitcoin will be the 6th largest money supply, and the price will be pushing $50k… and getting in the top five will take a monumental push.

It’s a considerable further jump up to the current currency supply of the United States ($3.3 trillion) and Eurozone ($3.6 trillion). Even then we still have China ($4.6 trillion) and Japan ($4.9 trillion) to surpass before we can focus on the biggest prize.

Gold! The stuff of Peter Schiff‘s dreams, and by far the largest supply of base money, with an estimated $8.4 trillion worth.

Whilst this may seem like some pie in the sky fantasy, models like stock-to-flow do seem to suggest that bitcoin’s reducing supply of new coins due to reward halving events, could propel the market cap to $100 trillion after 2028.

Does This Really Mean Anything?

Arguably not. The biggest factor feeding market cap in the short term is simply bitcoin price. So at the height of 2017’s crypto-frenzy, bitcoin was already the 10th largest money.

Plus, this doesn’t really reflect circulating supply, as many of the existing coins are forever lost or unusable. But that does also increase their rarity, which should eventually lead to further price increases.

Still, it’s a nice thing to reflect on the number of people who have put their faith in “a bank with no CEO, office or marketing department.” As Rhythm suggests, “it should absolutely blow your mind.”

Bitcoin is now the 11th largest money in the world, and it obtained this with only a nine-page paper created anonymously fueled by a grassroots movement.

Millions of people have choosen a bank with no CEO, office or marketing department and it should absolutely blow your mind. pic.twitter.com/I8Mgv2fRjJ

Do you think bitcoin will be the one true global currency? Comment below!

The post Bitcoin Is Now The 11th Largest Money In The World appeared first on Bitcoinist.com.