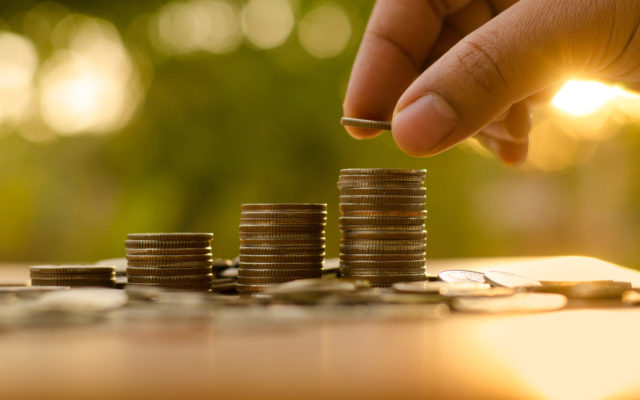 Bank of America Merrill Lynch recently surveyed fund managers and found that investors are the most bullish they’ve been on bonds since the end of 2008.  But that popularity comes as long-term risks are developing for traditional asset classes. For these reasons, Morgan Creek Capital Founder & CIO, Mark Yusko thinks new types of protective ‘insurance’ such as Bitcoin may be warranted.

While the traditional expectations call for a slow summer trading period, stocks have consistently traded under heavy selling pressure and posted some of their most volatile single-session performances of 2019.  Bearish catalysts first appeared in the U.S. bond space, where the yield curve inverted for the first time since the 2008 financial crisis.

As a result, bond markets now meet three of the four main characteristics which define a ‘bubble’ environment for global government debt.  But despite this clear evidence of macro uncertainty, government bonds haven’t been this popular in more than a decade.

Mark Yusko, Founder, and CEO of Morgan Creek Capital Management responded to these developments in a recent interview with CNBC:

I think we’ve got the biggest bond bubble we’ve ever seen in history… and it’s starting to show signs of deterioration.

Unfortunately, these signs have become visible in most regions around the world.  Let’s take a look at the activity in bond markets for developed countries in several regions.

We should start with the world’s largest economy, where the U.S. Treasury market’s 30-year bond yield has an all-time low clearly in its sights: 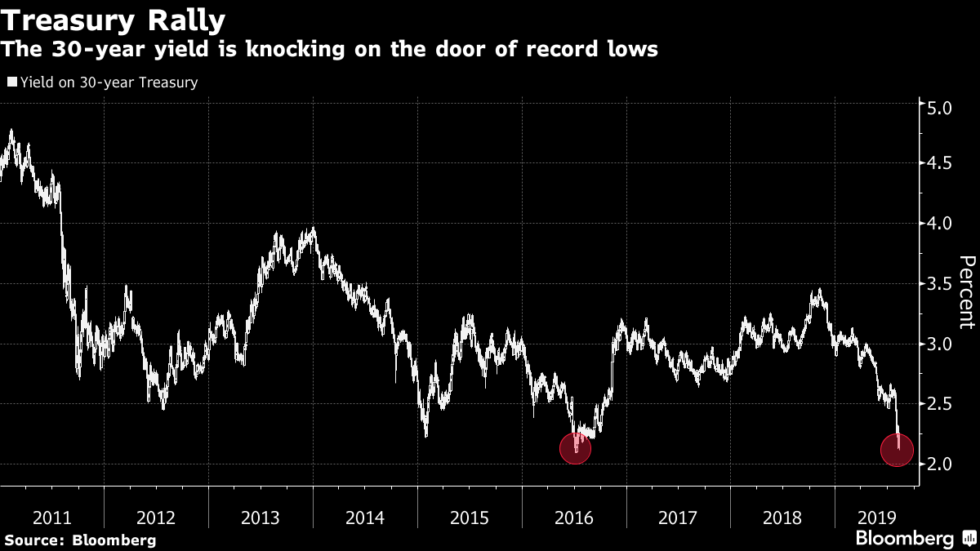 Next, we can look at government bond yields from Sweden and Switzerland (two of Europe’s strongest and most stable economies) dating all the way back to 1870: 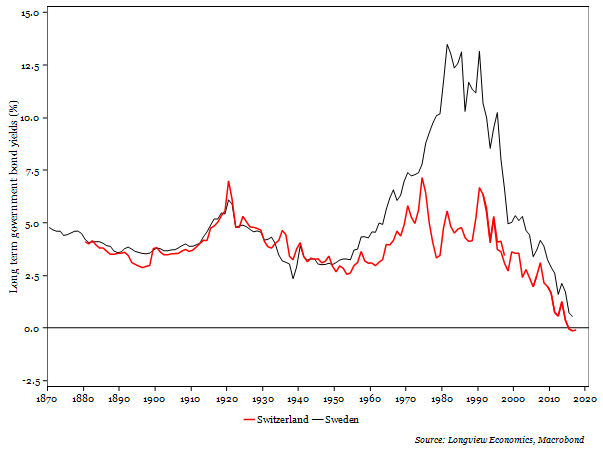 Last, we will look at perpetual bonds in the U.K. (also referred to as consols) dating back to 1700.  Essentially, these yields are tied to bonds that the government can redeem any time they want (without much advance warning): 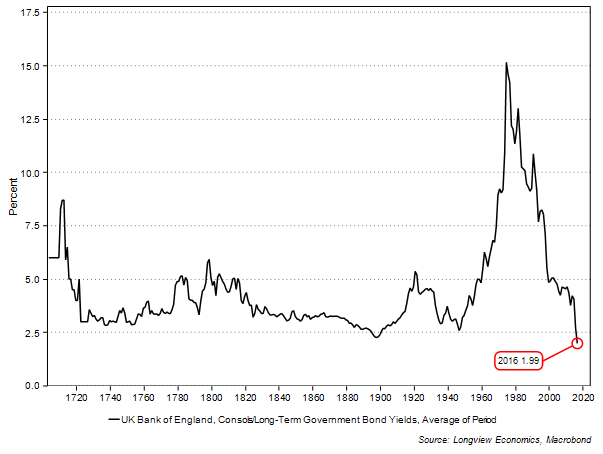 Needless to say, these are all very long-term comparisons.  Essentially, these broader time frames make it much more difficult skeptics to dismiss the current trends as simple one-off events.

By historical standards, equities remain overvalued even after their recent declines.  So if the relative safety of bonds continues to evaporate, it stands to reason that investors may start to see value in untapped areas of the market.

In his CNBC interview, Yusko offers some final advice to traders and goes on to explain why a long-term bitcoin investment can act as a hedge against global uncertainties:

People that watch the daily price of bitcoin are really missing the point.  The whole idea of bitcoin is that it’s a store of value It’s a chaos hedge, or ‘schmuck insurance’ as I like to call it.  What we need to think about is the long-term trend. What you want to do is own a piece of the network. You want to have 1, 2, 3 or 5% of your net worth in this asset.

Do you think bitcoin works as a hedge against global economic uncertainty?  Let us know in the comments below!

Bakkt has won approval from US regulators to trade physically-settled bitcoin futures, a move many believe would legitimize the cryptocurrency...