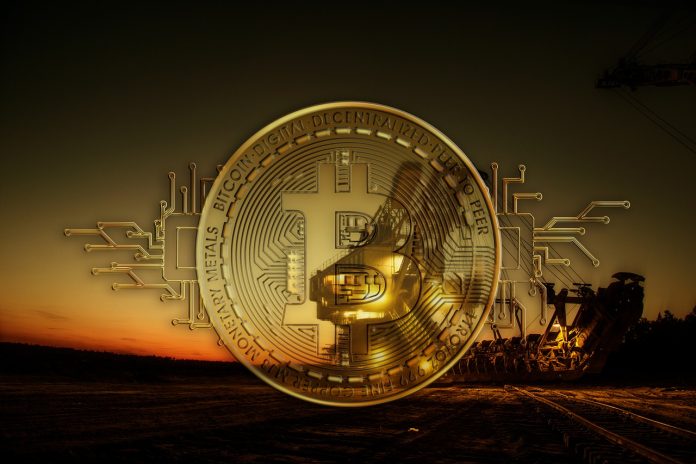 Cryptocurrency miner SAITECH Limited is emerging as a leader in carbon neutrality in the highly energy-consuming sector, recognizing the importance of responsible and efficient energy use. The company recently announced that it has signed a definitive agreement to pursue a U.S. listing via a merger with TradeUp Global Corporation (TUGC.US), a special purpose acquisition vehicle “SPAC”. SAITECH is invested in by Bitmain, the largest mining hardware manufacturer.

The Eurasian-based mining operator is taking a multi-pronged approach to more responsible energy consumption that includes not only building renewable sources to power its mining operations, but also finding ways to recycle the huge heat generated by its Bitcoin mining operations.

Its moves come as Bitcoin and other cryptocurrencies gain greater acceptance globally, signaling the strong potential for such digital currencies to become a mainstream alternative to national currencies for cash transactions and investment purposes. Big names like Invesco have added blockchain and crypto-related products to their exchange traded fund (ETF) offerings in recent years, and the recent debut of Bitcoin’s first ever exchange traded fund drove the cryptocurreny to new all-time highs. Bitcoin is gaining new momentum and attention in the global capital markets, and the ProShares Bitcoin Strategy ETF is expected to be the first of many more to come, driving new accessibility to a larger investor base.

Bitcoin has a notorious reputation for its energy use and carbon emissions and therefore highlighting the strong interest from mainstream investors but SAITECH is part of a newer wave of cryptocurrency miners coming to market with a special focus on sustainable energy. The company is one of the largest energy saving Bitcoin mining operators in Eurasia, which has an integrated mining solution backed by proprietary waste heat recovery technologies are revolutionizing the way that heating is provided. SAITECH has scaled mining operations in Eurasia that benefit from key competitive advantages, such as lower energy and infrastructure costs.

SAITECH currently operates a 15MW mining operation, with another 90MW expected to come online by year-end. The company is planning an additional 200-300MW expansion for 2022, which will include the latest innovations from its previous pilot programs designed to use energy more efficiently.

One such program, for example, is being conducted in Finland, where heat generated from a mining center is being recycled for use by potential customers for heating homes, offices and other spaces.

The huge potential of Bitcoin and other cryptocurrencies has attracted attention from a wide range of companies, from miners like SAITECH, to mining machine makers and cryptocurrency exchange operators. But the industry has also come under scrutiny for the large amounts of power it consumes due to the computing-intensive nature of mining operations.

Other ‘green’ focused bitcoin miners such as Stronghold Digital Mining had a positive reaction from investors during their market debut. Stronghold mines Bitcoin from waste coal as miners across the United States continue to look for competitive ways to capitalize on Bitcoin mining. The company brings the waste coal from previous coal mining sites, which is used to generate electricity for its miners. While another emerging miner Crusoe Energy Systems Inc. utilizes flared gas to power its mining operations.

Bitcoin mining uses about 0.26% of electricity globally and consumes 0.11% of global energy, Nic Carter of Castle Island Venture Capital said in a speech at the B Word Conference in July. Due to their high energy requirements, many mining outfits also build accompanying power generating facilities, often using renewable sources like solar, wind and hydropower. Among them, the proportion of renewable energy is 39%.

SAITECH has previously said it is on a mission to build the world’s first “horizontally integrated clean energy technology company, providing integrated, all-inclusive business solutions from computing to power to heat.”

The move to lower carbon emissions and more efficient use of heat is not only good for the environment, but also makes economic sense. SAITECH estimates it collects more than 90% of the electricity heat generated from bitcoin mining rigs for recycling as central heating. That, in turn, greatly reduces its power and heat costs by 35%, thus improving its return on investment.

Investors are definitely showing enthusiasm for nascent and emerging companies that are tied to cryptocurrencies, so keep your eye out on SAITECH for their debut during Q4 this year. Given the latest increase in Bitcoin prices, it is unlikely that Bitcoin mining will be slowing down anytime soon, but the increasing scrutiny on responsible energy use and associated global emissions will likely be a key focus for investors going forward.