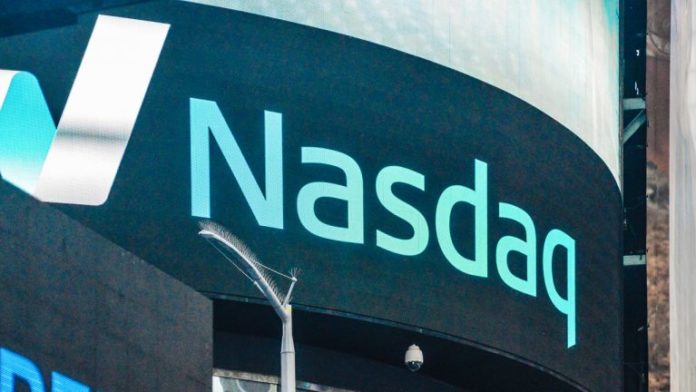 On Friday, June 26, the China-based Zhejiang Ebang Communication, often referred to as Ebang, will be listed on Nasdaq, according to various reports. Ebang’s initial public offering (IPO) will be the second U.S.-based IPO for an ASIC mining manufacturer joining the company Canaan. The Ebang IPO prospectus was also updated on June 17, raising the fundraising goal to $106 million after the company previously filed for $100 million.

A myriad of regional reports indicates that the Chinese company, Ebang will be listed on the American stock exchange Nasdaq located in New York City this Friday. Nasdaq is the second most popular stock exchange in the U.S., ranked only behind the New York Stock Exchange (NYSE).

News.Bitcoin.com reported on rumors of Ebang filing an initial public offering prospectus on December 6, 2019. The initial $100 million filing with the U.S. Securities and Exchange Commission actually took place on April 24, 2020. The filing notes that when the shares are listed on the Nasdaq Global Market exchange the ticker symbol will be EBON.

Following the original filing last April, weeks later on June 17, Ebang submitted it’s Q1 2020 earnings and updated the fundraising goal from $100 million to $106 million. After the update, the crypto pundit Samson Mow tweeted an invitation sent to him in regards to Ebang’s IPO afterparty. The afterparty is allegedly scheduled for Friday, June 26, and a report published by the regional publication Blockbeats confirms the listing launch as well.

Ebang International Holdings decided to choose Nasdaq and offer 19.3 million shares. The company shares will be sold at a price range between $4.50 to $6.50 per share. Calculations show that the firm would have a market valuation of $721 million.

Of course, Canaan Creative also filed for an IPO in the United States as well with the SEC, and its original goals were to raise $400 million on the Nasdaq Global Market. That never came to fruition, and on November 21, when the Chinese mining rig manufacturer Canaan launched its initial public offering (IPO) sale, it only sold $90 million worth of U.S. shares.

Canaan shares initially sold for $8.99 and today shares are selling for $2.12 per CAN (NASDAQ: CAN), which is a 76.4% loss in value. Additionally, the two mining manufacturers who have not gone IPO just yet, Bitmain and Microbt, still control a dominant share of mining rig sales worldwide.

With Ebang’s plans to launch on Nasdaq on June 26, under the symbol EBON, the company has enlisted Prime Number Capital, AMTD Global Markets, and Loop Capital Markets as book-runners. The company founded in 2002, will hold an IPO celebration ceremony at a hotel in Hangzhou, according to the local reports.

The recent IPO sent to SEC indicates that while Ebang made $109 million last year, the company also had a $41 million deficit in 2019. The firm is run by CEO Don Hu, CFO Lei Chen, and the deputy general manager Chunjuan Peng.

Ebang is also involved in an ongoing lawsuit initiated by Shenzhen-listed Wholeasy’s subsidiary “Beijing Cailiang.” The lawsuit involves an $80 million mining investment gone sour and Ebang claims that Cailiang played a victim and wholeheartedly disagrees with the lawsuit.

Despite the litigation and revenue losses, Ebang’s IPO will likely happen unhinged this Friday. It’s not uncommon for mining manufacturers to be embroiled in lawsuits, as many of the top four firms are involved in litigation proceedings and also lost revenue in 2018 and 2019 as well.

What do you think about Ebang being listed on Nasdaq on Friday, June 26, 2020? Let us know what you think in the comments section below.

This Technical Sign Will Make Bitcoin “Rip” to $11k and Beyond: Analyst

Bitcoin has finally started to press higher after weeks of consolidation. Though prices have since retraced to $9,550, the cryptocurrency...