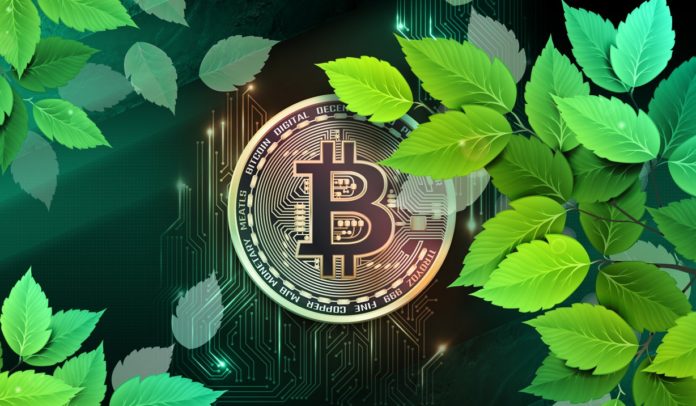 As of 2022, Bitcoin (BTC) mining is said to be responsible for 0.1% of all greenhouse gas emissions worldwide. That’s because the very action of BTC mining calls for intense computational power, which is dependent on the burning of fossil fuels, which releases harmful greenhouse gases into the atmosphere…it’s a toxic chain reaction.

While Bitcoin’s environmental impact isn’t exactly breaking news, the recent attacks on it are. In fact, one of the harshest strikes came from none other than the White House, in the form of a 46-page report extensively outlining the cryptocurrency’s negative impact on the environment. This comes as no surprise, seeing as the sheer amount of energy consumed by BTC miners is in stark contrast to the nation’s long-term sustainability goals.

The White House’s report states that the Department of Energy and the Environmental Protection Agency should be working with local and State officials to build and implement proper crypto mining industry standards to follow. And, according to the report, should these measures fail to reduce BTC mining’s environmental impact, executive action should be explored in terms of limiting the energy-intense mechanisms used for BTC mining.

But the President and his Cabinet aren’t the only ones to condemn crypto mining.

Academics from all over the nation have deeply examined BTC mining’s energy usage, and they push the fact that BTC mining calls for a huge amount of electricity to validate blocks, which increases the release of greenhouse gas emissions. Some Universities even accuse Bitcoin of contributing the same amount of environmental damage as all beef. Professors are saying that “internet money” is “more like digital oil than digital gold”. In fact, the study containing this statement made headlines in almost every major publication that’s ever featured Bitcoin, including Newsweek, Forbes, Bloomberg, and Time among countless others.

Environmental activists, like Sierra Club and Earthjustice, also recently slammed Bitcoin through their collaboratively produced report sprawling 37 pages. From cover to cover, the report ridicules Bitcoin and labels it a “nebulous and opaque industry”.

Frustration is mounting in the Bitcoin industry, where countless miners rely on the sector to put food on the table. But environmental aspects aside, the crypto industry has indeed made the financial arena a better place by taking the power away from traditional banking institutions and placing it where it belongs – into the hands of the people.

So, the solution is clearly not to cease BTC mining activity altogether. Instead, we need to show the critics that the industry is working hard to offset Bitcoin’s environmental impact while proving a gradual transition to renewable energy Bitcoin mining.

One such company spearheading this shift is PEGA Pool, the world’s first eco-friendly mining pool that’s planting trees as a way to counteract the damage caused by BTC mining. Trees absorb and store CO2, while releasing new oxygen into the atmosphere. While we’d need more than 300 million trees to see a real difference, the PEGA Pool team has already planted over 75,000 – and they haven’t even officially launched yet.

To learn more about PEGA’s eco-friendly mining pool and to claim one of their last available waiting list slots, visit their website today. Early-bird BTC miners who sign up during the pre-launch period qualify for a lifetime pool fee reduction of 50%