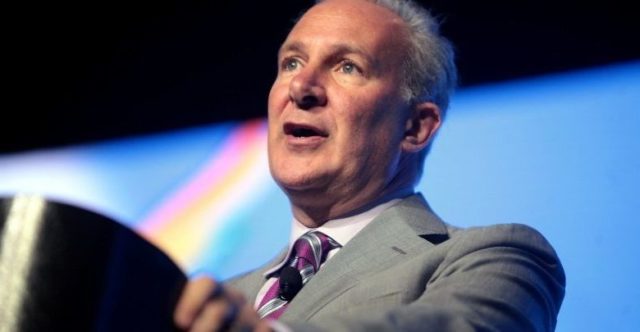 If you had to pick between gold and Bitcoin in 2011, at first the choice would look like a no-brainer. A beautiful physical metal, craved for millennia, or a just-starting thing called “bitcoin”, only existing as an abstraction of computational results?

Gold Led to Losses, Bitcoin Boomed
No wonder Peter Schiff recommended gold as an investment back in 2011. But the results from investing $10,000 in gold and BTC are really something to behold.

This is @PeterSchiff talking about bitcoin in June 2011.
The video shows what would have happened with $10k stored in bitcoin vs gold from then to now. pic.twitter.com/9ZWVGhCHWH
— Crypto₿ull (@CryptoBull) January 9, 2020

Curiously, gold did not even work as a store of value. Investing $10,000 in gold would actually lead to a net loss from 2011 onward. One of the reasons is that gold bugs reawakened during the first iteration of the financial crisis in 2008.
Back then, gold boomed as an asset appealing to the risk-averse. However, soon after that central banks pumped fiat into the economy, and investors quickly shed gold, tanking its price. Even now, renewed gold buying is quickly shifting to more lucrative assets.
BTC Returns Last Decade Turn $10,000 Into Millions
As for Bitcoin price, investing $10,000 near its early stages of trading has yielded various returns over the course of a few years. According to the figures shown in Cryptobull’s video, a $10,000 investment in Bitcoin back in June 2011 would have returned over $4.1 million by December 31, 2019.
At Bitcoin’s price peak back in 2017, the figures estimate that the return would be closer to an eye watering $10.3 million. As for gold, the figures shown in the video show that a $10,000 investment back in June 2011 would have actually returned a loss of $146 by December, 2019.
Within this time frame, gold’s price peaked at around $11,600, representing a 16% gain. Bitcoin price, on the other hand, experienced a meteoric 103,226% rise.
One of the reasons for this is that owning bitcoin is becoming easier and more popular, with the appearance of safer, more intuitive tools for storing coins. Gold, however, poses the choice of holding onto physical metal, or buying into an ETF, which however does not guarantee ownership in case of crisis. Bitcoin is also much younger than gold, its global market cap is a mere fraction of the gold market’s, and because of this it doesn’t take as much money to dramatically affect its price. Therefore, Bitcoin is subject to much higher price volatility.
Bitcoin has tried to follow in gold’s footsteps, with several firms attempting to create an ETF based on the leading coin. However, the idea has been shot down by US regulators, who are extremely vigilant of not allowing newly arrived trends to be built into ETF products, including blockchain stocks, and even 5G internet projects. But buying bitcoin is possible even without an ETF, with no need of custodial storage.
Peter Schiff is known for his skepticism about bitcoin, as he predicts prices diving lower in 2020, erasing most of its gains.
What do you think of gold vs BTC performance in the past decade? Share your thoughts in the comments section below!

Decentralized finance is growing from strength to strength despite an overall bearish year for the majority of crypto assets. A...