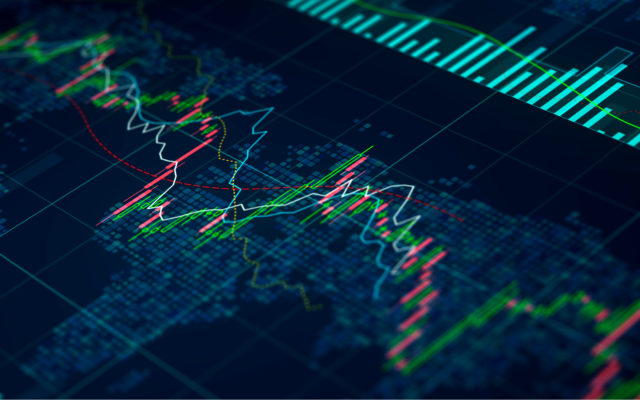 Overhead descending resistance forming on Bitcoin could develop a descending channel taking price levels down to $9,000 over the coming week. This would allow for sideways consolidation to take place around $9,000, which is a key historical psychological support/resistance level allowing volume to rush back into the Altcoin market.

On the Bitcoin 4hour chart we can begin to see a descending channel forming. This is not yet confirmed as there’s only 2 out of 3 needed points of contact from candlesticks to my predicted channel support and resistance. Descending volume would align nicely with a pull-back to $9,000 region around the 200EMA confirming the descending channel.

My short term price prediction for the next few days is evidently bearish, given the expected pullback, however, a pullback to $9,000 forming the descending channel would still keep the current uptrend intact. It’s highly likely once the descending channel has been formed there will be a breakout to the upside that attempts to form new highs. Descending channels formed during an uptrend are inherently bullish.

Consolidation within the predicted descending wedge would likely allow Altcoins room for short-term growth. Overall, a pullback would be nothing to be scared of, as stated in this previous analysis. and is much needed to sustain the current uptrend, whilst allowing Altcoins to bounce off their historical supports that many of them are currently resting on.

On the BTC weekly chart we can see ascending volume, the opposite to what we can see on the 4 hour chart. This accompanied by the fact that there’s been no red weekly candles since February of 2019 is a great indication that a brief pullback is needed. POC (Point of Control) sits around $6,200, this is also where the CM Super Guppy indicator has flashed green, meaning there’s a significant amount of support, and large orders resting against the market around this price point.

It’s highly unlikely price levels will drop below the $6,200 mark, I would consider this the critical support level, meaning if this is broken the overall uptrend for BTC is also broken and would be a significant sell signal. Key support levels to look out for between current market price and critical support are $9,500, $8,000, and $6,800. There’s a significant chance BTC will wick down extremely fast to liquidate longs, and cause panic across the market before regaining traction, this has happened before every bull phase in BTC history, thus something every trader should prepare for.

MACD has clearly crossed the median to the upside as a result of the most recent uptrend. It’s likely a pullback will cause MACD to move sideways during this period before turning up again. BTC dominance is currently 61.9%, I expect a pullback will take BTC dominance back to 55-57% region, which is the percentage that sustained the previous altcoin bull phase throughout Q4 of 2017. The current overall Crypto market cap is sitting around $333,000,000, this will need to continue steadily increasing towards the $500,000,000 mark to really allow Altcoins to flourish, whilst BTC begins it’s brief pullback.

Do you think BTC will hold above critical support at $6,200? please share your thoughts and comments below!