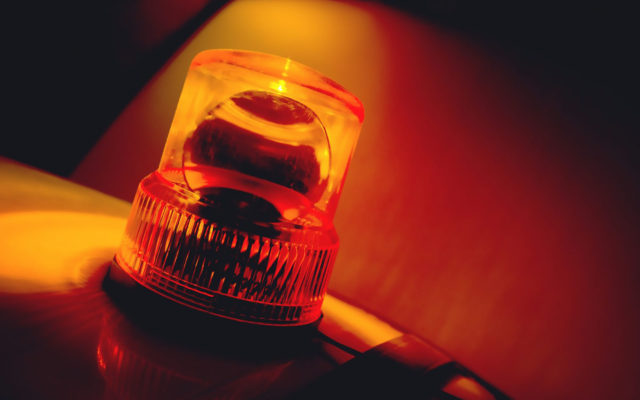 Bitcoin price has spent another day trading within its range-bound channel at around $8,200. The sideways action has been going on for almost a month now and technical indicators are starting to align with a signal for the next big move. So which way will it go?

It hasn’t happened yet but the 50-day moving average is about to fall below the 200-day MA. That is unless something big happens soon, which the Bollinger Bands are now signaling. The last time the death cross occurred on this time frame was in late March 2018 and the downtrend did not reverse until a golden cross, when the opposite happens, formed in April this year. 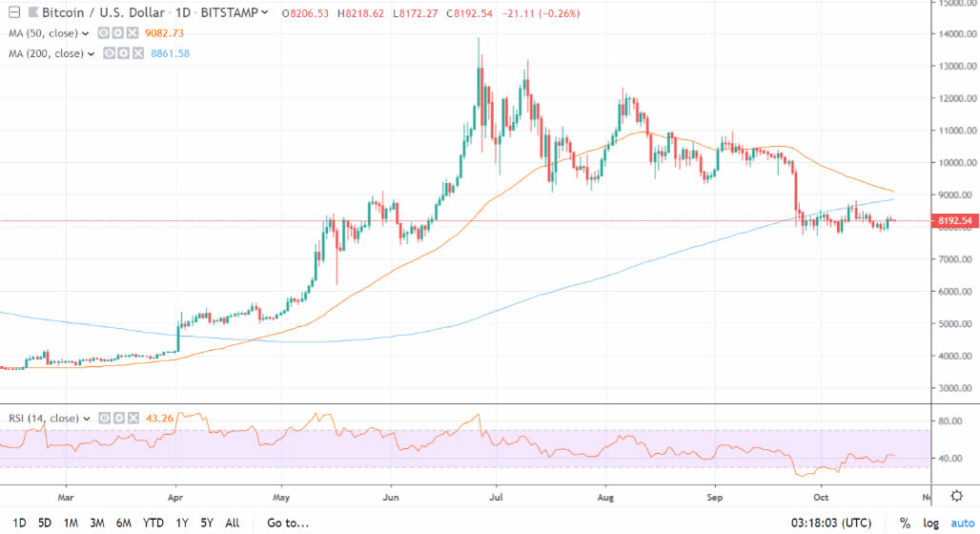 The ominous signal could spell another crypto winter and return to 2018 prices for bitcoin, and probably even lower for altcoins. There have been several crosses in both directions on the shorter four-hour time frame, and that too is bearish at the moment.

Analyst and trader, Josh Rager has also identified a Bollinger Band squeeze that usually leads to a breakout.

Bbands pinching here, could only be a matter of days until the next volatile move

Bbands pinching here, could only be a matter of days until the next volatile move pic.twitter.com/9qOk8LvzTb

He also noted that it was trading below the 20-day moving average which would indicate a move to the downside for bitcoin prices.

It’s under the 20MA, which is no certainty but tends to move downward in that case. But outside of that, there are multiple other reasons we could see down – Buyers really need to step in

Bitcoin dominance has held around 68.5% for a week or so according to Tradingview.com but that too is starting to show bearish technical signals. This is usually good news for altcoins but they too have been lacking momentum recently and will probably follow the direction of their big brother again.

There has been little momentum for some altcoins today though. Ethereum is not in that crowd as it has remained flat on the day at $175.

Ripple’s XRP continues to strengthen and has finally breached the $0.30 resistance barrier but has yet to show much more promise above that. Bitcoin Cash is also having a good spell at the moment with a gain of 4% to reach $235.

Bitcoin SV is the big mover of the moment with a 17% pump to top $110. Aside from the usual social media tribalism and bickering nothing much seems to be driving this bitcoin clone fundamentally.

Total crypto market capitalization is still the same, around $223 billion, as small-cap coins do little to its overall performance.

Will bitcoin dump this week on weak technical? Add your thoughts below.