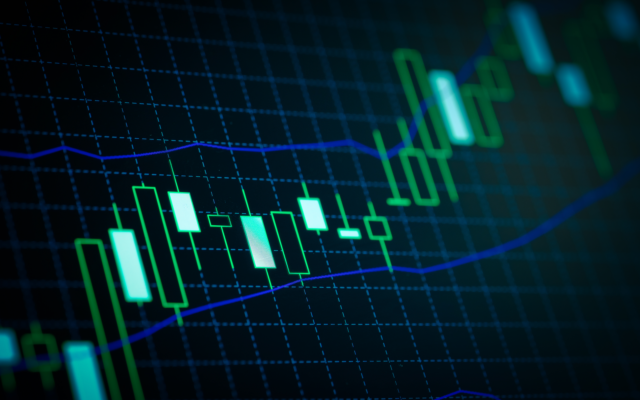 Following the close of a big red candle on the weekly chart, many expected the pullback to accelerate and Bitcoin price to fall even further today. Such is the nature of crypto markets that BTC did the opposite and moved back up above $8,000 once again.

As has been typical of Bitcoin price chart patterns, the ‘Bart Simpson’ styled spikes have been quite frequent lately. Another one of these occurred during late US trading sending BTC surging from $7,630 to top out at $8,090 in just two hours according to Tradingview.com. 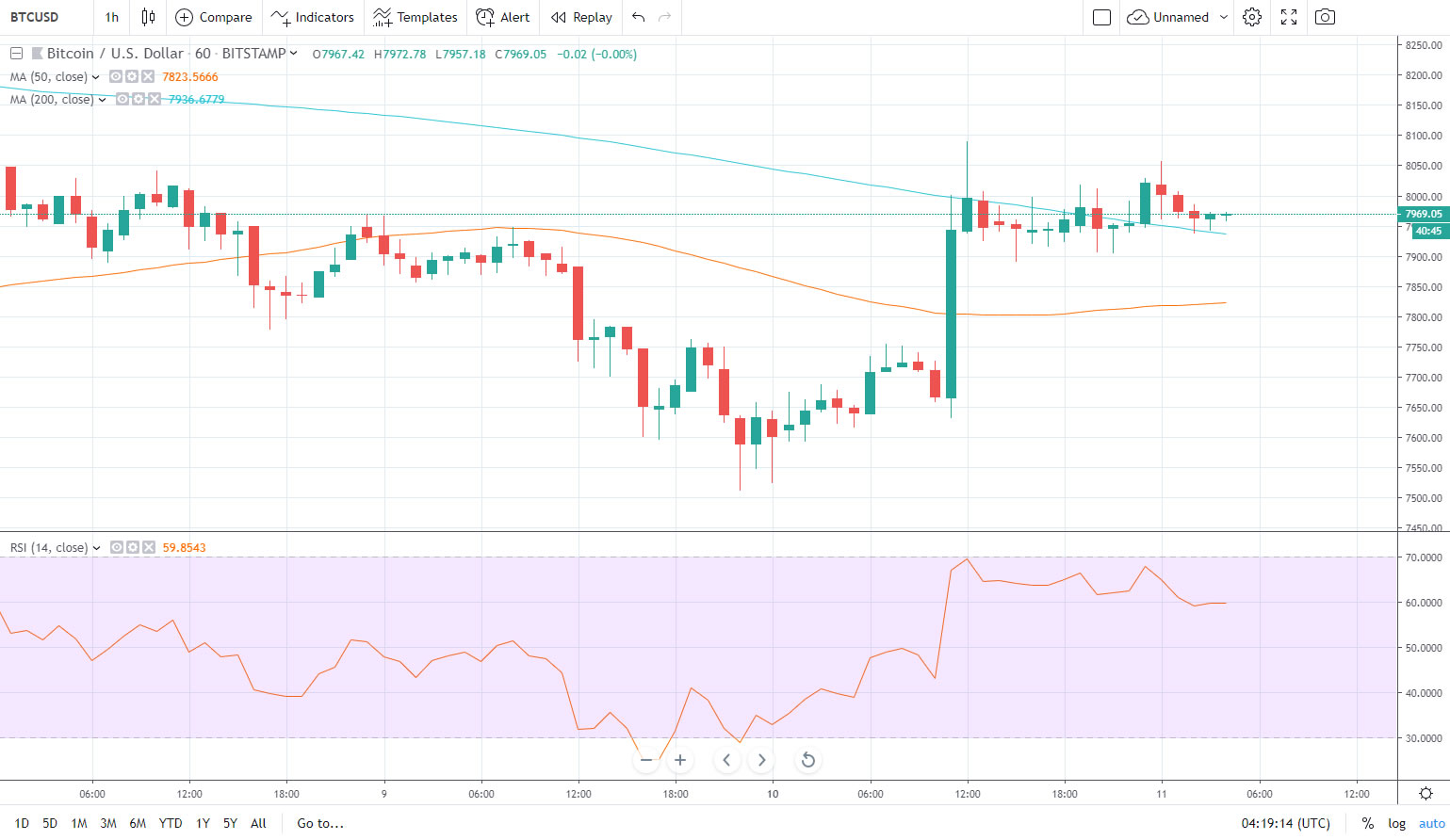 The six percent surge has wiped out all losses over the past three days and returned Bitcoin to the $8,000 level, which has become resistance turned support once again. During Asian trading, this morning Bitcoin remained just below $8k where it has been rangebound within this channel for the past week.

Trader and market analyst Josh Rager has been looking at the charts noting the next possible places that Bitcoin can go to in the short term.

Support that flipped to resistance, flipped back to support. Still in a channel and need to break above $8200 – closing there would likely lead up to $8700+. $7900 to $8000 has been the most accumulated price range since May 13.

Support that flipped to resistance, flipped back to support

$7900 to $8000 has been the most accumulated price range since May 13th pic.twitter.com/bTaycMbNXP

The most likely scenario for the next day or so is more consolidation here. Self-styled ‘chart psychologist,’ ‘Chonis Trading’ has identified a pennant, the end of which could spell the next move.

Fellow trader ‘The Crypto Dog’ confirmed that nothing really has changed for Bitcoin momentum in a recent tweet.

So far, so nothing. As exciting as today was, bulls haven’t managed to secure a breach past a significant resistance. We’re still much in the same boat as yesterday, more waiting…

There is also a lot of talk about the clear head and shoulders pattern that is forming but has yet to fully complete. These are typically indicative of a trend reversal and could signal a break to the low side and the start of the deeper correction that many are also predicting.

Other confirmation signals would include the bearish candles on the weekly chart that Bitcoinist reported on yesterday. Many are still secretly hoping that the 30% plus correction does finally materialize as it will no doubt provide a huge buying zone for Bitcoin.

Nearly all of the traders and analysts on crypto twitter have at one stage or another said that they would be loading up if BTC ever got close to $6k again. When this happens it will catalyze the next big move upwards keeping the current bull run intact.

Will you be buying Bitcoin if it drops back to $6k? Add your thoughts below.