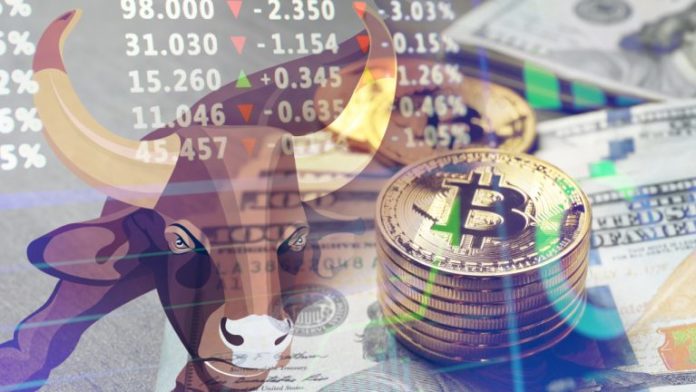 Nasdaq-listed company Microstrategy recently bought almost 17K bitcoins within 74 hours, costing about $175 million. The CEO of this billion-dollar company used to be a bitcoin skeptic but has recently become a bitcoin bull when his company purchased $425 million worth of bitcoin.

Microstrategy recently made history in the bitcoin space when it became the first publicly-traded company to spend a material amount of its reserves to buy bitcoin.

Saylor was previously a bitcoin skeptic, however. He tweeted on Dec. 18, 2013: “Bitcoin days are numbered. It seems like just a matter of time before it suffers the same fate as online gambling.”

During a podcast interview with Morgan Creek Digital partner Anthony Pompliano, published Wednesday, Saylor admitted that he had forgotten about the tweet. “I really am ashamed to say I didn’t know I tweeted it until the day that I tweeted that I bought $250 million worth of bitcoin and then I discovered the hive mind crypto news twitter consciousness where all of a sudden they all went through all my tweets and they found it,” he described. “They reminded me of it. They compared it and I’m like oh my god I literally forgot I ever said that.” Nonetheless, Saylor added, “I didn’t get all worked up about it. I’m like you’re right I was wrong, what an idiot I was, I wish I could go back and do it again.”

The Microstrategy CEO then detailed how his company dived into bitcoin. With a cash-generating business and $500 million cash on hand, he was faced with the challenge of what to invest in to preserve its value.

“First, I have a mega, mega, mega problem and the mega problem is I have a lot of cash and I’m watching it melt away,” the CEO shared. He revealed that before investing in bitcoin, he watched many videos, including those by Andreas Antonopoulos, Pompliano, and Dan Held. He also read The Bitcoin Standard by Saifedean Ammous and Parker Lewis’ essays — to name a few. To convince his company’s board of directors about buying bitcoin, he assigned them homework to read and watch videos about bitcoin, before having intense discussions with each of them.

CEO Not Worried About Bitcoin’s Volatility

Saylor further said he is not worried about bitcoin’s volatility. “I’m holding it for a hundred freaking years … I’m not the day trader guy that’s worried about it so I think that as the institutions come in and as they buy bigger amounts, they’re damping the volatility.” He also emphasized that his company was able to acquire a large amount of bitcoin without significantly affecting its price.

Every other non-volatile asset is a negative real yield, which means that everything else is lifeblood draining out of my veins, so if my choice would be to accept some volatility and live or I had non-volatile cash that bought 30 percent less in a matter of eight weeks … at that rate you’re not going to make it through the decade and so volatility is just something you got to live with.

He further said: “I find the entire bitcoin community to be inspirational and I did note in our press release one of the key drivers of our belief in the success of this is the community ethos. It’s a pretty amazing group of people and all of the thinking and all of the initiatives I just find to be extraordinary.”

What do you think about Microstrategy and its CEO? Let us know in the comments section below.

Ethereum is showing some signs of weakness as its price trades below $380 Breaking above this level was a significant...