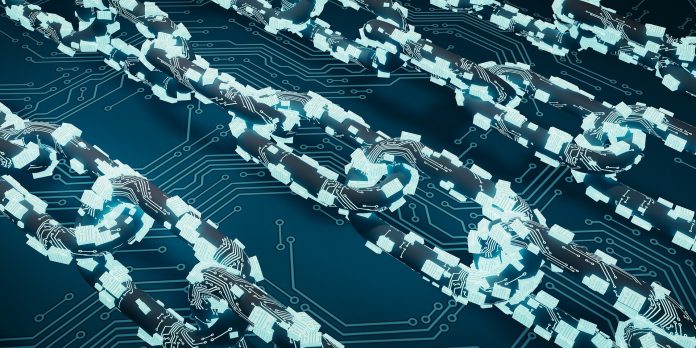 The proposal to pay developers via a miner’s fee first caused a dispute in the Bitcoin Cash community and has now caused a hard fork.

With the Bitcoin spin-off Bitcoin Cash, another spin-off took place on Sunday. Behind the fork is a group called Bitcoin ABC around the developer Amaury Sechet. Their goal was an update with a protocol change that was supposed to introduce a kind of mining tax at Bitcoin Cash: Eight percent of the mining income should be automatically transferred in order to finance developers working on the protocol of the crypto currency. That led to stiff opposition in the community – and ultimately to a hard fork with separate blockchains for block number 661647.

So far, it clearly looks like the overwhelming majority of miners will opt for client software without miner tax. The opposite side, called Bitcoin Cash Node (BCHN), which refuses to submit, should have triumphed and probably carried on the name Bitcoin Cash and the ticker symbol BCH. The spokesman here is, among others, the crypto investor Roger Ver, who criticized ABC’s plans as a “dream of centralized Soviet-style planners”. Around 70-80 percent of the miners had already indicated in advance that they favor BCHN.

Only six blocks for new chain

Since the chains were separated, the ABC network has only been able to generate six blocks for the blockchain with new rules at the moment, according to the coin.dance service. The other side, however, has over 100 blocks and clearly dominates the field. According to coin.dance, the hashing performance at BCHN is 1.49 exahash / s, ABC only comes to 0.037 exahash / s. However, it is not surprising that the miners primarily rely on a network where they do not have to pay a fee. ABC was only able to score points with the nodes in the network, around 35 percent accept the protocol change here.

In the run-up to the fork, some exchanges were skeptical about a Bitcoin ABC coin. Coinbase announced that it only supports BCHN and does not accept ABC. Kraken also sided with BCHN and stated that an ABC coin would only be listed if the network could attract 10 percent of the Bitcoin cash hashrate in the long term. Binance said it favored the chain with the greatest hashing performance.

It remains to be seen at the moment whether Bitcoin ABC will become viable cryptocurrency at all. As part of the fork, the price of Bitcoin Cash fell slightly and is currently around 249 US dollars. According to Coinmarketcap figures, Bitcoin Cash is currently number six among cryptocurrencies in terms of market capitalization.

Bitcoin Cash separated from Bitcoin in 2017, pioneering a whole series of forks of Bitcoin. The bone of contention at the time was the inadequate scalability of the cryptocurrency and the related question of whether the 1 MByte block size of the Bitcoin should not be increased. They split over this, and since a fork in August 2017 there have been separate blockchains and separate currencies. Bitcoin Cash relies on larger block sizes in order to handle more transactions on chain.

In 2018, there was another fork of Bitcoin Cash, after hard public disputes Bitcoin SV split off around the Australian Craig Wright. Wright had also previously made headlines claiming he was Bitcoin inventor Satoshi Nakamoto, without providing any evidence.