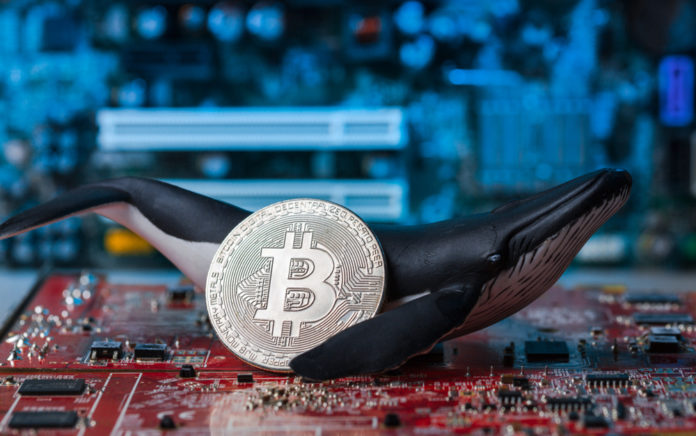 Even the young Bitcoin world is divided into rich and poor. More than 40 percent of all Bitcoins are in the hands of multimillionaires.

Bitcoin is not just any digital currency. In the eyes of its followers, the world’s first and most important crypto coin is nothing less than a tool to break the power of the classic banking and financial players.

Ten years after its inception, it now becomes apparent that the real social conditions are also reflected in the supposedly anarchic grassroots world of cryptocurrencies. This is evident, for example, when looking at the distribution of Bitcoin wealth.

As a new study of the industry portal Kryptoszene.de based on the blockchain analysis page Bitinfocharts shows, the inequality in the crypto world is particularly pronounced. The most important results:

There are a total of 13.5 million Bitcoin accounts (addresses). According to the survey, just under 42 percent of them are 1000 Bitcoin or more – equivalent to one million or even billions of dollars in dollars.

Three account holders alone own just under 2.5 percent of all issued coins. 12.5 percent of the coins are in 106 accounts: their owners form the super-rich of the crypto world and have 10,000 to 100,000 virtual coins equivalent to the current value of about 20.8 billion dollars.

On the other hand, almost half of all Bitcoin holders share the homeopathic sum of just 0.02 percent of total assets. On the vast majority of accounts, bitcoins are valued at less than $ 10.

“The imbalance is immense,” concludes Kryptoszene.de. Above all, the findings were astonishing “that the decentralized nature of Blockchain would suggest that the gap between rich and poor in crypto-space would be smaller.”

One thing is clear: the survey has methodological weaknesses. Blockchain analysis does not allow conclusions as to whether an individual’s Bitcoin account belongs to a crypto firm or even a large asset manager. In this respect, the conclusion that the thickest accounts are in the hands of individual millionaires and billionaires, to be treated with caution. It is also unclear from which countries and continents the holders come.

However, observers say that the arm-and-scissors gap in the crypt world is particularly wide-open. This is also due to the rapid development of the market, explains Philipp Sandner, Head of the Blockchain Center of the Frankfurt School of Finance and Management. “Few people keep many bitcoins,” he says.

As long as the currency led a niche existence, that was not further problematic. However, as a result of the rapid increase in the Bitcoin price from less than a cent ten years ago to the current level of around $ 9,300, their wealth has increased enormously. “This can cause problems, especially if you do not even know who those people are,” Sandner warns.

Even in the analogue world, the wealth is distributed very unevenly, as the German debate on the reintroduction of wealth tax shows. For the crypto world such discussions are comparatively new.

Unholy power of the Kryto super-rich

The share and power of crypto millionaires and billionaires could continue to grow with the influx of wealthy retail investors onto the market. Despite all the turmoil in the price, more and more wealthy Bitcoin and Co. are buying – with a small part of their analog assets, but absolutely with sizeable amounts. For example, US asset managers such as Fidelity now offer Bitcoin safekeeping; German start-ups such as Iconic Funds want to make trading on classic stock exchanges possible.

It is still unclear what makes the gaping Arm-Reich-Schere long term with the crypto world. But what the influence of the super-rich can do is shown by studies of the US scientists John Griffin and Amin Shams from the state universities in Texas and Ohio. They attribute the strong Bitcoin price hike up to $ 20,000 in 2017 to the action of a single address that is said to have triggered a chain reaction.

“Our results suggest that not thousands of investors drive the price for bitcoin, but only one big one,” said Griffin, according to the news agency Bloomberg. “In a few years, people will be surprised that crypto investors have put billions in the hands of people they did not know and who were barely regulated.”

The Bitcoin scene is already arguing about a construction site that jeopardizes the world-improving vision of the beginning: the high power consumption of the Blockchain network and its climate impacts. Now a new bone of contention could follow: about the influence of the crypto-millionaires on the market as a whole.

The beverage giant Coca Cola will use blockchain technology in the future to optimize supply chain tracking and middleman exchange....