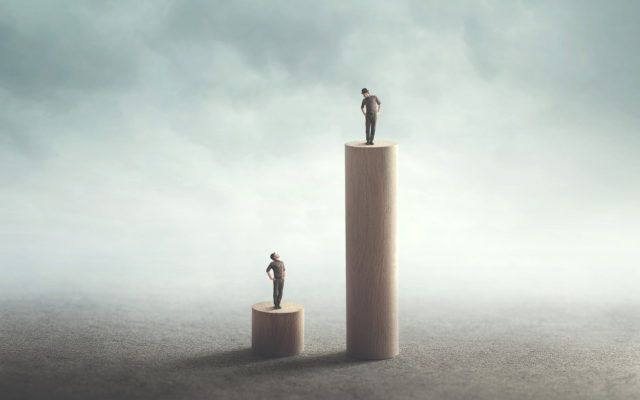 After the second halving in 2016, Bitcoin’s price skyrocketed. So, will the third halving, scheduled to occur in May 2020, repeat the same?

A Pre-Halving Bitcoin Price Rally Is Already Underway
A Bitcoin halving occurs every four years. At each halving event, the BTC generation algorithm cuts the block reward by half. As a result, Bitcoin is inflation-resistant — because only 21 million bitcoins will ever be mined. The last coin will be created around the year 2140.
Thus, the implications of Bitcoin’s next halving could be significant. History might repeat itself, or something unexpected might happen.
Some experts estimate that after the upcoming halving, miners will continue to profit, but only if Bitcoin maintains a price range of $12,000 – $15,000. Others claim that a pre-halving BTC rally is already underway with billions of dollars pouring into the crypto market.
Mike Co, writing for The Coinbase Blog, argues optimistically about the cryptocurrency’s future after the May 2020 halving, by describing Bitcoin’s superiority over gold and fiat currencies.

Since August 1971, when the dollar ceased to be pegged to gold, Co says, “the dollar’s value has declined, and gold has risen from a fixed $35 per ounce to over $1,500 today.”
Thus, if scarcity makes gold superior to the dollar, then Bitcoin is far superior to gold. Co explains,
“Gold’s scarcity has been the foundation for a total market cap that exceeds $7 trillion, with demand by global financial institutions, individuals, and central banks. Now, imagine for a moment that there was a base metal as scarce as gold with one special property:
[Bitcoin] can be transported over a communications channel.”
Coinbase: After Two BTC Halvings, Hash Rate Is Reaching All-Time High
Miners secure Bitcoin by validating and timestamping each transaction, which requires computing power. But after May 2020, new coin issuance will drop from 12.5 to 6.25 new bitcoins. Having fewer coins available to mine could certainly discourage miners from spending more computer power. However, Co explains,
“The economics of Bitcoin tend to be resilient and self-balancing. After two halvings in the past that limited rewards to miners, mining power (aka hashrate) has recently reached all-time highs. Or, in other words, as bitcoin’s supply has edged toward its 21 million limit, network security has increased in parallel.”
Moreover, halving helps Bitcoin to increase its superiority over gold in many other ways. For example, Co ascertains that nobody knows precisely how much gold has been extracted. But anyone with a basic computer can at any time independently verify the entire Bitcoin supply in existence.
“Bitcoin Is a Store of Value to Rival Gold in the Digital Age.”
Moreover, it is difficult and expensive to verify gold’s purity. But the cryptocurrency can easily be verified by running a full node. Co underscores this BTC advantage,
“Imagine if a gold purity machine could simultaneously verify a public record of all gold transactions ever made in history. Currently, there are over 52k nodes operating in 96 countries to verify Bitcoin’s network.”
Next, Co details Bitcoin’s advantages over gold in terms of accountability, low fees for cross-border transactions, privacy, portability, divisibility, and scarcity.

During the last decade, the cryptocurrency’s value has risen significantly. And now, both assets are safe havens from fiat currency devaluation. Co concludes,
“Armed with a myriad of technological advantages, accelerating development, and maturing global market, Bitcoin is a store of value to rival gold in the digital age.”
How do you think the third halving will impact BTC’s value? Let us know your comments below.

Images via The Coinbase Blog, CoinMetrics, TradingView The post appeared first on Bitcoinist.com.

UK’s FCA is on the Lookout for ‘Crypto Experts’

The United Kingdom’s FCA is looking for crypto experts as part of their latest efforts to regulate digital currencies operating...