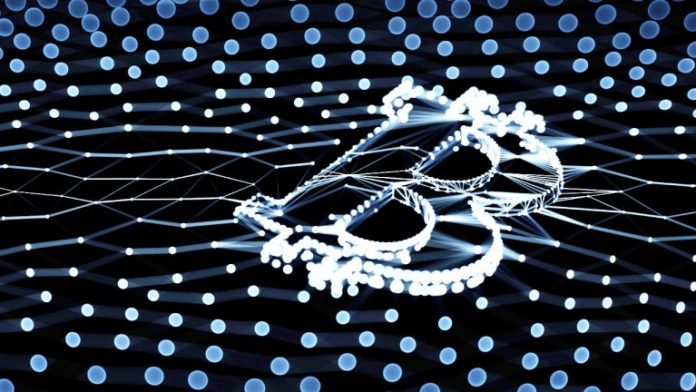 Bitcoin transactions on darknet markets jumped 65% in value during the first quarter to $411 million, according to research by a blockchain analytics firm. The amount of bitcoin sent from darknet entities to mixers also grew rapidly as exchanges with verification requirements became less popular among darknet users.

Growing Bitcoin Use on Darknet Markets

Crystal Blockchain’s analytics team published on Tuesday an analysis of the use of bitcoin on darknet markets. The researchers analyzed darknet interactions with exchanges and “other entities” throughout Q1 2020. The data obtained were then compared to historical darknet activity from the past three years. Other entities include “payment processors, gambling services, illegal services, miners, marketplaces, online wallets, ransom extortioners, scams, stolen coins, and/or others,” the team clarified. Crystal Blockchain is a crypto analytics platform developed by the Bitfury Group.

The researchers wrote, “The amount of money being transferred by darknet entities is still growing, and they are continuing to use bitcoin as a medium of transport,” adding:

The value of the amount of bitcoin transferred (measured in USD) grew by 65% … The mass adoption of bitcoin, as well as its ease of use and popularity, is a contributing factor.

“If we consider the amounts in USD, we see that darknet entities received and sent an increased amount of money — from $384m in Q1 2019 to $411m in Q1 2020,” the team continued. “This is partly explained by the growing capitalization of bitcoin, as well as further mass adoption of bitcoin. As it becomes increasingly easier to use cryptocurrency, the popularity of this payment method is steadily increasing.” While the overall transfer value increased, the number of bitcoins transacted through darknet markets actually declined. Darknet entities sent approximately 64,000 BTC and received roughly the same amount in the first quarter of last year. In comparison, they sent 50,000 BTC and received 47,000 BTC in Q1 2020. “These drops in bitcoin received and sent could be due to the growing popularity of altcoin usage by darknet entities,” the team speculated.

According to analytics data provider 1000x Group, most of the major darknet markets that are currently up and running allow only bitcoin: Silk Road 3.1, UAS Service RDP, Hydra, Wannabuy RDP, Slilpp, Sipulimarket, Uniccshop, and Tor Market. Monopoly Market and White House Market allow only monero. Cannazon allows both bitcoin and monero while Darkbay and Empire allow BTC, LTC, and XMR.

Growing Use of Mixers by Darknet Entities

The Crystal Blockchain analytics team also found that the amount of bitcoin sent to exchanges requiring KYC verification fell during the quarter. This suggests “a reduction in the use of cryptocurrency exchanges for criminal and darknet activities in favor of more anonymous services like mixers,” the team presumed, noting:

In Q1 2020, there was a rapid growth in the amount of bitcoin sent from darknet entities to mixers. The number of bitcoins sent from one darknet entity to another also grew in the first quarter, prompting the researchers to theorize that darknet users could be trying to hide their bitcoin flow inside of the darknet to avoid detection of their activities. Meanwhile, darknet entities sent significantly more coins to mixers this year, up from 790 bitcoins in Q1 2019 to 7,946 bitcoins in Q1 2020. The research team shared:

This indicates a rapid adoption of crypto mixing services by darknet entities.

What do you think about bitcoin’s growing use on darknet markets? Let us know in the comments section below.

The post Bitcoin Use on Darknet Markets Jumps 65% to Over $400 Million in First Quarter appeared first on Bitcoin News.

$500 Bitcoin Price Crash Is Setting the Stage for a Bigger Drop; Here’s Why

Bitcoin endured a surprising sell-off on Wednesday after a mysterious entity moved 40 BTC from an address that has been...