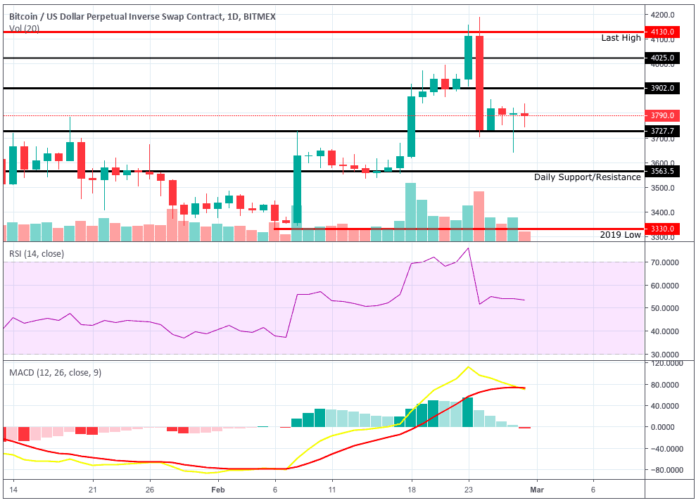 Bitcoin briefly dropped during yesterdays trading to around $3650 but quickly recovered to close and form a Doji on the daily chart.

A Doji candle is a candle where the open and the close are around the same point and typically reflects uncertainty from traders.

Trading today has also been forming a Doji candle.

The drop which took place on Sunday has resulted in a bearish market structure forming with price forming a lower low and failing to rise from where it has been consolidating for the past three days. 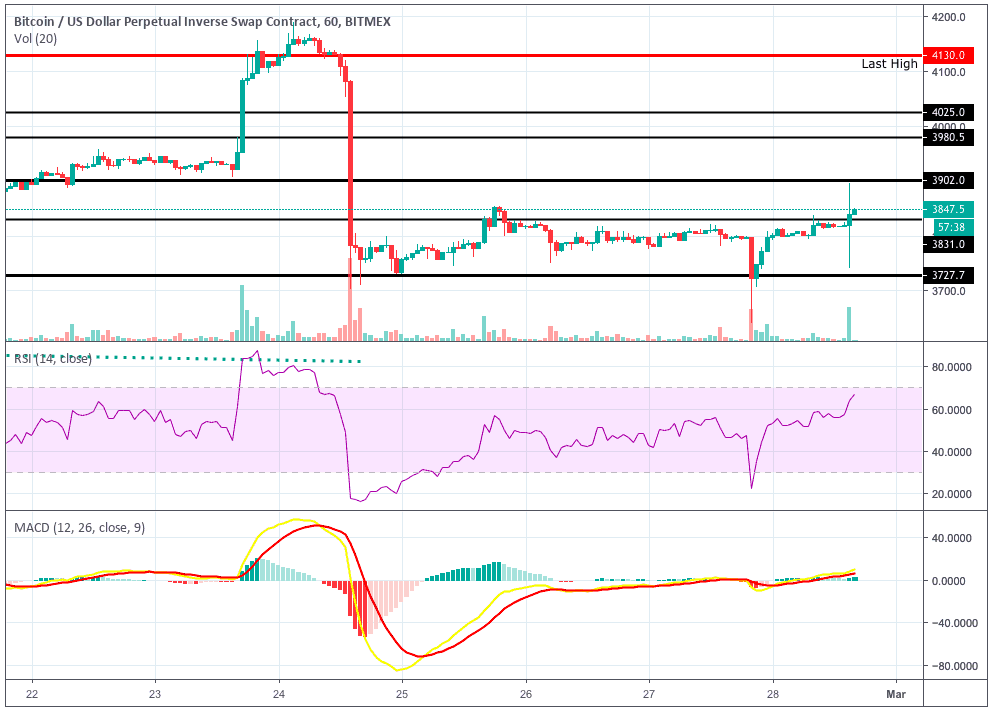 It has since retraced but is continuing its upward movements.

The move is likely to serve to form a lower high on the higher timeframes and will likely be followed with more bearish movements. 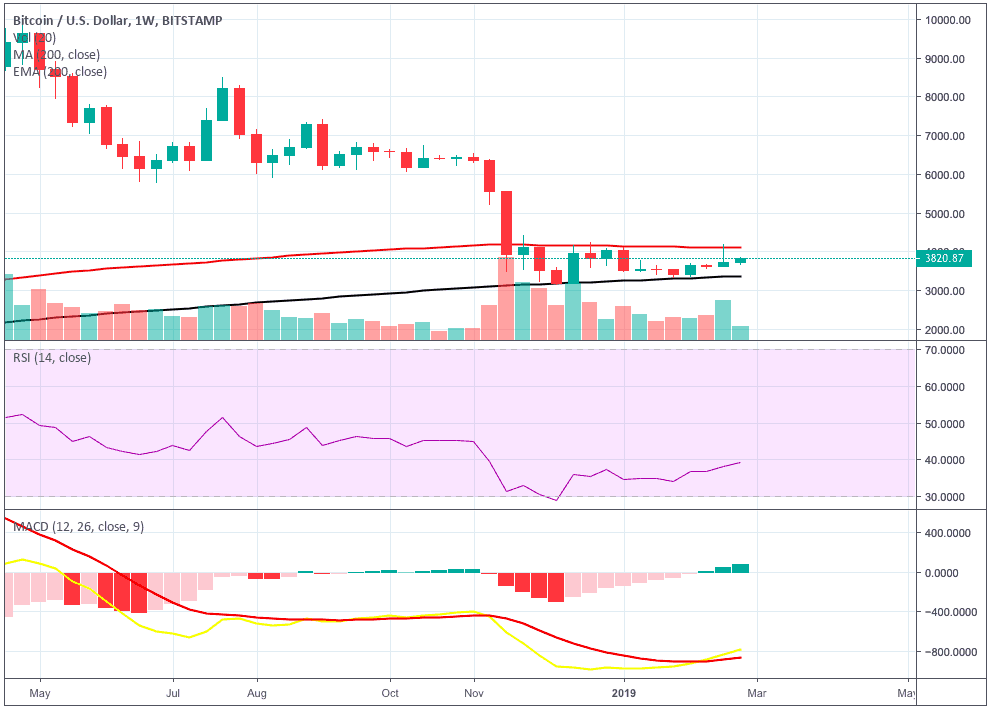 The key points to monitor on the longer timeframe for Bitcoin are the 200 SMA below price which has already acted as support on two occasions.

Each test of this point makes the level weaker with fewer buyers to hold the level on each test.

A break below this point would likely result in sharp downward movements.

The 200 EMA above price has been acting as a point of resistance and price failed to overcome this point in the increases leading up to Sunday. 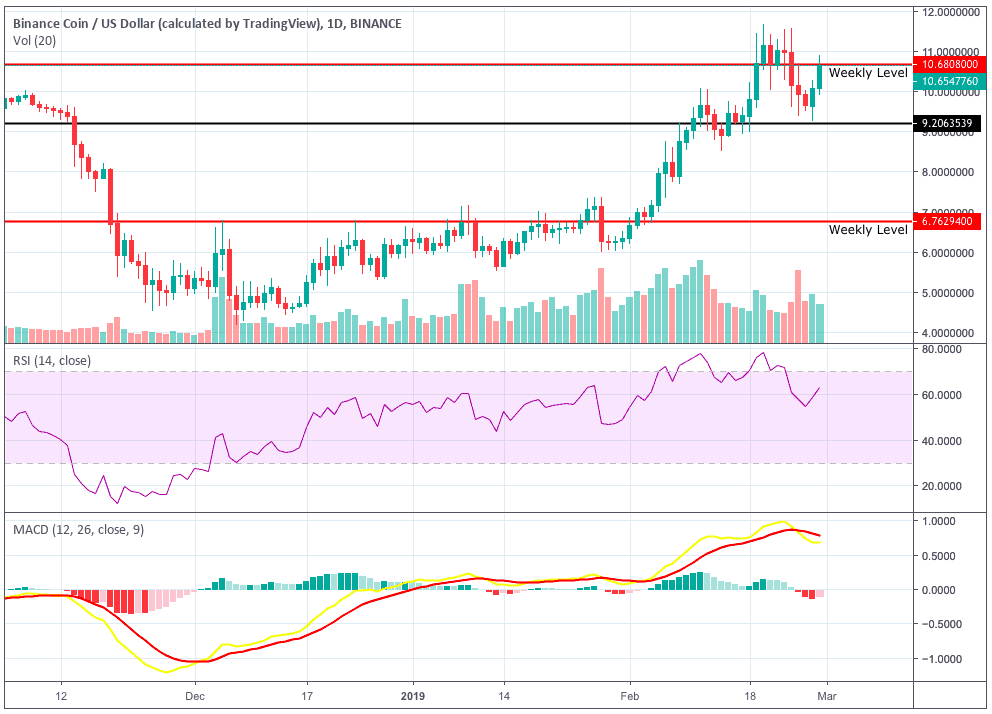 Over the past 30 days, Binance Coin has been the top performer among major cryptocurrencies with data from Messari showing 68.7% price increase.

Price is currently trading at an important area of weekly resistance at $10.68.

Price had recently overcome this point but fell back below and is now testing this point again.

Binance has been one of the cryptocurrencies which have continued to perform well despite the rest of the market decreasing at times.

This is likely due to the cryptocurrency being linked to the exchange business of Binance and having a much different structure than other cryptocurrencies. 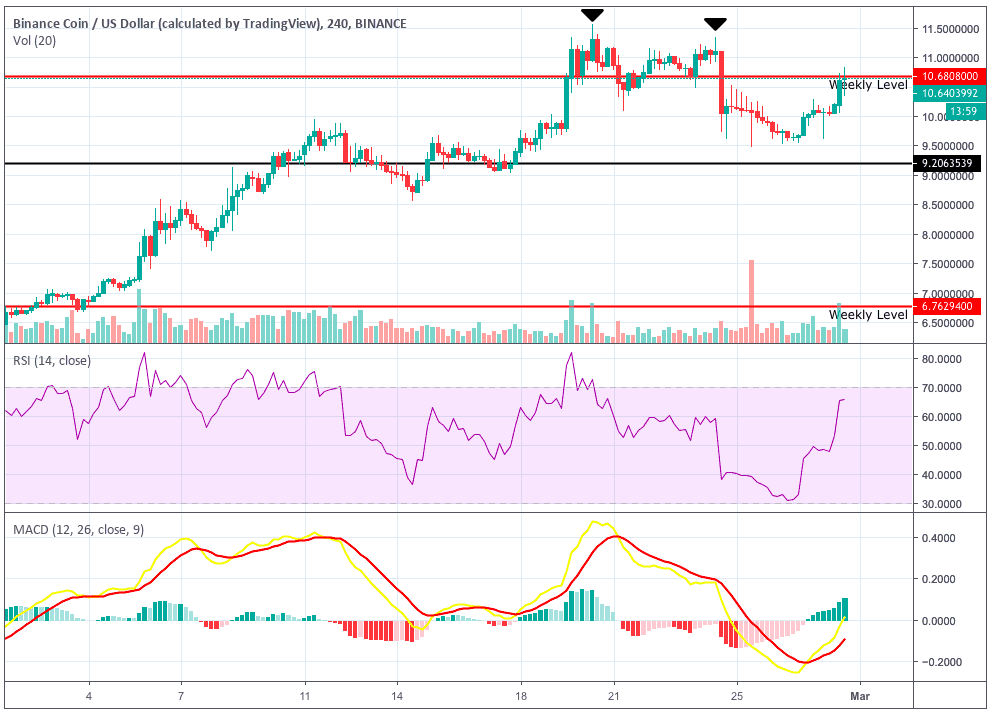 Binance formed a pattern similar to a double top after rising above the level on the previous occasion but followed up with a sharp drop below the level.