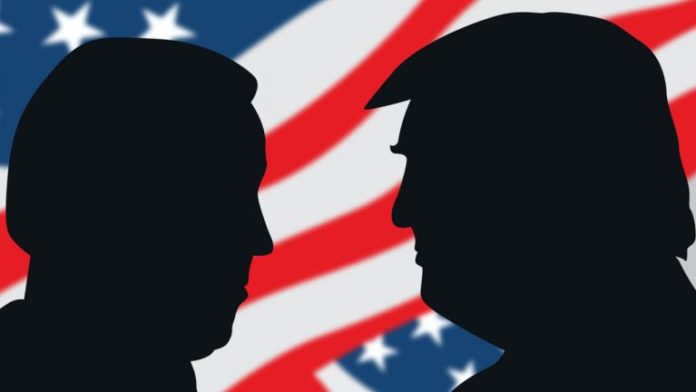 While the United States prepares for the results of the 2020 Presidential Election, a number of data points and traders expect some significant cryptocurrency price fluctuations this week. Statistics from skew.com show bitcoin’s 30-day implied volatility has increased to 59% while 3-6 month stats jumped over 62%.

For this election, a number of traders and a few points of implied volatility measurements suggest that crypto market participants expect a shake-up this week.

It’s election day. Options traders are pricing in a little bit of extra premium for this week with a 3.5% bitcoin implied move for the election. Weekly puts are most active today. A number of other crypto pundits and digital currency market researchers discussed the post-election crypto market on social media channels and forums. After sharing its week 44 insights report, Arcane Research tweeted out a chart that shows a chart with bitcoin and the S&P 500 during the election week. “Some interesting movements from both bitcoin and S&P 500 during election day in 2016. What will happen this time?” Arcane tweeted on November 3.

“Breathe easy today knowing silver and gold will be every bit as shiny and bitcoin as secure as ever, no matter the outcome of this election,” the crypto proponent ‘Cryptoredacted’ wrote. On election day, Messari.io’s Ty Young also discussed the economic ramifications of the U.S. election and bitcoin. “The majority of polls have Biden holding a 60% chance of winning the presidential election and even higher potential for a blue wave sweep through the senate,” Young wrote on Tuesday. “Those outcomes could mean larger stimulus packages, more QE, and clearer guidance for investors going into a new administration.”

One thing is probable: volatility is coming. On the bullish side for Bitcoin, central banks will continue to flood the world with money and stimulus packages, further setting the stage for BTC. On the bearish side, a contested election and a second wave of Covid-19 lockdowns could spell disaster for markets, dragging down BTC with it.

“Election day was bumpy four years ago, and there is little reason to believe that we will go through this election without large movements,” explained Luno analysts. “After closing hours on election day, the S&P 500 futures dropped substantially before erasing all losses when Trump was announced as the winner. The market reacted positively to the republican winner and ended the week up 5%”

Many other bitcoiners believe that no matter who wins the U.S. election, stimulus and monetary corruption will continue. Alex Mashinsky, CEO of Celsius Network believes that as civil unrest and economic uncertainty heighten, central banks will try to pump liquidity into the faltering economy.

“The U.S. elections are increasing the uncertainty and the need companies have to have more reserves and more liquidity,” Mashinsky explained. “The global economy is going through a slow motion recession, as the demand for goods and services is slowing down. Meanwhile, the central banks pump liquidity to try and reverse this trend. All of this is not good for GDP or for our employment rates. No matter who wins— we will have a severe recession in the next 2-3 years.”

Do you expect cryptocurrencies to be volatile following the U.S. election? Let us know in the comments section below.

The post Bitcoin Volatility Expected to Rise After the US Presidential Election appeared first on Bitcoin News.

Bitcoin has been flashing some subtle signs of strength heading into election day, as bulls were able to push it...