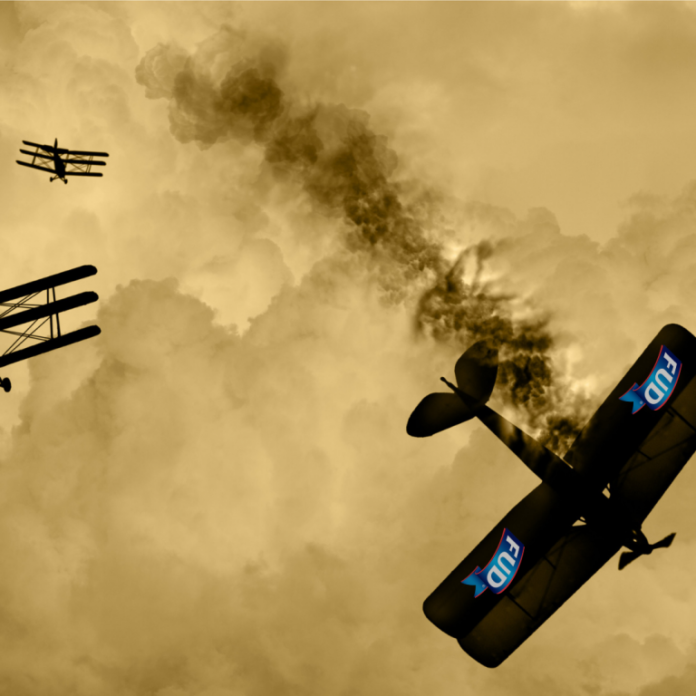 Noted Bitcoin critic Nouriel Roubini will deliver a speech on cryptocurrency and blockchain to the U.S. Senate today, and it is unlikely that the man known as “Dr. Doom” will mince his words. Nor will the economist concern himself too much with the truth, as his prepared testimony is filled with exaggerations and inaccuracies that the cryptocurrency community has already started to gleefully pull apart.

Dr. Doom Gets on His High Horse The phrase “don’t feed the trolls” applies to individuals who’ve made a career out of critiquing cryptocurrency. Roubini was once a respected, Harvard-educated economist, but for some reason he has elected to devote his dotage to crypto-bashing. Most people in the cryptocurrency space simply ignore him, but given that he is scheduled to testify before the U.S. Senate Committee on Banking, Housing and Community Affairs today (Oct. 11), bitcoiners have felt compelled to speak up. What Roubini chooses to share with his Twitter followers is his prerogative, such critics reason, but the falsehoods he disseminates to lawmakers could have more serious repercussions.

“Crypto is the Mother of All Scams and (Now Busted) Bubbles While Blockchain Is The Most Over-Hyped Technology Ever, No Better than a Spreadsheet/Database” reads the excitable subheading of Roubini’s prepared Senate testimony ahead of his livestreamed appearance starting at 10 a.m. EST. The following 37 pages are riddled with hyperbole, strawman arguments, blatant fallacies and misunderstandings, interspersed with the occasional nugget of truth. While cryptocurrency enthusiasts should have no trouble distinguishing the facts from the FUD, lesser experts — such as the U.S. Senate Committee Roubini is addressing — may simply defer to the economist’s perceived wisdom.

The undergrads I presented to yesterday at NYU Stern were more qualified to speak about crypto than @Nouriel.

“This Nouriel fella seems pretty pissed at crypto right now. Feel like it’s a good opportunity to live tweet my reading of his testimony to the senate,” wrote one commenter, before proceeding to debunk the bulk of Roubini’s claims.

A Litany of Errors and Half-Truths Roubini begins his testimony by shamelessly referencing his self-described “seminal treatise” on asset bubbles. He then proceeds, with no exaggeration whatsoever, to assert that “literally every human being I met between Thanksgiving and Christmas of 2017 asked me first if they should buy [cryptocurrency].” By the third page of his testimony, Roubini has moved on to dismissing blockchain as overhyped. While he is on firmer ground here, he has already lost all credibility at this point by prefacing these comments with tired canards about tulip mania.

“Until now, Bitcoin’s only real use has been to facilitate illegal activities such as drug transactions, tax evasion, avoidance of capital controls, or money laundering,” continues Roubini, trotting out tropes that have been debunked on numerous occasions, including by the U.S. Drug Enforcement Administration. Other blatant falsehoods in Roubini’s testimony include the assertion that: Roubini finishes his testimony by writing: “Bitcoin or any crypto-asset could go ‘To The Moon’ or crash to zero and I would not make a penny either way. The only thing that is at stake is my personal, intellectual and academic reputation.”

On that point, at least, bitcoiners are in agreement. In their eyes, Roubini lost his reputation years ago. As news.Bitcoin.com previously observed, Dr. Doom has been wrong about bitcoin for years. Whether it goes to the gutter or the moon, Roubini will continue to beat the same old drum, as his obsession with price and volatility seemingly blinds him to the power that bitcoin affords to those who have been disenfranchised by the current financial system.

Fiat is the scam, Nouriel. Some of us are tired of it, so we’re building an alternative. You’re under no obligation to use it. https://t.co/3S6PJTN1QC

While a good measure of skepticism and a willingness to point out blatant scams is healthy, Roubini’s frenzied hatred of cryptocurrency has evolved into a fixation that will come to define his declining years. Rather than go down in history as the person who predicted the 2008 financial crisis, he will be known as the man who refused to admit he was wrong about Bitcoin. As Friedrich Nietzsche famously put it, “Whoever fights monsters should see to it that in the process he does not become a monster. And if you gaze long enough into an abyss, the abyss will gaze back into you.”

What are your thoughts on Roubini’s Senate testimony? Let us know in the comments section below.