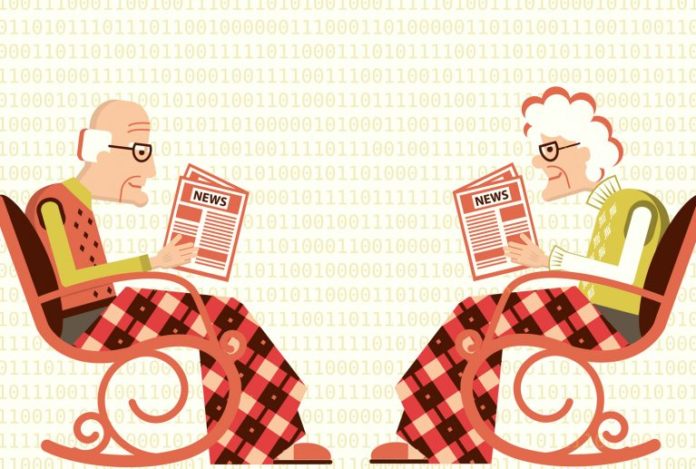 Over the last 24 hours, cryptocurrency enthusiasts have been discussing a transaction that saw 94,000 BTC sent to an unknown wallet. The hoopla over the large transaction shows how things have changed significantly over the last decade. Back in cryptocurrency’s early days, between 2010-2012, large bitcoin transactions like this weren’t such a big deal and early adopters practically gave them away.

When Sending Thousands of Bitcoins Wasn’t a Big Deal

There’s been an awful lot of excitement surrounding the 94,504 BTC sent to an unknown address for a network fee of around $700. It’s an interesting sight for sure, when large sums like that are not regularly moved in such a fashion in 2019. However, back in the early days between 2010-2012 people saw large transactions like this all the time, without batting an eye, and fees were less than a U.S. penny per transaction. The big transaction on Sep. 6 reminded former Bitcoin Core developer, Jeff Garzik, about the early days when individuals transacted with thousands of BTC every day. “Today’s 94k BTC transfer, for no particular reason, reminds me of William P, who rented a ridiculous number of AWS machines to CPU-mine Bitcoin in 2010; resulted in 40,000 BTC at [so we thought at the time] exorbitant cloud computing rates,” Garzik recalled. Last year, after recalling the famous pizza transaction, Garzik remembered when he gave away thousands of BTC to help bolster open source development. Garzik explained:

Back then everyone practically gave BTC away for free or for way less than what people sell them for today. Gavin Andresen and others gave away 10,000 BTC by building a bitcoin faucet that would dispense funds for free. Just like the 94k BTC transaction sent on Friday, individuals who played the game Second Life spent close to 94k BTC every 30 days on Linden dollars in the summer of 2011. Thanks to platforms like Virwox, hundreds of thousands of bitcoins were funneled into the Second Life economy to purchase digital cars and virtual mansions.

Earlier that year the Silk Road started operations and people directed hundreds of thousands of bitcoins into the underground marketplace. In June 2011, according to Gawker’s now famous article, a sheet of acid (LSD) on the Silk Road (SR) cost 50 BTC which is a whopping $520,000 today. An eighth of decent cannabis was a mere 7.63 BTC on SR and today that’s a $79,000 bag. Let’s just say a lot of grams of powder, bags, and sheets were sold for large sums of BTC. That summer there were 340 types of narcotics available for purchase on SR and one bitcoin was worth about $8.67.

Illiquid Exchanges and the Tennessean With 371,000 BTC

If someone wanted to purchase bitcoins fast, in the early days getting money in and out of the BTC system was way more difficult than it is today. Today there are hundreds of exchanges and over the last 24 hours, there’s been $15 billion worth of BTC trade volume. For instance, Bitcoin.com just launched a secure, professional-grade trading platform called exchange.Bitcoin.com. In Oct. 2011, you only had a few options to get into Bitcoin: mail a check, wire money, or use Dwolla. The few exchanges that did exist included Mt Gox, Bitinstant, and Tradehill. People complain these days when BTC drops $500 bucks in an hour and trading platforms go on the fritz, but in Feb. 2012, Tradehill had to shut down because someone withdrew $100,000 from their service without warning.

Today, when you look at forum discussions on Reddit or Bitcointalk.org, people get really excited when they talk about obtaining a single BTC. In the summer of 2011, individuals did the same thing except they owned thousands of coins in contrast to owning just one. The creator of one particular thread says: “I own 5,200 bitcoins. How many bitcoins do you own?”

The discussion shows various members of the crypto community boasting about their wealth in digital currency. Amidst the forum conversation a Tennessean dubbed “KnightMB,” said he held 371,000 bitcoins and allegedly was the richest man in the bitcoin realm that year (it is now worth $3.8 billion today). KnightMB showed a picture of his QT client with the balance and people have talked about his stash for years. The individual was a miner and decided to brag about his wealth when everyone was in awe over the miner Artforz and his stash of coins.

In those days, things were far more interesting than today, when everyone makes a big deal about congressional leaders discussing BTC. Developers and nerds were building interesting gadgets to help bolster the nascent cryptoconomy at the time. While building a fusion reactor in New York, the inventor from Brooklyn Mark Suppes forged an automated teller machine from an old bank ATM and attached eBay-sourced parts, building one of the first crypto ATMs. No one knew what to think about the Bitcoin network and many respected and influential minds at the time were quite skeptical of it growing.

In early 2011, the well known columnist Tim B. Lee did not seem to like BTC, but by 2012 his Ars Technica bio disclosed that he owned some. In 2012, there was a lot of hype about BTC entering the mainstream when the business Bitcoin-Central was approved to operate under European financial laws. At the time, Bitcoin-Central became a Payment Services Provider (PSP) and was issued an International Bank ID number as well. The news was heralded as an announcement of “the first Bitcoin bank” as the business was equated with other payment processors such as Paypal and Worldpay.

“The more we see governments and banks being willing to deal with Bitcoin, the more comfortable a lot of organizations are going to be making the step forward themselves,” said Vitalik Buterin who was the technical editor at Bitcoin magazine back then. The France-based trading platform closed for six months shortly after the announcement and re-launched on Sep. 25, 2013. The platform now pales in comparison to the volumes of cryptocurrency swapped by today’s ‘Bitcoin banks‘ like Coinbase and Binance.

A lot has changed since the early days of Bitcoin and there are now more than 2,000 cryptocurrencies competing for the crown. Bitcoin has forked a few times as well since then and there are different versions seeking the same world domination or hyperbitcoinization. Using bitcoin for daily transactions was once seen by many to be an e-commerce revolution free from the state. Nowadays there are certain bitcoin enthusiasts begging for institutionalization and government approval.

In current times there are ‘bitcoin bugs’ acting just like the ‘gold bug’ Peter Schiff, which is a far cry from when bitcoiners debated the New York Times columnist and Keynesian economist Paul Krugman in the fall of 2011. Krugman called Bitcoin proponents ‘golden cyberfetters’ and the community tore his editorial to pieces. At the time, the online community preached about ending the fed and declared war on the central banking system by promoting the use of a counter-economic ‘plan B.’

Many people believe it’s good to re-live history through retrospectives and old stories so we can all learn from our past. It’s also helpful to see how much the system has changed and improved over the last ten years. There’s always something going on in the world of crypto every single day and forgetting the past is easy to do. A quick glimpse down memory lane shows the crypto ecosystem much different today than it was back then. In 2011, there were only 20,000-40,000 consistent BTC transactions a day and someone sending thousands of BTC to an unknown wallet was not out of the ordinary.

The post Bitcoin’s Early Days: How Crypto’s Past Is Much Different Than the Present appeared first on Bitcoin News.

Binance coin has created three lower lows between now and June as price action loses close to 50% of its...