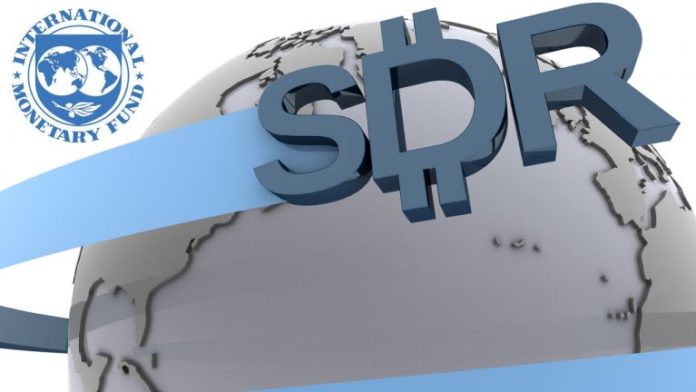 At its current price per unit, the decentralized cryptocurrency Bitcoin’s market valuation has surpassed the overall value of the International Monetary Fund’s (IMF) Special Drawing Rights market (SDR $281 billion). Since the massive global market rout on March 12, bitcoin has risen over 323% since the crypto asset’s $3,600 low in 2020.

The price of bitcoin has increased a great deal in 2020. Especially after the global market crash that wiped out nearly every commodity and stock under the sun. Even then, the price of bitcoin (BTC) had a hard time in mid-March, as prices shuddered to a low of $3,600 on ‘Black Thursday.’

At press time, with over 18.5 million BTC in circulation today, the crypto asset’s market cap is larger than the Special Drawing Rights market (SDR) created by the International Monetary Fund’s (IMF).

Bitcoin’s market valuation is currently hovering above $285.5 billion and data from the IMF shows that the 204.2 billion SDR (equivalent to about US$281 billion) is allocated to members. The SDR is considered a global reserve asset and it was developed to be a supplementary international reserve asset. The SDR derives its value from a basket of five different fiat currencies including; the British pound sterling, the U.S. dollar, the euro, the Japanese yen, and the Chinese renminbi.

Of course, with more than a quarter trillion U.S. dollars in value, BTC’s market cap has a long way to go to catch up with gold’s multi-trillion dollar market cap. At the time of publication, gold’s market valuation is around $9 trillion dollars.

The entire BTC market cap needs to jump over 3,500% from the current $285 billion market valuation today. Still, in October 2010, the price of a single bitcoin was around $0.12 per coin, and the value has increased by over 12.7 million percent since then.

Bitcoin’s market cap had already surpassed the IMF’s Special Drawing Rights market in 2017. But the price dropped and bitcoin saw a three-year-long period that many traders considered a bear market.

No one is certain how long it will stay above the IMF’s SDR this time around but many traders and analysts expect much higher BTC prices from here. Meanwhile, the entire crypto market cap of all 7,000+ digital assets is nearing the half a trillion mark ($426B). Bitcoin (BTC) is currently swapping for $15,613 per coin at 6:00 p.m. EST on Thursday evening.

What do you think about bitcoin (BTC) surpassing the IMF’s Special Drawing Rights market valuation? Let us know what you think about this subject in the comments section below.