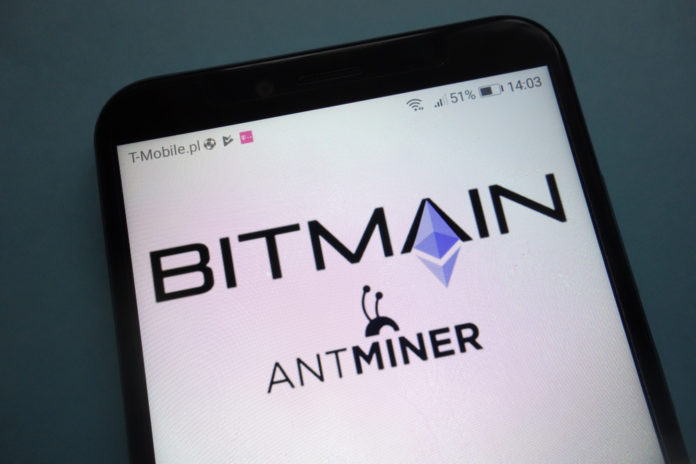 Employees are dismissed, mining farms closed, Jihan Wu replaced as chief and the long-awaited IPO is becoming increasingly unlikely. How bad is the biggest manufacturer of mining equipment? The company explains where to go in 2019.

The year did not start well for the Chinese mining giant Bitmain. The last one and a half months have become a series of bad news.

From December began a wave of dismissals. First, the company closed its Israeli development lab on December 10th. In this, a mining pool was developed and researched for blockchain technologies and artificial intelligence. On December 17, there were rumors on the Chinese LinkedIn website that Bitmain would dismiss half of its employees. A few days later, reports followed that Bitmain fired Bitcoin cash developers working on a go implementation of the cryptocurrency. The developers of Wormhole, a smart contracts app for Bitcoin Cash, are now apparently unemployed.

On January 10, the South China Morning Post writes that the two Bitmain founders Jihan Wu and Zhan Ketuan will step down as directors. The transition phase, in which the engineer Wang Haichao should take the tax, has been initiated since December. The same day, a radio in Texas reports that Bitmain is closing its mining farm in Rockdale. Set up in a former alumium melt at a power plant, the mining center was to become the largest bitcoin mine in the United States, with 7,000 to 8,000 miners. Four days later it is announced that the office in Amsterdam will be closed, mainly responsible for the BTC.com mining pool.

When Bitmain has the incidents commented on, a spokesman in dry words merely says that the company is concentrating on its core business. In fact, bitmain grew rapidly in 2017 and is expanding. The recent closures and layoffs are still far from the 50 percent off the rumors. If it stays that way, Bitmain is likely to overcome the crisis with relatively soft cuts.

If you look at the hashrates, Bitmain continues to be one of the absolute top miners. The company’s two large pools, Antpool and BTC.com, are among the leading pools in both Bitcoin and Bitcoin Cash.


Hints from chief of the Hong Kong Stock Exchange

The IPO in Hong Kong, from which Bitmain had hoped for a capital injection of more than ten billion dollars in the fall of 2018, is becoming more and more uncertain. After the Hong Kong Stock Exchange had been hesitant before, CEO Charles Li Xiaojia becomes clearer at the World Economic Forum in January 24, after journalists asked him about the planned IPOs of mining companies Bitmain, Canaan and Ebang look.

Li answers with general but well-informed statements about how to go public in Hong Kong. The stock market decides whether a company is suitable due to its business model. At the same time, continuity and sustainability are important. “If a company has earned billions of dollars through Business A but suddenly says they want to do Business B without showing results, then I do not think the Business A mentioned in their application is sustainable.” “Will Business A continue to be lucrative if regulators so far keep their hands off but want to regulate it in the future?”

Li is referring to the fact that the three major mining companies make their profits almost exclusively by mining, but profess to enter the field of artificial intelligence. One has to know that China has made research into Artificial Intelligence the topic of the future and is about to overtake the USA in this area. The mining companies have probably promised better stock market opportunities by highlighting Artificial Intelligence in their IPO filings. Bitmain wrote about being “a strong competitor in the AI ​​chip industry” and keeping up with Nvidia and Google – while 94 percent of revenue continues to come from the sale of mining ASICS.

Furthermore, Li points out that the cyberspace administration of China has recently introduced a new regulatory framework for blockchain companies, which should come into force in the coming months. This could regulate some Bitmain businesses that are unregulated, such as wallets, block explorers or even mining pools.

With a sort of annual review Bitmain reacts on January 21 to the many rumors that the company is about to go bankrupt. In it, the company is optimistic. 2018 was a great year

Bitmain first developed a new generation of 7nm Asics and set new standards in speed and efficiency with the Antminer S15. With the Sophon project, the company then launched the second generation of AI chips, both for machine learning and facial recognition. Bitmain also offers a light version of these chips as a USB stick. The idea is that you supplement the normal systems with the chips, and already the computer has a turbo, when it comes to the difficult operation of the face recognition. You could say Bitmain is developing chips for the Chinese electronic surveillance state.

In addition to hardware development, Bitmain 2018 has also positioned itself as an investor. For example, the company has invested in the Wallet Circle. It’s probably all about establishing a crypto-dollar. Bitmain has also invested in open source developers. The company does not give a name, but says “we already have a lot of them, and we look forward to doing so again in 2019.” Even the Hardfork of Bitcoin Cash was a good thing: “It was exciting to see how different passions have fought over the future of cryptocurrencies. “

After the rapid expansion of the past year, it is time to “streamline our business.” The portfolio has become so broad that it now faces the problem of choice. “And we had to choose something this year.” Focusing on “back to our core mission and the activities that best fit our vision.” The company will become leaner.

Bitmain believes that cryptocurrencies will play a major role in finance and that Asic miners will remain an integral part of securing cryptocurrencies. “As one of the world’s leading high-performance chip makers, we believe that it will be important for Bitmain to meet this need by building on our innovations such as the 7nm Asic.”

With this turn back to the core business, Bitmain comes close to what the head of the Hong Kong Stock Exchange in Davos publicly demands. Maybe it will be something with the IPO.

Bitcoin and Co.: US interest rate hike shakes up the crypto market